Socrates, Plato, and Aristotle founded ideas that stand the test of time. 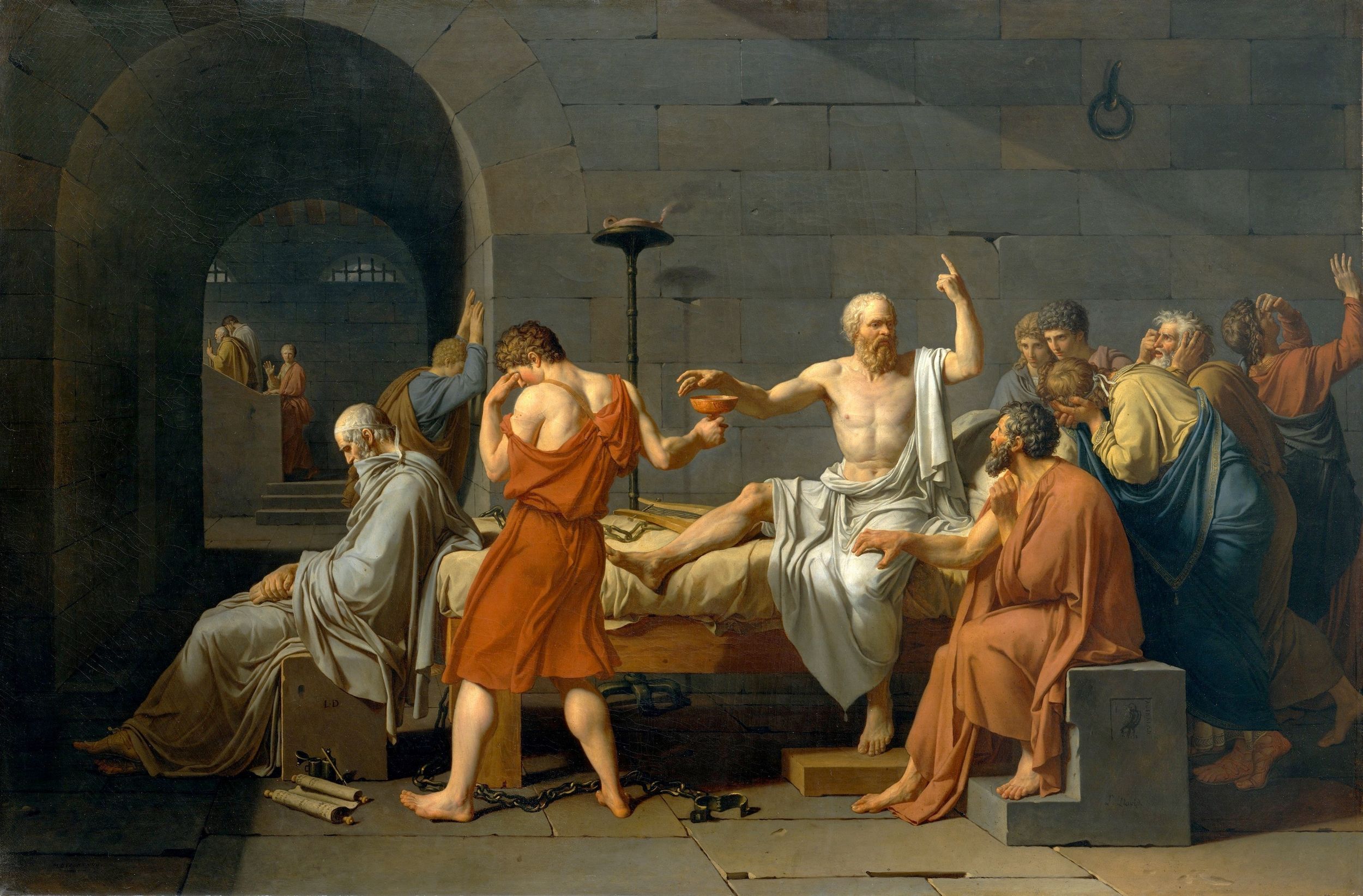 Ancient Greece brought many gifts to the world, whether it be democracy or philosophy. Although ancient history may seem archaic and irrelevant at first glance, that is really not the case upon further contemplation. Greeks were quite advanced for their times, bringing along revolutionary contributions to civilization, politics, science and the arts.

"The highest form of human excellence is to question oneself and others."

Socrates encouraged people to question everything and anything, including themselves. He strongly believed that by being free of assumptions, humans can better themselves. Socrates was unapologetic about his beliefs and always stood his ground, even when it cost him his life. Basically, he wasn't afraid to speak the truth, and if that meant hurting people's feelings occasionally, then so be it.

In particular, Socrates was famous for his method of inquiry in which he would break the subject matter down and ask questions to stimulate critical thinking in intellectual discussions. This way, all presumptions could be cleared and all parties partaking in the debate could engage in the search for the same truth. Socratic circles and debates are based on these principles.

Socrates was one of the first philosophers to develop ethics. Till date, people continue to engage extensively in the debate of the human condition— about what is right and wrong, good and evil. By actively listening and participating in intellectual discourse, people can avoid misunderstandings and unnecessary arguments. Two things to remember are to ask questions and think critically. You do not have to take everything at face value and blindly agree with everyone else. It's okay to question things and have doubts because trust me, you are not alone.

Socrates prided himself on the fact that "he knew nothing." He always wanted to learn, and for simply recognizing that he was not all-knowing, he was smarter than everyone else. That recognition and acceptance is something more people could use today.

2. Plato's Allegory of the Cave

Plato introduced the idea of an ideal Republic and human blindness to the truth. He wanted people to climb out of their “caves” of darkness and ignorance, and step into reality and truth. In a world saturated with polarization and bias, his beliefs couldn’t be more relevant today. By accepting that people’s ideas of reality are inevitably filtered by subjectivity and ignorance, Plato encourages to actively seek transcendental reality. Not to mention, a term commonly used today, Platonic love takes its name from Plato himself.

In an era of alternative facts and media bias, it doesn't hurt to fact check for yourself. The world is filled with people living in their own bubbles. Ignorance is everywhere, but here is the good news. It is never too late to leave the cave and find your reality. Learning and acquiring knowledge is a lifelong process, definitely not limited to first twelve years of schooling. It can be hard to admit to others and yourself that you are unaware of certain things in the world, but the only way to fix it is your willingness to seek out the truth for yourself.

More than 3000 years ago, Ancient Greece laid the foundation for the Olympic Games. The Olympics demonstrate strength and performance, but also capture human competitiveness. The competitive spirit continues today in schools, workplace, and athletics to push limits, motivate people, and secure rewards. Fair competition also promotes cooperation and teamwork— all of which are part of our daily lives today.

"It is the mark of an educated mind to be able to entertain a thought without accepting it."

Aristotle believed that we live in a world made of facts, and in order to perceive knowledge, people need logical and methodical discourse. Logic and reasoning paved the way for modern sciences, including biology, psychology, and physics. Aristotle's ideas conflict with Plato's in that not everything in life is subjective and open to interpretation. Instead of finding your truth, he encourages people to find the truth.

5. A Search for Happiness

"The unexamined life is not worth living."

Socrates firmly believed in human virtue and goodness. He felt that the world could always use more kindness, and that notion stands just as true today. In particular, a school of thought known as Stoicism emerged as a way to respond to daily endeavors in human lives. In modern-day language, Stoicism means to "keep your cool" in chaotic situations. The main points that Stoics focus on are:

A search for inner peace and happiness are the goals. People are encouraged to overcome difficulties, recognize their impulses, and understand what is within their control. Introspective thinking and being present in the moment are two principles that stand the test of time.

Whether it was introducing critical thinking, analyzing human nature, or questioning the moral compass, early philosophers asked and answered essential questions about life. Ancient philosophy is still relevant today, not only because it tells us how to think, but also what is important to think about in life.