5 Haunted Locations In Arkansas That You Can Actually Visit
Odyssey

5 Haunted Locations In Arkansas That You Can Actually Visit 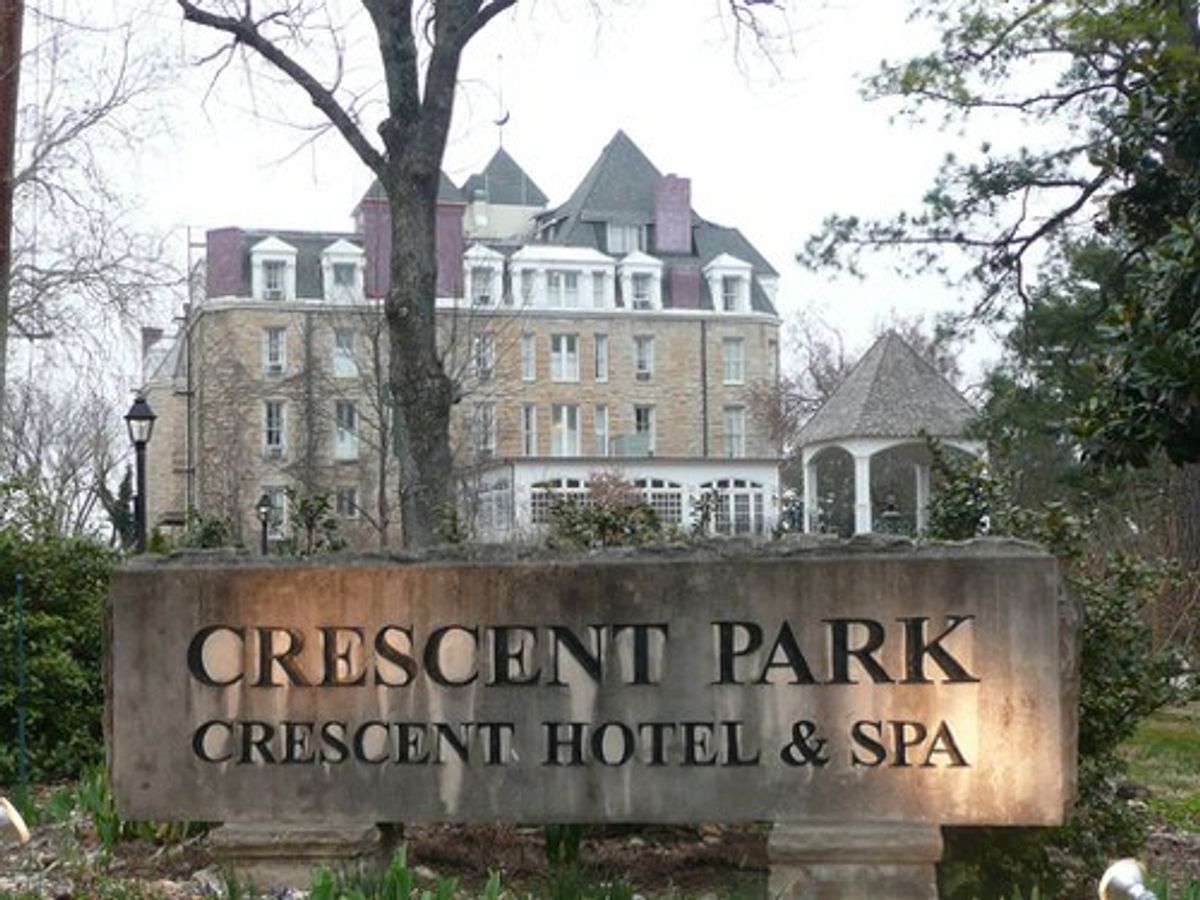 Ghost Adventures, Ghost Hunters, A Haunting, these are just a few of my favorite things. I don't ask for much. All I wanted for my birthday, which is ten days from Halloween, this year was to go to a haunted house/location that wasn't 18 hours away or closed to the public. I did research for hours and after pouring over different "Haunted America" sites and google searches I finally compiled a list of paranormal locations in Arkansas that one can actually visit/ghost hunt/wimp out at. In no particular order they are as follows:

Built in 1906, the Allen House is located off North Main St. surrounded by a gorgeous Victorian wrought-iron fence. Joe Lee Allen built the home in hopes that it would be the most impressive the town had ever seen. Along with his wife, Caddye, and their three daughters, they began a life in their new fantastic home.

It was the year of 1949 that would begin the eerie legends surrounding the Allen family and their home. Their second daughter, Ladell, consumed mercury cyanide-laced punch on Dec. 26, 1948, in the master suite of the family home. She died one week later. Her mother sealed off the room and it would not be entered by anyone for nearly four decades. Why did she do this? Was it suicide or murder? Local legend says that she was to marry a handsome older gentlemen who was already betrothed.

Asking Ladell to wait for him, he left to tell his betrothed that he no longer wished to be with her. After weeks of waiting, Ladell received a letter stating that her love was not coming for her, that he had decided to stay with his wife. Distraught, Ladell committed suicide. There are actually several different interpretations of the story of Ladell's fate.

You can actually explore the house day or night by taking a ghost tour. Here's the link: www.allenhousetours.com

In 1906, first owner Dr. J.O. Rush and his family inhabited the freshly built home. Rush actually served as a physician and surgeon for the railroads, making the home his personal operating room. Day and night, their home was filled with the maimed and injured, especially those involved in railroading accidents.

Over the years, several paranormal investigators and groups have surveyed the house and came out with incredible electronic voice phenomena. For us nonprofessionals, the now museum holds "lock ins" as well a ghost tours.

The McCollum-Chidester House now stands as a museum, like most older haunted homes. Mr. Chidester, whom the museum is named after, delivered mail for a living. Union General Fredrick Steele commandeered the house for five days during the battle at Poison Spring, which is nearby. Mr. Chidester was actually accused of spying for the Confederacy. He supposedly confiscated Union mail from his stagecoach and turned it over to the Confederate troops. Bullet holes can still be seen in a wall upstairs where Union soldiers fired at Chidester, who was hidden in a small closet in the home. The paranormal investigation group "Spirit Seekers" visited the civil war house-now museum and heard the words “GET OUT!" with thier own ears, not on an electronic device. They also captured a mirror in the room reflecting a man in a three piece suit and a cane standing behind their photographer as he took a picture. No one was with the photographer at the time, they swear.

Legend has it a man who lived back in the early 1930s stayed inside an old log house on top of a mountain southeast of Drake Field airport in Fayetteville and has a pretty bad tendency of getting black out drunk. One night, the man came home inebriated. His wife was caring for their sick child, who was crying very loudly in pain. The man became so angry at the baby for keeping him awake that he jumped out of bed, grabbed the baby, stumbled outside and threw the baby down their water well. The wife in complete hysteria grabbed the well rope and jumped in to save her poor child. The horrible excuse of a man simply took an axe and cut the rope, leaving his wife and child in the well. He left town, and was never seen again.

It is said when the moon is full you can walk by that well and hear the screams of a woman and the cries of an infant.

Probably the most well-known ghost of the Crescent is Michael, a builder who helped in the construction of the hotel in 1886. He fell to his death in what is now Room 218, which is also now the most requested room in the hotel. He's said to have been a good-looking man who often got in trouble for flirting with any good-looking woman that happened to walk by. Michael is still known for turning his attention to only female guests.

Dr. John Freemont Ellis is another ghostly guest of the hotel. He was the hotel physician during the Victorian Era. Dressed in top hat and a new suit, he is sometimes seen on the staircase from the second floor to the lobby. It has been reported the smoke from Ellis' tobacco pipe is sometimes smelled near the elevator. There is even a severely spooky legend about him doing awful experiments on guests and servants with no families to come looking for them.

The ghost tours are to die for, check on times and pricing at http://www.crescent-hotel.com/

* all photos belong to www.arkansas.com.