I don't believe in resolutions, but I do have general goals. 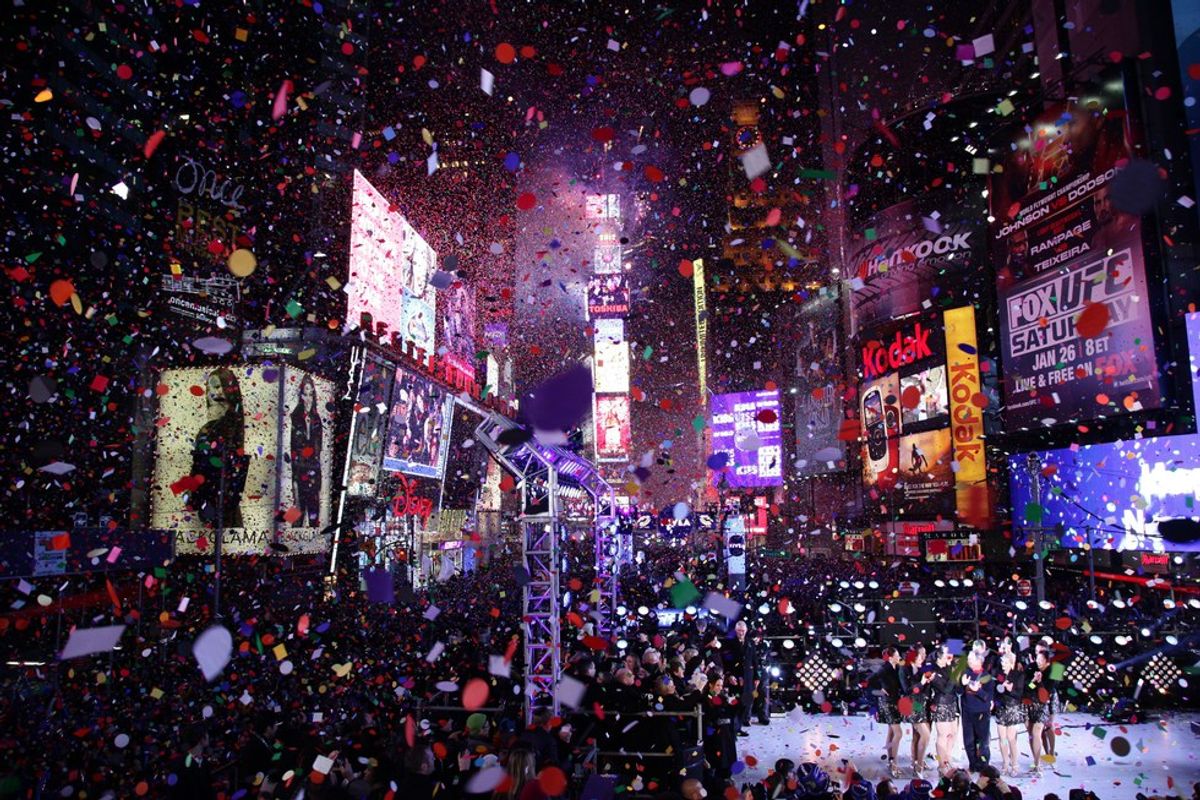 Now that Christmas is over, it's time to move on to the next (and final) big holiday of the year: New Year's! While I don't really believe in making specific, concrete resolutions that will inevitably fail like going to the gym twice a week or following a strict diet, I do have more general goals that I would like to accomplish in 2017. Without any further ado, here's what I'd like to do next year.

While this goal does include both working out and eating better, I want to make it broader for the whole year. I know fully well that attempting a set workout schedule and super strict diet would just lead to me doing absolutely nothing to accomplish what I want. I'm not looking to lose a specific amount of weight or wear a specific size of clothing; all that I want out of this goal is to feel better, healthier. I know that if I get healthier, I'll feel better in my own skin, and that's important to me

2. Be Happy With My Relationship Status

Whether this means being happy in a relationship or out of one, I want to be content. I have spent the last year and a half chasing a relationship, and I've been pretty unhappy because of it. This year, I'm determined to be okay with whatever happens. That isn't to say that I'm rejecting the idea of a relationship this year; all I'm saying is that I'll learn to be okay with and even happy with being single if I don't find myself in a relationship. My life shouldn't revolve around whether or not I'm single, so I'm not going to let it anymore. On the same note, I also won't let myself wind up in an unhappy relationship just to be in one; I want to be happy in whatever capacity I can be.

3. Work On My Procrastination Problem

This is by far my biggest issue when it comes to school. I'm not saying that I'll automatically stop procrastinating when it comes to school, but I'd like to think that I'll at least make some progress. I will admit that I work better under pressure, but I'm sick of getting worked up because I've put something off so late that I'm genuinely unsure whether I'll finish it or not. My anxiety is bad enough on its own without making it worse, so I really want to take steps in the right direction.

I've gotten myself into the habit of forcing myself to work through my depression and anxiety no matter how bad it gets because I've convinced myself that, if I don't, I'll ruin something somehow. What I really need to do, however, is slow down every once in a while and just breathe. Sometimes I put less important things ahead of my mental health, and I know that it's why I've been steadily declining throughout 2016 despite going to counseling consistently. I need to start doing what I need to in order to actually get better rather than simply pretending that I'm OK all the time.

I used to read at least a book a week, but now I never even pick up a book that isn't for school. I got a book from a friend for Christmas, and it was the first book I read start to finish simply for pleasure in at least six months, if not longer. I stayed up and read the entire book the same night that I got it, and it reminded me of why I always loved doing that and how much I've missed it. I'm not going to set a monthly goal or anything, but I really do want to read more. It isn't that I don't have the time; I'll just have to consciously choose books over Netflix sometimes.

While there are other things I will hopefully accomplish in 2017, these are the big ones that I'm determined to succeed in. Hopefully this time next year, I'll be able to say that I did all five of these things throughout the year, but I won't know until then.