My 5 Favorite Things To Do In Kansas City
Odyssey
CurrentlySwoonLifestyleHealth & WellnessStudent LifeContent InspirationEntertainmentPolitics and ActivismSportsAdulting
About usAdvertiseTermsPrivacyDMCAContact us
® 2023 ODYSSEY
Welcome back
Sign in to comment to your favorite stories, participate in your community and interact with your friends
or
LOG IN WITH FACEBOOK
No account? Create one
Start writing a post
Lifestyle

My 5 Favorite Things To Do In Kansas City

My heart belongs in KC. 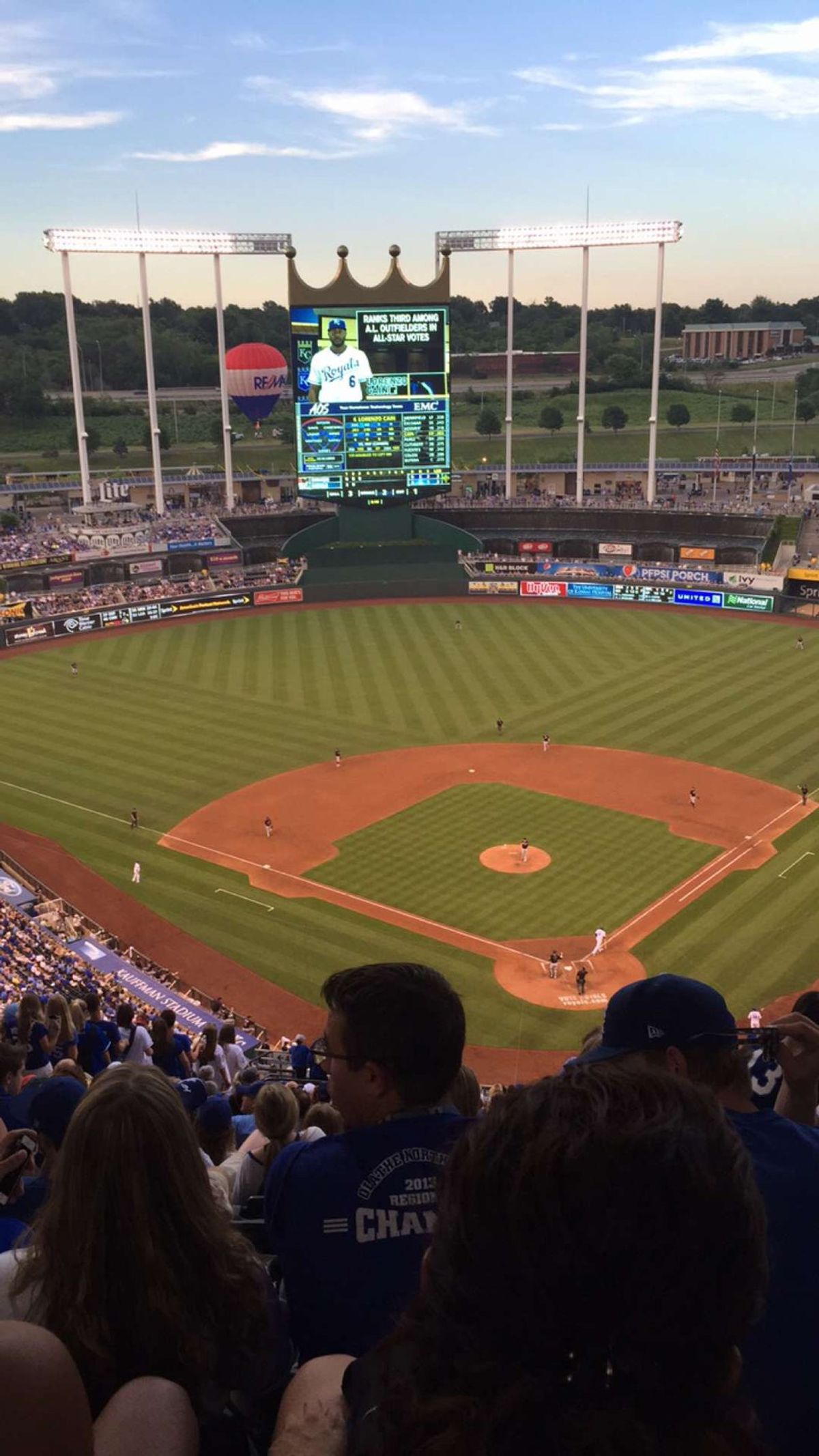 This past year Kansas City has become one of my favorite places to visit. Several of my friends from freshman year live in or all around KC. It's weird to think that a place I really didn't even care or think about is now a place I would consider spending the rest of my life. So if you've never been to KC, and you're from a small town, here are five things you should do.

1. Get a ticket for a Royals Game.

The atmosphere is amazing at Kauffman Stadium. We tailgated before and then went in, and even though we were in the nosebleeds, I still had a great time! When you look around its like you're in a sea of blue. I loved seeing how proud everyone was of their city.

So because I was going to a Royals game I had to buy a KC shirt. So my friend Payton took me to Sheels, which is like any sporting goods store times like 40. There's even a Ferris wheel inside of the store. I have to admit it was one of the coolest stores I've ever been to.

The Plaza is huge, and has about any store you could want. I'm obsessed with shopping so I was basically in heaven. I could have probably spent a whole day here alone. Plus the lights are amazing at night.

4. Go see a movie at Cinetopia.

We wanted to go see a movie so my friends took me to Cinetopia, which has couches for you to lay on while watching the movie instead of seats. Now I don't want to watch a movie any other way.

Growing up in a small town in Southern Arkansas, we never really could be spontaneous. But you definitely can be in KC. There's just so much happening, and I love it. For example, on Friday morning we saw a commercial for a concert for Saturday night and of course we had to see if there were still tickets. So now we're going to a concert tonight. Not having a plan is sometimes the best plan.

Nicole Marie Nigro
Individual Creator
9469
c1.staticflickr.com
Where to start...... Let me start with the cliche that life throws us curveballs and what we do with it is what counts.