5 Everyday Phrases That Have Lost Their Meaning
Odyssey

5 Everyday Phrases That Have Lost Their Meaning 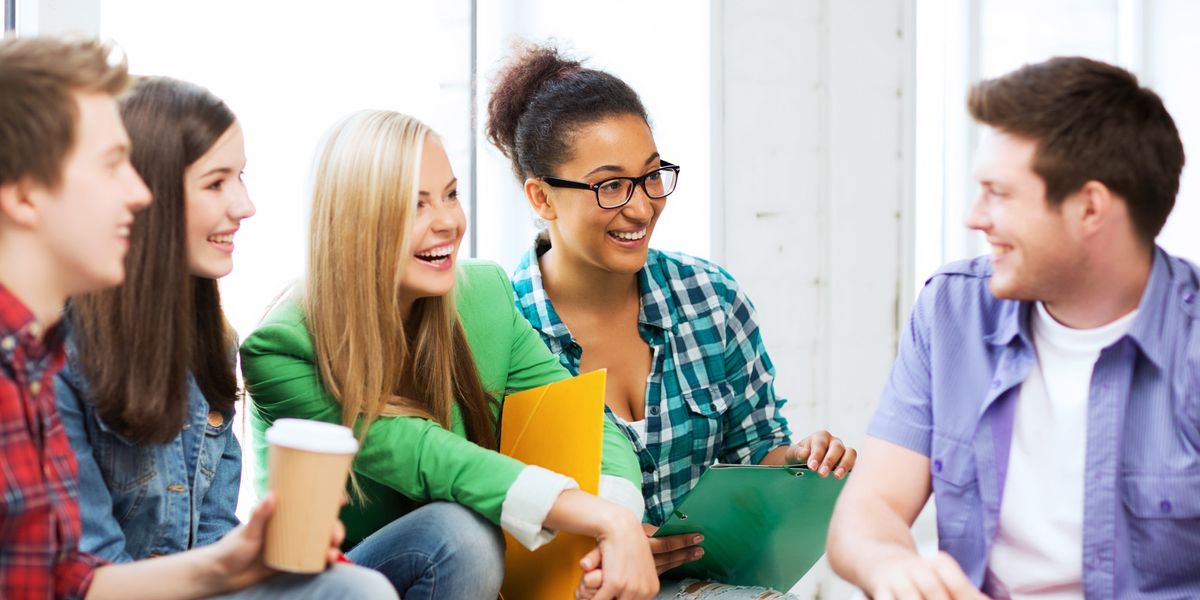 There are any different instances in which what you’re hearing or reading isn’t exactly what someone means. In an age where all we look for is the approval of others, conversely, we look to make sure that we’ve approved of something as well. We want to see our names on lists and our comments under pictures. That’s why there are “likes” on Instagram and god forbid someone doesn’t know that we enjoy the landscape picture that looks just slightly different than their last landscape picture. The more we use these words, the harder it is for us to convince everyone that it means the same thing.


Here are just 5 words and phrases that have lost their power over us.

Let me set the scene for you, as I’m sure you’ve experienced many times before. You’re getting ready to go to a party/concert/dinner/friend’s house, and you’re anxious to leave. You don’t want to be late, and you feel like having fun and not driving later. Your friend who you’re attending withsaid event with said they’d pick you up. You have to be there in about 15 minutes and your friend texts you and says, “Yo, I’m outside.” Sweet, you finally get to get the night started. You make sure your door is locked and you walk outside to see… an empty driveway.

Admit it, you’ve done this at least once before. But why? What benefit does this afford you to text someone other than to annoy them once you’re actually outside their house 15 minutes later. Maybe they were stressed about leaving and rushed outside? It also lets your friend know the degree to which you value their time. How hard is it to just wait and text someone when you’re actually outside of their house? Or better yet, why not avoid the confusion entirely and actually knock on their door when you’re there to pick them up? Unless you feel like being cruel and ding dong ditching them, it’s a full proof way to make sure your friend knows that you’re actually outside.

Here’s the Webster definition of awesome; extremely impressive or daunting; inspiring great admiration, apprehension, or fear. Is getting Chik-Fil-A for lunch really awesome? I mean, I understand the significance of getting an A on a midterm. But does that really inspire apprehension or fear? The list of mundane and ordinary items or tasks goes on and on. It really makes me consider how "awesome" your life can really be if getting Girl Scout Cookies is the most awesome part of your day. Not taking anything away from Girl Scout Cookies (Samoas over everything), but I think we can afford to dial it back here a little bit.

Also, think about everything you’ve described as awesome. Tacos, pizza, and puppies have all received that lovely moniker recently. But how can you call tacos awesome and then immediately go to the Grand Canyon and call that awesome? You’re really comparing the two? I mean, you’ve already used awesome on tacos and who knows what else before this incredibly awe-inspiring event, what can you really say about it now? Sounds like a slight vocab quiz is in order. And yes, I understand some things are truly great in the moment, but I think we can collectively adjust this level of thinking and save the awesomeness for things worthy of the word.

Oh, my goodness gracious, if we all had a dollar for every time we’ve used this. I mean literally, we do it like a thousand times a day. See what I did there? And I wasn’t even trying to be literal, which somehow has become the common use of a word that is supposed to mean what ACTUALLY happened. But did you LITERALLY have a heart attack when you almost dropped your phone and your headphones saved it? Did you LITERALLY want to die when your food came out faster than you expected it at your favorite restaurant? Did your mother text you LITERALLY a thousand times while you were in a movie? More than likely, not. Of course, when something is incredibly exciting or happy or depressing, we want to convey our feelings and emotions as accurately as possible. Whether that’s actually something we can do is still to be decided.

This term has lost so much of its original meaning that if you look up its definition there are now two. The first one is the original; exactly, in a literal manner or sense. Pretty straightforward, right? Well that’s until you get to the curveball that is the second definition; used for emphasis or to express strong feeling while not being literally true. I’m going to pause here so you can read that again.

Okay, we’ve used the word literally in the exact opposite way for so long that it’s actually a part of the definition of the word! Literally, the word literally means literally and also the opposite of literally. I’m annoyed that I live on a planet in which that sentence makes sense.

So first of all, no. This isn’t Night of the Living Dead, nor did I suddenly stumble into the magical world of Zombieland. Whether it’s through laughter or cuteness or some other overwhelming emotion you’re feeling, I’m almost positive it’s not enough to kill you. Plus, how can that even be a positive reaction to something?

Friend: Did you like that part in the movie?

Really? That good huh? Well while you’re busy perfecting immortality, please tell me about the afterlife. Although, I’m sure it can’t be much different than when you died roughly fifteen minutes ago and lived to tell about it. Why dying? Why is that the way to convey how strongly something impacted you? There are so many other ways to describe how something made you feel or how you reacted to something that don’t involve your lack of a heartbeat. Those puppies can still be cute and your favorite artist can still tweet at you, just make sure you’re still breathing so you can brag about it.

There are a few terms that should be reserved for maybe four or five people in your life, this being one of them. Yet in this day and age, everyone and everything says I love you. And about 99% of it is the most disingenuous, empty worded statement aimed at anyone who’ll feign listening. To bring it home here, we all look for different forms of approval from other people; Both in external approval and acknowledgment of our approval of others. For some reason, we just can’t stand the idea that people might possibly think that we don’t like them. So instead of trying to temper this for every individual we know, we go 0 to 100 real quick and immediately tell whoever will listen that we love them.

Now like I said, roughly 99% of this is not at all genuine. Which then makes the other 1% less powerful. What does it mean to someone whom we actually love more than anything in the world, that we’ve told ten other people we love them today too? And if we’re asked why we love them? Or if we do really LOVE them? What answer can we give?

Honestly, I enjoy the fact that we’re becoming more expressive and outgoing with our emotions. But that can come at a cost; in this case, that cost is genuine FEELING. We all just speak and talk off the cuff and hope something sticks. If we can just put our heart and soul back into our words, we can make these genuine connections with other individuals that we miss out on. All we need to do is mean what we say, and say what we mean, and emotionally we’ll all be in a better place.