The 5 Most Disappointing Movies Of 2016 So Far
Odyssey
CurrentlySwoonLifestyleHealth & WellnessStudent LifeContent InspirationEntertainmentPolitics and ActivismSportsAdulting
About usAdvertiseTermsPrivacyDMCAContact us
® 2023 ODYSSEY
Welcome back
Sign in to comment to your favorite stories, participate in your community and interact with your friends
or
LOG IN WITH FACEBOOK
No account? Create one
Start writing a post
Entertainment

The 5 Most Disappointing Movies Of 2016 So Far

Warner Brothers and DC struggle, while Disney and Marvel thrive. 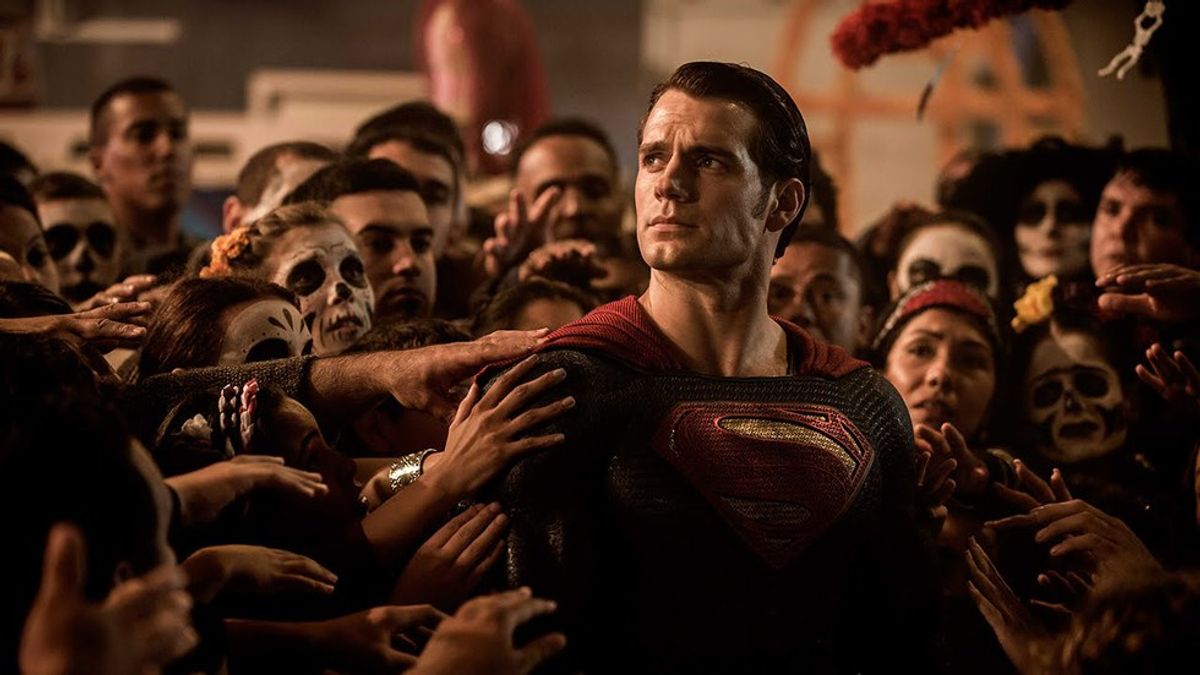 As good as most of the movies released in 2016 have been with Disney doing most of the heavy lifting, there are always that odd projects that fail to garner the anticipated revenue at the box office, or fail to impress on a level as befits the expectations of the critics. Then there are films that are just downright bad. As talented as professional filmmakers maybe, they are also human, which means they won't get it right all the time. Whether it was the failure of the screenwriter to construct an adequate story, a lack of chemistry exhibited by the actors, or the director making a series of creative misjudgments, a movie can unravel on many levels and this year has generated its fare share of noteworthy debacles.

Here are five of movies that have caused many in amongst the critics and general audience to bat an eyebrow so far.

Every once in a while, Hollywood big names will get together to show off their star power in the form of a movie that celebrates a particular day in the year. This year it was "Mother's Day." In spite the allure of names, such as Kate Hudson and Julia Roberts, it seems movie-goers learned their lesson from the failure of "Valentine's Day."

Grossing $43.8 million on a $25 million budget, movie buffs were right to avoid this film. Like "Valentine's Day," "Mother's Day" was the target of overwhelmingly negative reviews, with critics panning the film for the embarrassing lack of effort exhibited by an otherwise star-studded cast, culminating into a seven percent rating on Rotten Tomatoes. Yikes! We knew it was going to be bad, but bad enough to spoil Mother's Day?

As the sequel to "Snow White and the Huntsman," there was actually plenty of potential for "The Huntsman: Winter's War" to be a runway hit. Hiring Frank Darabont, writer of the universally acclaimed "Shawshank Redemption," to be apart of the writing staff, the film experienced further hype when Universal announced that they had acquired acting services of Emily Blount and Jessica Chastain after discarding Kristen Stewart, who had a forgettable stint portraying Snow White. However, the first signs of trouble became evident in January when Darabont exited the project due to creative differences.

The lost of Darabont's cinematic insights proved disastrous. Despite strong performances by Blount and Chastain, their efforts could not save a film built from a script riddled with cliches and thin on character development. Accruing $164.6 million on a $115 million budget, the film failed to strike a favorable chord with the general audience as it did with the critics, who gave it a mere 16 percent rating on Rotten Tomatoes.

With the success Disney has been having with the Marvel Universe, no studio has faced more pressure to pump out a bonafide superhero film than Warner Brothers. Unfortunately, "Suicide Squad" hit the the theaters just in time to make it onto this list. Featuring an all-star cast as some of DC's most iconic super villains who team up in a hero-esque fashion, "Suicide Squad" was anticipated to be one of the biggest hits of the summer.

However, after widespread negative reaction to "Batman v Superman: Dawn of Justice", Warner Brothers grew anxious and sunk their claws into the efforts of "Suicide Squad" director David Ayer. Rushing the movie's production, the self inflicted wounds resulted in a sloppy, muddled script and over-editing that sucked the wind out of the performance delivered by former Academy Award Winner Jared Leto as The Joker. In fact, the acting is the only thing that's worth any sort of complement, particularly the efforts of Margot Robbie (Harley Quinn) and Will Smith (Deadshot), both of whom saved this disaster of a movie from becoming an outright suicide.

While this movie is recording good numbers at the box office, and will likely surpass its $175 million budget seven times over, it suffices to say that with a 26 percent on Rotten Tomatoes, no one was expecting "Suicide Squad" to be so egregiously reviewed. In fact the critics have been so harsh on this movie that diehard DC fans have petitioned for Rotten Tomatoes shut down. Unfortunately, lashing out at the critics doesn't change anything; if its a bad movie, its a bad movie. After all, an astronomical number of DC loyalists were probably all smiles when the same site gave "The Dark Knight" a 94 percent rating.

It has been a tough year for Warner Brothers. With the ignominious failure of "Suicide Squad," its embarrassing to believe how such a reputed studio could be so bad at making superhero movies, and it all started with "Batman v. Superman: Dawn of Justice." This movie wasn't an entire travesty of epic proportions; the dark and alluring cinematography employed by Zack Snyder can be deemed appropriate since most DC story lines involving Batman tend to feature a certain moroseness. However, that was where all the trouble started: the cinematography.

Throughout the shooting this movie, Snyder became so bent on demonstrating his prowess with visual effects that he forgot he was suppose to be telling a story. With next to no effort concentrated on the writing, a confused, fragmented script is what translated directly onto the big screen. Combined with faulty editing, this induced paper thin scenes lacking in any real depth, and little time for the actors and actresses to flush out their characters. Jesse Eisenberg, who portrayed the infamous Lex Luthor, was the primary victim of this.

Grossing $872.8 million at the box office, the movie was still a hit. But unlike "Suicide Squad," critics and the general audience were less divided in their unanimous negative assessment of the film. While "The Ultimate Edition" slightly redeemed this movie, it failed to deliver where it counts most: in the movie theater.

To be fair, "X-Men: Apocalypse" wasn't a bad movie, but given how it performed in the box office and how it was reviewed, it was definitely a far cry from the hype surrounding it before opening in theaters. The storytelling was adequate and the transition between scenes wasn't as choppy as was witnessed in "Batman v. Superman," however the main issue was depth and innovation.

The movie gets off to great start, containing more than its fare share of humor and even going out its way to make fun of itself. However from the middle to the end of the story, thats when wheels fell off for Bryan Singer and Fox. Introducing a plethora of new characters that included comic book favorites Psylocke and Angel, "X-Men: Apocalypse" ultimately failed to compliment the strong performances of Michael Fassbender and Oscar Isaac by denying the necessary screen time for Olivia Munn and Ben Hardy to be effective. Even Rose Byrne, who plays Moira McTaggert, seemed to have trouble finding her niche in the story and comes off excessively scatterbrained for an FBI agent. Furthermore, choosing to follow a simply written, linear script beset with questionable story arches and unsatisfying fight scenes, the ninth chapter of the beloved Marvel franchise proved to be nothing more then a feeble attempt at becoming a derivative action flick.

Raking in a modest $534.6 million on a $178 million budget it failed to eclipse the revenue of superhero counterparts "Captain America: Civil War" and "Batman v. Superman: Dawn of Justice," while scoring a 47 percent on Rotten Tomatoes. It goes without saying that critics and the general audience thought this was a decent movie that just needed more thinking outside the box.

Nicole Marie Nigro
Individual Creator
3196
c1.staticflickr.com
Where to start...... Let me start with the cliche that life throws us curveballs and what we do with it is what counts.