From a concerned white ally. 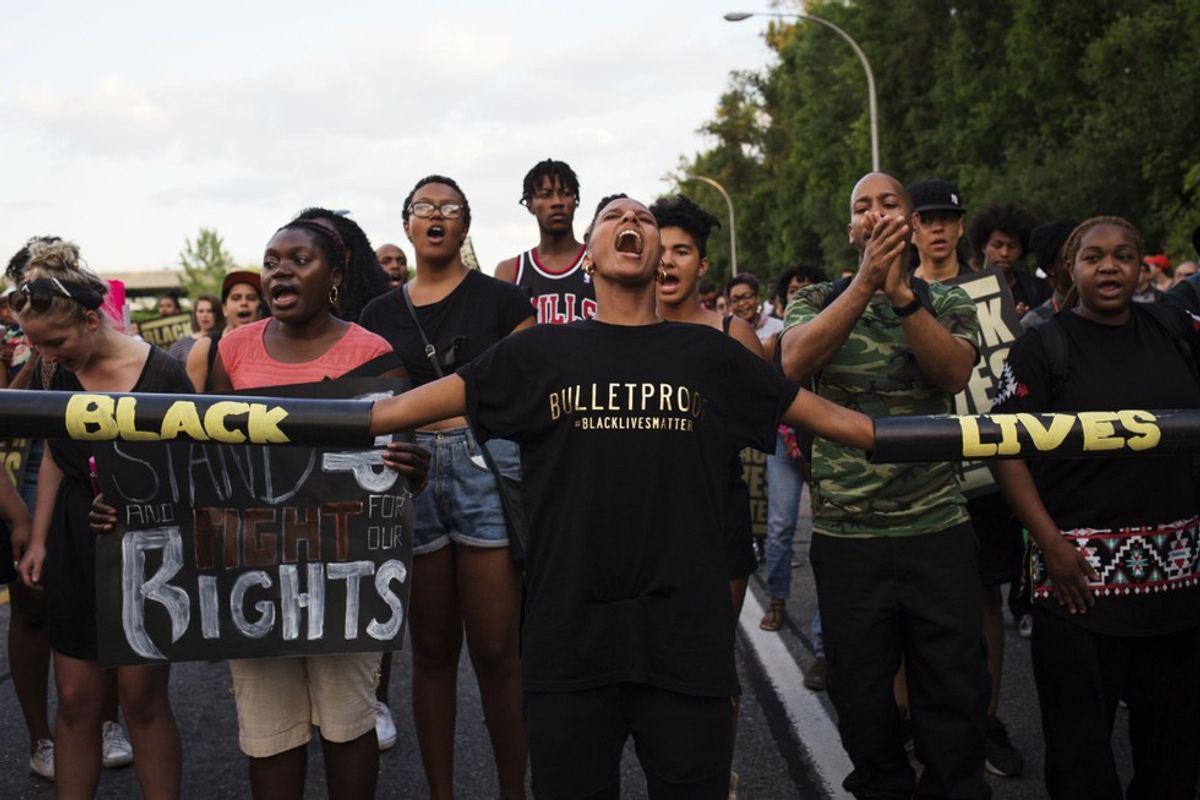 In the wake of police shootings, I see activists take to social media, using the hashtag #BlackLivesMatter or referring to the Black Lives Matter (BLM) movement. As a white person, I feel that it’s essential to progress that other white people use their voices to amplify those of the oppressed. However, any black person can tell you that white people often take up too much space in narratives about race and police violence. Instead of discussing how they can help, they make it about their feelings, something that I’ve seen in discussions about BLM. This is problematic because some white people superimpose themselves onto an issue that they don't exactly understand, and it doesn't help progress -- it hinders it. There’s nothing I can add to the movement that black activists haven’t said already, so I feel that it’s necessary to realize our mistakes as white allies and work on them together. These five points are arguments I’ve seen in response to the BLM movement, and why they’re easily debunked.

1. “I agree with the premise of Black Lives Matter, just not their methods.”

I tend to hear this from white allies denouncing the riots in the streets that take place after any number of high-profile police shootings. I can see where you’re coming from, but try to remember that the same kind of violence, vandalism and chaos can happen after a Super Bowl, mostly from white people. I’m a pacifist, but the BLM protesters deserve to be angry. They’re being senselessly murdered out of racism by the people being paid to protect them. If that isn’t cause enough for riots, I don’t know what is.

An infamous one, this one has sparked a lot of controversy, and rightfully so. In practice, all lives do and should matter. But not all lives are being shot, beaten, or choked to death for minor traffic violations. Not all lives are subject to becoming just another name on CNN or Fox News, reduced down to their mugshots and petty crimes. Therefore, it’s important that we recognize this issue as a purely black one. Until we stop looking for reasons why a black person had to be murdered at the hands of police officers, we need to keep saying “black lives matter.”

3. “What about black-on-black crime?”

This one is nothing more than a diversion. While it’s true that many black people have lost their lives to gang violence, it’s crucial to keep in mind that gang violence and racially motivated police violence are two separate entities. Simply put, blacks don’t kill other blacks because they’re black. It’s not remotely the same thing. Not only that, but if a civilian kills another civilian out of gang violence, they're usually arrested, tried and convicted. The same thing just doesn't happen if it's a police officer. BLM doesn't just focus on the loss of black lives -- they focus on the lack of justice.

In a similar vein to number two, many people use this to juxtapose the BLM movement and violence against police. Violence against police is never okay, despite what people outside the movement may think. People often use this saying to proclaim that there's a “war on police,” ignited by the BLM movement. Statistically, police are safer than ever before, with the number of police deaths steadily declining since 1973. In 2016, only 26 police officers have been killed in the line of duty. This mantra also compares a profession to a race. Police officers aren’t born blue, unlike black people, who have no choice in their struggle against racist police. Police have never been considered lesser or easily disposable because of their status as police.

A lot of white people like to sanitize Dr. King’s words and life’s work for the sake of our own comfort. People try to claim that he would not approve of today’s movement because of some violence, but the BLM movement perfectly aligns with Dr. King’s legacy. Sure, he may have said people should "not be judged by the color of their skin, but by the content of their character,” but he wouldn’t have wanted us to pretend that racial injustice doesn’t exist. He may have said things in favor of non-violence, but he also said that “large segments of white society are more concerned about tranquility and the status quo than about justice and humanity.” And he was absolutely right. We may want peace and justice for all, but unless we listen to those who need it immediately, we’ll never achieve it.

It’s hard being on the sidelines sometimes, because we can feel powerless. But we must learn to step to the side so that the voices of those who are truly suffering can be heard. We need to channel our good intentions by speaking up for the movement, instead of questioning the movement itself, which will truly be helpful to the cause.