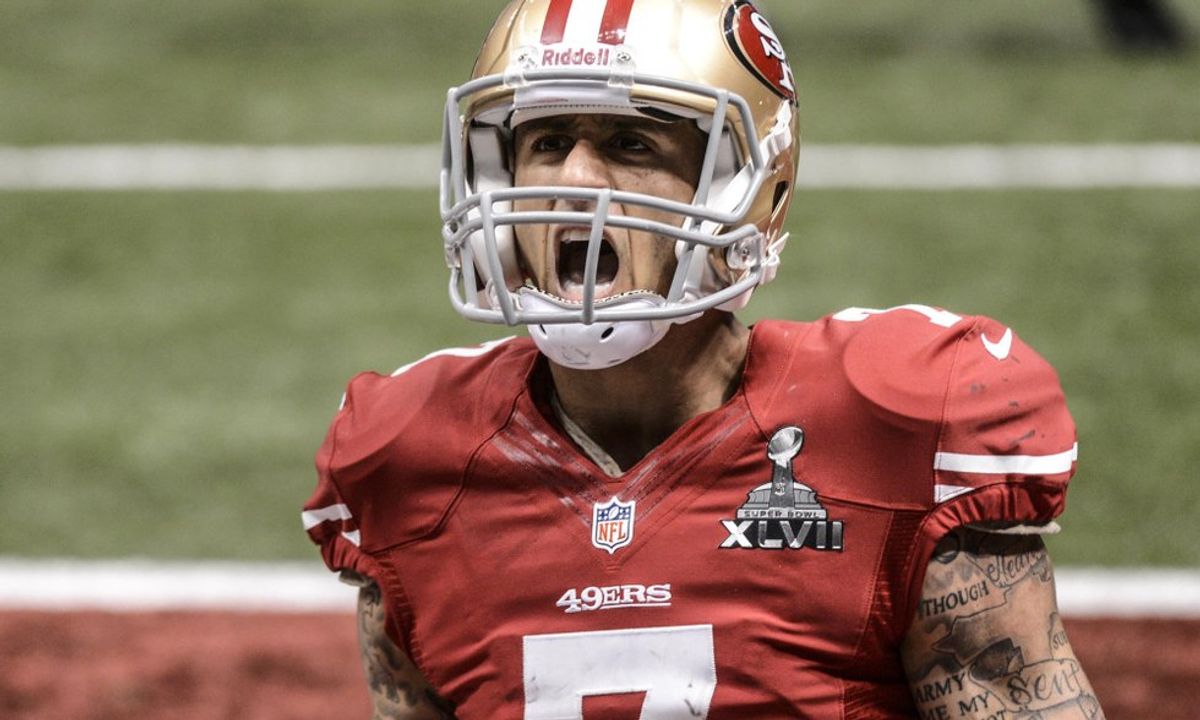 Here are just a few of the things I think take president over what Colin Kaepernick decides to do before throwing a ball around:

2. A Krispy Kreme just opened up ten minutes from my house.

3. I got to see the sun again for a week (a rarity in Alaska)

5. Trump and Clinton are tied in unfavorables

6. Louisiana is still 6 feet under water

7. The Middle East may become uninhabitable by the end of the century

8. Donald Trump got spanked by the Mexican president

10. Scientists have found a planet that may support life (Proxima B)

14. People on the FBI Terrorist Watchlist can still buy guns

18. I will never be able to see how another person percieves color

19. A new Jobs Report shows 150,000 new jobs were added to payrolls this quarter

20. Frank Ocean dropped a new album before my 90th birthday

22. Rodrigo Duterte is still president of the Philippines

25. Literally anything else. I can't believe this was a nation issue.

28. Nate Silver had to teach Trump how polls work

30. Putin may or may not have had the president of Uzbekistan killed

33. You can still meet the President even after calling him a "son of a whore"

35. The pipeline she was protesting before the arrest warrant

37. Natalie Portman is pregnant and she probably won't name the kid Luke or Leia

39. The hypocrisy from the people who claim they love the Constitution and free speech so much, yet get personally offended when someone decides to use those same rights in a way they don't agree with.

40. The fact that this was so blown out of proportion that it was national news and even the president had to comment on it.