Four Facts Everyone Should Know About The Black Lives Matter Movement

It's not a moment, it's a movement. 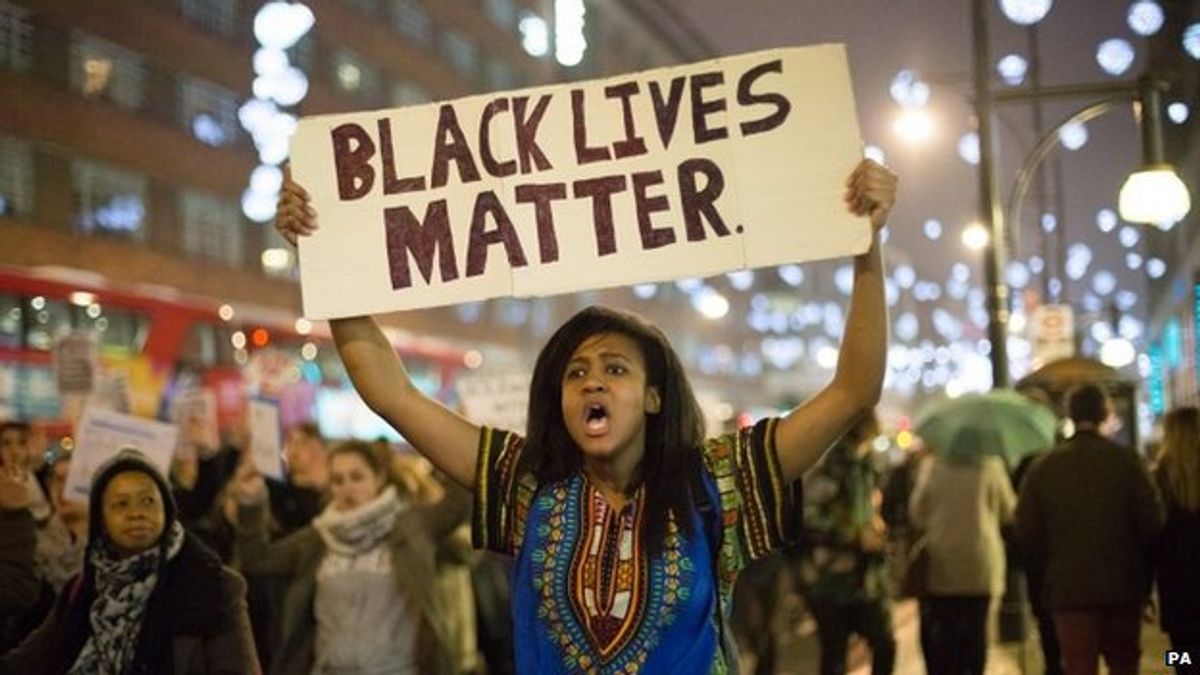 Since the hundreds of deaths of black men and women at the hands of cops in recent news, there is a movement that has surfaced and has become prevalent in our country’s culture. Black Lives Matter is a group whose goal is the prevention of police brutality and murder of black people. To put it simply, the movement wants equal treatment for people of color. Shouldn’t that already be true? I’m not here to lecture readers on the debate of police brutality and racism, but I would like to give you some basic facts about the Black Lives Matter movement. Since there has been media coverage about the group, there has been a lot of criticism about their actions, but there is not much information given about the movement and its beliefs. People are so quick to criticize the group, but not many know about the group. All some people know is that they are the group that protests against police officers, which is very broad and actually unfair to the group.

To help those who do not know much about the group, here are some facts:

1. Black Lives Matter does not mean the lives of African Americans are worth more than lives of people of other races.
The main idea of Black Lives Matter is to show that, literally, black lives matter just as much as other lives. They want to get the point across that black lives are more in danger when it comes to police interaction than, say, white lives. During this entire year, we have seen numerous incidents of the police either killing or assaulting black men, women and even teenagers. When people say black lives matter, the response should not be “all lives matter.” While, yes, all lives are precious and do matter, saying "all lives matter" gives the idea that all lives are in danger during interactions with police officers and all lives are marginalized, which is impossible. The BLM are not here to say that the lives of black men and women are superior to other races; they are here to state that they do not feel society treats the lives of African Americans the same as other races.

2. BLM is a peaceful movement.
It is unfair to say that the entire movement is violent because of certain sections of the group believe in violence against police. That is unjustly grouping everyone in the group as the stereotypical angry black people. But the main thought when it comes to protesting is peacefulness. The members want change in their society, and violence against a police officer will not help the outlook of the movement. The BLM was founded on using a peaceful approach to change the ideologies when it comes to race in America, and when people pick out how bad the group is, they pick the violent sections (of course) to support their arguments. But is that the same for other races?

3. People of all races can be a part of the movement.
Yes, as crazy as it is, you do not have to be black to join Black Lives Matter. Many different people have joined the movement because they also see the treatment black men and women receive in America. This is not a group that wants to discriminate against all other races and make African Americans superior. Instead, they want equal treatment of all races, and who else to help with that than other races? This group wants allies of other races to help fight against discrimination. One does not need to experience the discrimination first hand, but one can see it and know what is happening is wrong.

4. The problems BLM wants fixed go farther than police brutality.
Think of a tree, and the tree represents racism in our country. It begins with our roots with slavery and how, since the beginning of this country’s existence, there has been some sort or racism going on. The base of the tree is society as a whole with racism, and the many branches are the different ways racism can be shown. Police brutality may be one of them, which means the entire tree goes further. BLM doesn’t just want police to change; they want the entire country to change. As hard as it seems, it should be a simple thing to do because we need to work together to prevent racism in our country. So BLM just wants equality in America and for black men and women to not be mistreated and stereotyped. We, as a country, can do that for African American citizens in the United States, and it seems like a basic thing in America. Yes, police brutality is in the news a lot, but what about other forms of racism? Those need to be addressed as well in order to change, and that is what Black Lives Matter wants.

Now, reading this article would be confusing to some because I am a white male speaking about a movement focused on people of color. But that should not be weird because there are some bells being rung because of what happened 50 years ago, and we all say that we would take part in integration if we were alive at the time. But this stuff is still going on in America, and even though this is in a different light, there is still the aspect of inequality. So, who is going to stand up in 2015 that would stand up in 1965?