34 Ways You Know You're An English Major
Odyssey
CurrentlySwoonLifestyleHealth & WellnessStudent LifeContent InspirationEntertainmentPolitics and ActivismSportsAdulting
About usAdvertiseTermsPrivacyDMCAContact us
® 2023 ODYSSEY
Welcome back
Sign in to comment to your favorite stories, participate in your community and interact with your friends
or
LOG IN WITH FACEBOOK
No account? Create one
Start writing a post
Entertainment

34 Ways You Know You're An English Major

"English? But don't you already know that language?" 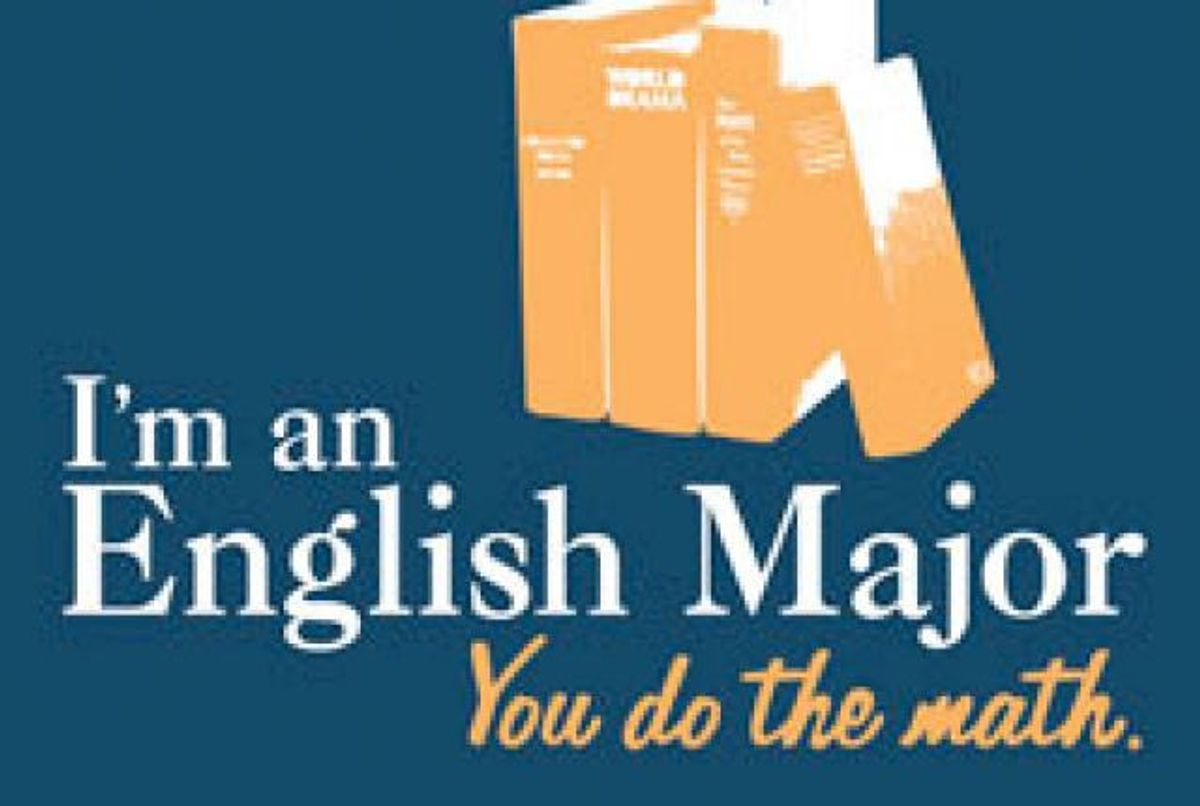 One of the best decisions I've ever made in my life was deciding to major in English. As someone who has always loved to read, I could not see myself leaving this love of literature behind upon leaving high school. The major has allowed me to expand my world view, and whether that be through the analyzing of past time periods or the ability to read works by authors of every background under the sun, the English major is one that should be treated with respect. Each major has its own quirks, but here are 34 ways you know you're an English major.

1. Microsoft Word is your bffl.

2. If your laptop died, your life would actually be over.

3. People only think you're capable of three professions: teaching, being the next Great American Novelist, and law.

4. You also supposedly have a really "easy major."

.5. You know if someone ever tries to break into your house, you could just smack them with whatever Norton Anthology is nearest to you and concuss them.

6. Between lugging your laptop and said anthologies around, there is really no need for arm day at the gym.

7. Friends and family members constantly ask you to proofread their work.

8. People also feel like they need to text you with perfect grammar and punctuation. Just don't egregiously misspell anything, and know the difference between your/you're, their/they're/there/, and to/too/two and you're good.

9. Midterm and finals season turns you into a nocturnal vampire because all you do is sit inside reading the books you should have read earlier in the semester and researching complex subjects like Marxism and 19th century British Lit.

10. You know how to masterfully sound like you read the whole novel in class discussion despite not having even turned to the first page.

11. Starbucks is the promised land.

12. It's common practice for you to type out three essays in a single night.

13. You either prefer Brit Lit or American Lit.

14. You also really love Shakespeare or hate him. If you hate him... I question you.

15. Books and plays overlap in classes. I love you "Hamlet," but like, we've spent a little too much time with each other if I'm going to be honest. Analyzing if you were actually crazy or not has made me question my own sanity.

16. "What's your favorite book?" Let me direct you to my Goodreads account, kind sir or madam.

17. You love EasyBib just as much as the next person. English majors are lazy too.

19. When people say they don't read, you die a little inside.

20.You've been told you use "big words" when you talk to people. I guess I happen to possess an expansive vocabulary.

21. Don't mess with the Oxford Comma.

23. You can analyze a reading through various lenses; Feminist, Freudian, and never forget Marxist.

24. You would live in a library if you could.

25. All-nighters are just the norm for you.

26. You don't know every grammar rule by heart. Do not ask me all the laws of commas.

27. People who hop on media-fied novels without reading the book are kind of peasants ("The Great Gatsby" fans).

29. You would rather be assigned an out of class essay than have to come to class to take a test, because you know you're going to have to write at least three short answer responses and one in class essay in a span of 50 minutes.

31. Your major offers some of the coolest classes around. For example, UIUC offers English classes about comic books and "Harry Potter." Does your major do this?

32. The books and authors categories in Jeopardy are where you shine.

33. Books have made you cry, sometimes out of genuine sadness, and other times because you're just so done with that book that you can't help but cry tears of frustration.

34. Overall, you wouldn't choose any other major but English.