While everyone is yelling about choices, I reflect upon one I made in 1986 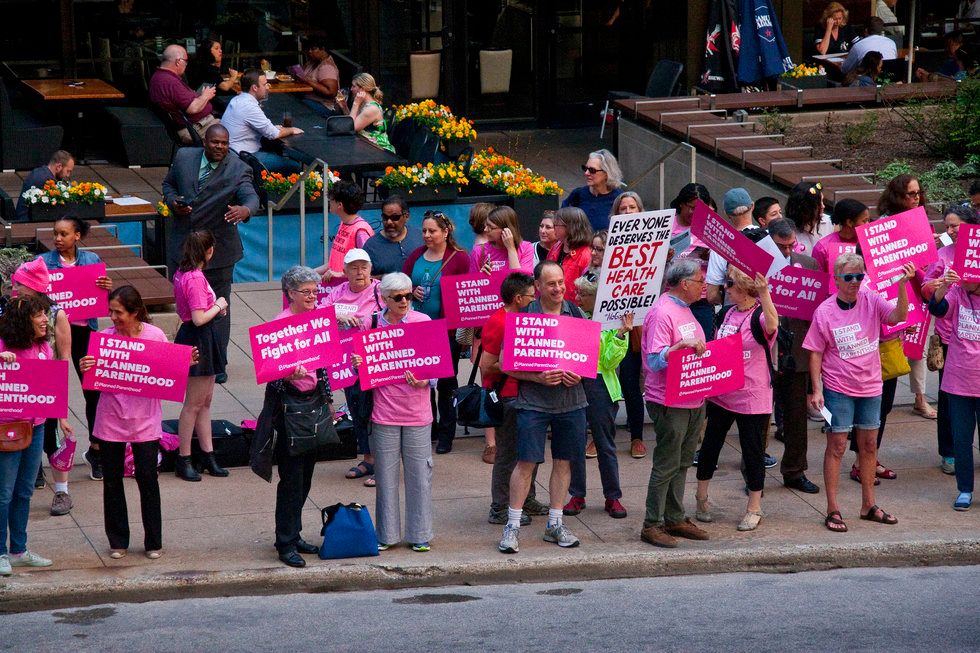 A lot of people are talking about choices right now. Many people are angry. Others are upset about "rights," who has them and who does not, or who is a human and therefore has rights and who is not.

I felt it was time to share the choices I have made.

As a young woman growing up in the early 1970s, I was exposed to a society yelling about my rights. Of course, I wanted rights! Yes, of course, I didn't want anything to happen to my body that I did not have control over (let us ignore the fact that all throughout my childhood, I was experiencing exactly that since I was the victim of sexual abuse from a very early age). I agreed with all of the rhetoric that screamed about my right to choose what happens to my body.

The woman who was supporting my father at the time demanded that I get an abortion. My father became offended, saying the pregnancy was "his grandchild," and I was confused, yet thrilled that the doctors who had told me I would have difficulty conceiving after many medical issues (from the early abuse) were wrong.

After a tumultuous nine months that included changing my own custody to join my mother leaving my father alone, crawling back to the woman he left to "save his grandchild from abortion," I gave birth to my first son. During the pregnancy, I voluntarily underwent counseling for adoption. Then, when he was born, I took parenting classes with my baby.

When my first son was nine months old, he weaned himself from the breast. I believe that was the emotional inspiration for the conception of my second child. But at the tender age of 18, I did not think I was ready to cope with being the single parent of two children.

I made an appointment for abortion counseling which would be followed in two days by the surgery. I was approximately seven weeks along.

The day came. I took my infant son to daycare, just as if I was going to school. Then I got on the bus to go to the abortion office.

I hadn't eaten at all that day. I couldn't stop the nausea, it seemed even worse than normal. As I looked out the window down Harrison, I saw the building where I knew from the protest signs, held the office where I was going.

Suddenly, I felt something in my lower abdomen. A shutter? A shake? A "quickening." I felt what I knew was my second child's soul enter his body.

I stayed on the bus.

18 and pregnant with my second

Then came the difficult part of admitting to my family that I had gotten pregnant once again. I was going to be a single mother of two at the age of nineteen. On February 14, 1986, my sweetheart of a second son was born.

While raising my children, in SPITE of the fact that I was completely upfront about the above story with my family, I also taught my children that it was a woman's right to choose what happens to her body. I continued to stand up for the legal rights of women to choose to abort their pregnancies.

I didn't change that viewpoint when I was Baptized in 2013 into The Church of Jesus Christ of Latter-day Saints. I considered it. I prayed about it. I continued to pray and ponder about it.

Then, I read a story written by a woman who had survived her mother's choice to abort her. She asked, "What about her choice?"

At that point, I changed my mind. I began considering the rights of unborn women and baby girls left to die on counters in abortion clinics.

Abortion and childbearing are very emotional topics. Sexually active women struggle with choices. No one responsible makes these choices without a lot of consideration and more often than not, a lot of tears.

Personally, I am thankful that I am no longer sexually active. I made a choice to be celibate until and except within marriage. I am also long past the age of unintended pregnancy. So, in that respect, my choices have already been made.

Do I want the world to go back to a paradigm of women dying by hangers in the alley? Of course not. I DO want my granddaughters to think carefully about all of the consequences of sexuality BEFORE they choose to make that very large leap. I DO want all people to understand that sex is far less casual than it is portrayed by the media. There are repercussions.

I also hope and pray that we, as a society, become more charitable with our feelings towards those who behave in opposition to our or even their own, beliefs. I pray that we as a society start FEEDING the HUNGRY and HOUSING the HOMELESS, especially the children. These are URGENT human rights concerns.

I am heartbroken by the tears of so many of our population right now. We have differing beliefs, we all come from different backgrounds that formed those opinions. We feel strongly about those beliefs and opinions. I only hope we can learn to respect one another and learn from each of our experiences

(Edited from an article that previously appeared on MaggieSlighte.com)

Madison Franz
The Narrative
1109664
Photo by Brooke Cagle on Unsplash

Madison Franz
The Narrative
650705
Photo by Manny Moreno on Unsplash