27 Celebrities That You Probably Didn't Know Were In Horror Films

27 Celebrities That You Probably Didn't Know Were In Horror Films

Have you seen half of these films? 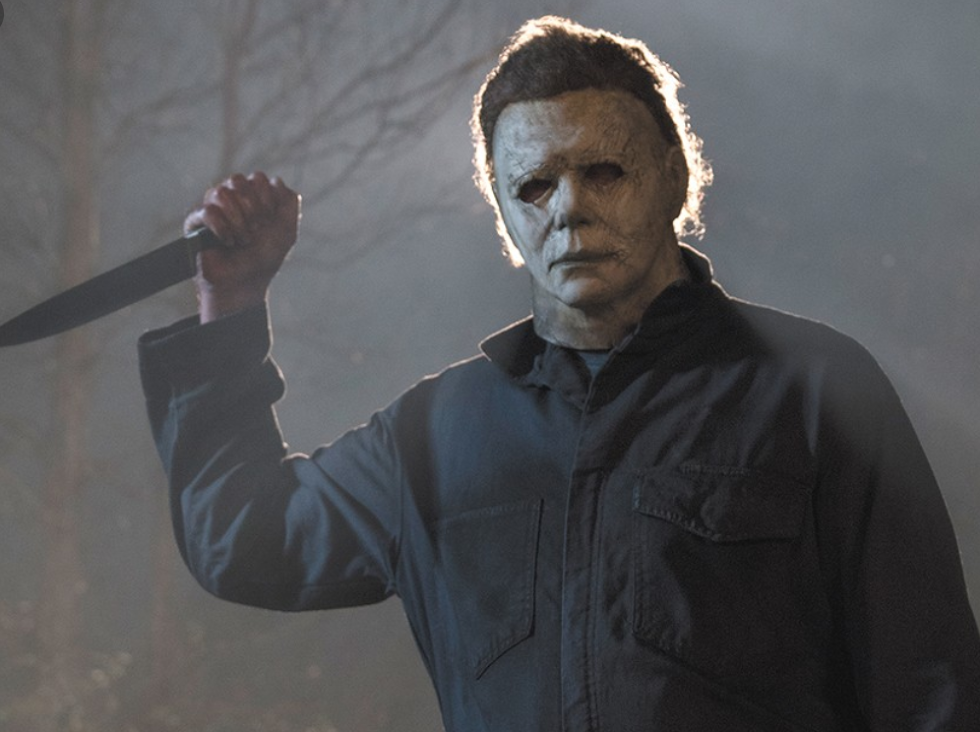 Compass Internation Pictures
Yes, Paul Rudd WAS in a scary movie before he was "Ant-Man."

Who would have thought that he would have starred in a horror movie? Let's just say it's not that good so be careful at your own risk

OK all you Grey's Anatomy fans did you know that she had been in this film? But it's not her first either she was also in a horror film titled "Valentine."

So this one may be more obvious compared to the others. But this is how Johnny Depp got his start in film does Freddy Krueger haunting his dreams

What? Brad Pitt in a horror film? No, I'm not talking about "Interview With The Vampire" either. I'm talking about a good 80s slasher what you know is campy and fun

Before you knew him as FP Jones, I knew him as Billy Loomis from "Scream." If you watch "Riverdale," season one close enough you'll see the similarities. He also starred in the movie "The Craft."

Nowadays, you would never think that Leo would do a horror movie.

Later on in her career, she played Carrie. but she got her start in this film. Not that she looks any different, she's still that cute little girl who saw ghosts

Playing Chole's Dad in the film, Ryan Reynolds definitely had a nice body for this film before he had one in "Deadpool"

Daniel Franzese ("I Spit on your Grave")

I Spit on your Grave

Remember this face? If not, none for you Glen Coco. The Mean Girls star gets pretty nasty in this film and trust me, this movie is not for the faint of heart

Before playing a psycho in "You" and "Gossip Girl," Penn played a teenager convinced that his new step Dad isn't so picture-perfect as his mom thinks

I'll tell you now, this movie is not for the faint of heart either. However, he does an amazing job playing a psychopath in this

Not only had she starred in this, but she was also the main character in "All the Boys Love Mandy Lane." Both films are great and Amber plays her roles well.

Megan was thrust into stardom with this movie along with "Transformers." Here she plays a boy-eating demon that not only is deadly, but beautiful as well.

The newer generation doesn't realize how JLo was a movie star and pop singer at the same time. She got her start with "Selena" and then this movie

Ice Cube left Compton to play a cameraman in South America. Not only was he paired with Jennifer Lopez, but he also teamed with Owen Wilson as well

Another member from the Marvel universe to step into horror. Paul plays Tommy, a character from the original who is now all grown up.

He was still driving cars fast way before he got furious. This flick is pretty intense as he pranks a trucker who isn't too happy about it

Beyonce who? Kelly stepped into this crossover slasher playing a gal pal of the main character. After Destiny's Child cooled down, she gave it a try with acting

After having a successful rap career, LL took a tumble with Michael as a school guard. Maybe if he rapped against him, he could have stood a better chance.

Oh Busta. You and your Kung Fu moves against Michael. Once more, he could have battled Michael with a rap. Hey, they both could do it.

Not only was Tyra a famous model, but she was an actress after "Life Size" as well. Sure, she didn't get much screentime but she was good with Busta on her arm

She starred in this film along with Jared Padalecki and Chad Michael Murray, pure eye candy all the way through. You guessed it, she's not that great of an actress.

While playing Dean Winchester, Jensen starred in this 1980s remake where he plays nice guy and bad guy. Take your pick

He was also playing Sam Winchester while filming this. Instead of fighting demons, he took on Jason Voorhees who was not a fan of "Supernatural".