You had me at hello. 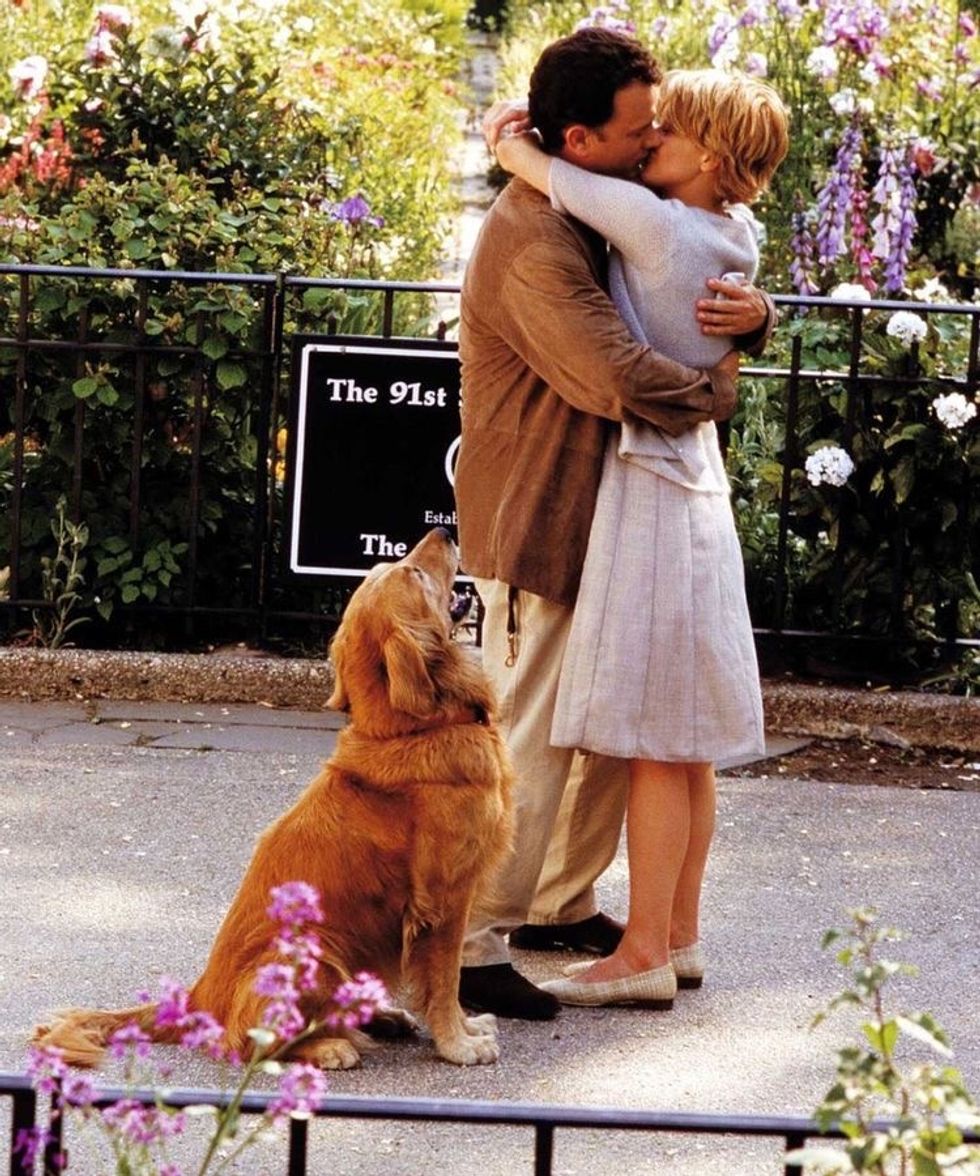 After Lucy (Sandra Bullock), a lonely transit worker pulls her secret crush, Peter (Peter Gallagher) from the path of an oncoming train, he falls into a coma. His family assumes she is his wife and takes her in. The situation becomes even ickier when she starts falling for Peter's insanely attractive brother, Jack (Bill Pullman).

A young Drew Barrymore plays Cinderella in this classic adaptation.

When Kate (Meg Ryan) finds out that her fiancé has been cheating on her, she travels to France to find him and win him back. On the plane ride there, she meets a thief who uses her to smuggle a stolen necklace.

Adopted from the 1936 Hungarian play Parfumerie, this film tells the story of a bookshop owner Kathleen Kelly (Meg Ryan) who must compete against corporate bookstore owner Joe Fox (Tom Hanks). Little do they know, they are each other's email pen pals.

Jonah, the son of recently widowed father (Tom Hanks) phones into a talk-radio program to find a new wife for him. His father gets in the line and reveals how he lost his wife. Reporter Annie Reed (Meg Ryan) overhears his story and falls for him. She writes him a letter asking to meet her on the roof of the Empire State Building on Valentine's Day.

While sisters Sally (Sandra Bullock) and Gillian (Nicole Kidman) were born into a family that practices witchcraft, they never actually practiced themselves. However, when Gillian's boyfriend dies unexpectedly they decide to use magic to try and resurrect him.

After Johnathan and Sarah meet one night in their twenties, Sarah decides to test fate by splitting up and seeing if the universe will bring them back together. Ten years later, both of them are engaged to be married but still can't stop thinking about each other. The two go on a city-wide search.

After Sam (Patrick Swayze) is murdered by his corrupt business partner, he is left to roam the earth as a spirit. However, he soon learns that the same man who killed him is out to kill his girlfriend too. Sam must seek the help of a spiritual advisor Oda Mae Brown (Whoopi Goldberg) to save her.

Harry Burns (Billy Crystal) and Sally Albright (Meg Ryan) argue over whether men and women can ever be strictly platonic friends.

A musical about a prim and proper schoolgirl who disobeys her mother when she falls for a hot motorcycle-riding juvenile delinquent (Johnny Depp).

Seth (Nicolas Cage) is an invisible angel who wanders the Los Angeles Area. He falls for heart surgeon Maggie (Meg Ryan) and must decide whether he will forego his immortality.

Robin Monroe (Anne Heche) is on vacation with her boyfriend, Frank Martin (David Schwimmer) when she gets called on a work assignment in the neighboring Tahiti. She hires a cargo plane piloted by the bad-tempered Quinn Harris (Harrison Ford). But when a powerful storm forces them to make an emergency landing on a deserted island, they must put aside their differences in order to survive.

Adam Sandler plays a wedding singer who falls in love with a woman who enlists his help to plan her wedding.

A wealthy businessman starts to develop feelings for a prostitute. They must learn to overcome obvious hurdles that come between them.

Adapted from the 1954 movie starring Audrey Hepburn, young Sabrina is the daughter of the chauffeur of a wealthy Long Island family. She is madly in love with the playboy son, David. She comes back from Paris two years later and is wooed by him. However, their romance is threatened by David's older brother Linus.

Sequel to the 1980 film Blue Lagoon, seven year old cousins Emmeline (Mila Jovovich) and Richard (Christopher Atkins) survive a shipwreck and get stranded on an island. As they enter their teen years, they discover sex and love.

Best friends from childhood Julianne Potter (Julia Roberts) and Michael O'Neal (Dermot Mulroney) vowed to marry each other if they were still single by the time they turned 28. Now, four days before her 28th birthday, he shows up with a gorgeous 20 year old (Cameron Diaz). Julianne suddenly realizes that she's still in love with Michael and vows to stop the wedding. But she is appointed maid of honor...

Sarah (Jennifer Anniston) learns that her family has inspirational ties to the 1967 film The Graduate.

Timeless story of romance aboard the "ship of dreams"

Wedding planner Mary (Jennifer Lopez) is rescued from a near-fatal collision with a runaway dumpster by handsome pediatrician Steve Edison (Matthew McConaughey). After spending a romantic evening together, they develop feelings for one another. Little does Mary know, Steve is about to be engaged and guess who is hired to plan his wedding?

Bridget Jones (Renee Zellweger) is determined to improve herself and starts keeping a diary. She writes about everything from sex to relationships.

Desperate to hang on to the athletes that he represents, slick sports agent Jerry Maguire (Tom Cruise) starts his own management firm, with only single mother Dorothy Boyd (Renee Zellweger) joining him in his new venture.

In a last effort to save their dream home, David (Woody Harrelson) and Diana (Demi Moore) head to Las Vegas to win their mortgage money gambling. After the couple loses everything, a mysterious billionaire (Robert Redford) offers the solution to their money problems: $1 million... but only if he can spend a night with Diana.

A photographer (Clint Eastwood) on assignment to shoot the historic bridges of Madison County meets a housewife (Meryl Streep), whose husband and children are away on a trip.