The best pop songs were dropped during our middle school days and I think it's time to reminisce on some that were on non-stop repeat! 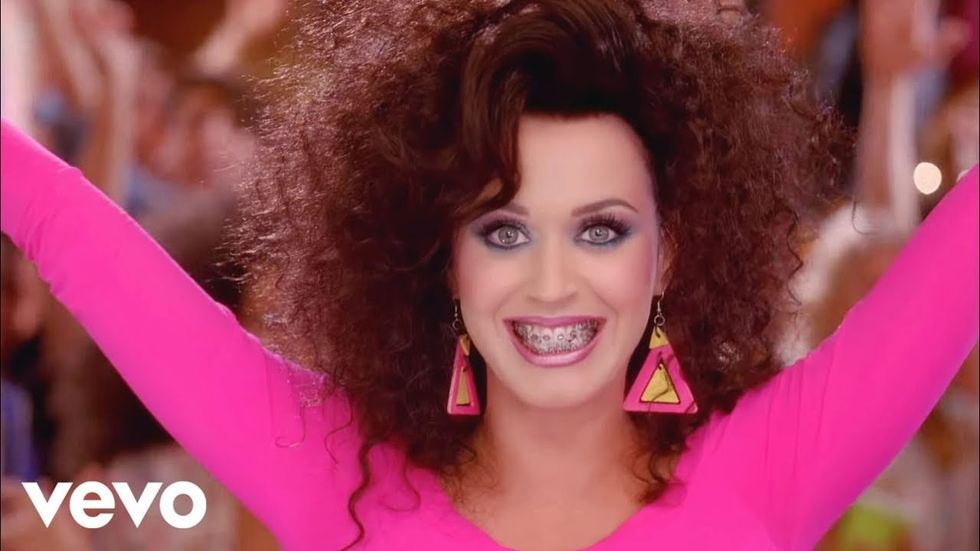 While these are in no particular order, I guarantee that these songs were on your main playlist, were your most played tracks, or a solid combination of both - especially if you followed Top 40 back in the day. Admittedly, there are significantly more songs and artists that should be included in this list, but that doesn't mean they're any less significant or fun than the ones listed below!

Here are 25 songs that were most likely on your iPod (or mp3) during middle school!

As the first song that introduced us to the Biebs and spiraled into uncontrollable Bieber Fever, this has earned the first slot. I mean, what else would you expect?

Genuine question: Did anyone ever figure out what this song was talking about or did we all just forget about it? We all thought this was a banger back in the day and I honestly don't know why.

"Somebody That I Used To Know" - Gotye ft. Kimbra

What can I say? He's just somebody we used to know!

This music video was all kinds of weird but I remember this song being super catchy and a must-listen at the middle school dance, so of course it's included!

These guys dropped a couple songs and bounced but I think this was their most popular BY FAR!

If you say you didn't have at least one Rihanna song on your playlist, especially this one, you're lying.

Don't ya see baby, this is perfection?

You know this song, even if you think you don't. If you've seen basically any season of Grey's Anatomy, you've heard it and sang it- I promise.

If this song didn't make you feel super depressed, or give you the audacity to dedicate this song to your boyfriend or girlfriend of two weeks, were you even willing to catch a grenade for them?

Man, if this didn't boost your confidence back then, I don't know what did honestly.

This song was so inspirational at this point in our lives and I honestly believe that we didn't fully comprehend its significance when it was released. We might've felt that it was a great song but imagine how powerful and confident we would be if we had actually listened to the lyrics and took them to heart. Own the night like the 4th of July, baby.

Honestly, this song was so catchy. If it comes on the radio, I still belt out every single word and I enjoy every minute of it. Overplayed? Maybe, but it's still catchy.

Anytime we considered some middle school boy a player because our friend got dumped by her boyfriend of a couple days, he was a womanizer, I swear to God. We thought we were such hot shots when we heard this song, ladies. Although, that doesn't change the fact that it's catchy.

You bet your sassy asses we were strutting to this, oh my God. It was either this or Single Ladies, but both of them were definitely on the playlist.

I honestly don't know what to say about this one. I mean, I'm sure it was someone's favorite song for a while but I couldn't get into it. The beat was pretty solid though!

Lady Gaga released A LOT of amazing songs around this time but this one was so uplifting for those in the LGTBQ community and meant so much to countless people. Mother Monster was and has always been a great influence for those of whom were considered misfits, outsiders, and 'freaks', and it's inspiring. Even today, this song is so powerful and iconic, not to mention - an awesome song in general.

Just remember babes, "No matter gay, straight, or bi, lesbian, transgender life -- I'm on the right track baby, I was born to survive." God makes no mistakes, loves. Rejoice and love yourself today because you were born to be brave.

If this wasn't on your playlist, you're in serious denial - that's all.

If you don't sing along to this song now, whether it be around the 4th of July or whenever, I'm honestly ashamed of you. I mean, it's one of the go-to Instagram captions for that holiday.

"Just The Way You Are" - Bruno Mars

Bruno Mars made us all feel beautiful with this song and there's no denying it.

Also, I knew that I recognized the actress from Dynasty on the CW that portrayed Cristal and now that I've rewatched this music video, I know why. Check it out and you'll have that "ah-hah" moment too!

"Bring Me To Life" - Evanescence

Commonly referred to as "Wake Me Up Inside" for some reason, this is the throwback we all wanted.

You can't tell me that you didn't watch this music video and aspired to have a party that even remotely resembled this one. By now, I'm sure we've either hosted or attended one like this, so our middle school goal has been achieved!

What can I say? Raise your glass if you are wrong in all the right ways!

"What Makes You Beautiful" - One Direction

You honestly thought I'd forget One Direction's debut single?

There are bound to be more articles like this coming soon so keep an eye out for them all!

From Your Site Articles
music
Report this Content
Swoon