25 Indie/Alternative Artists That Should Be On Your Summer Playlist 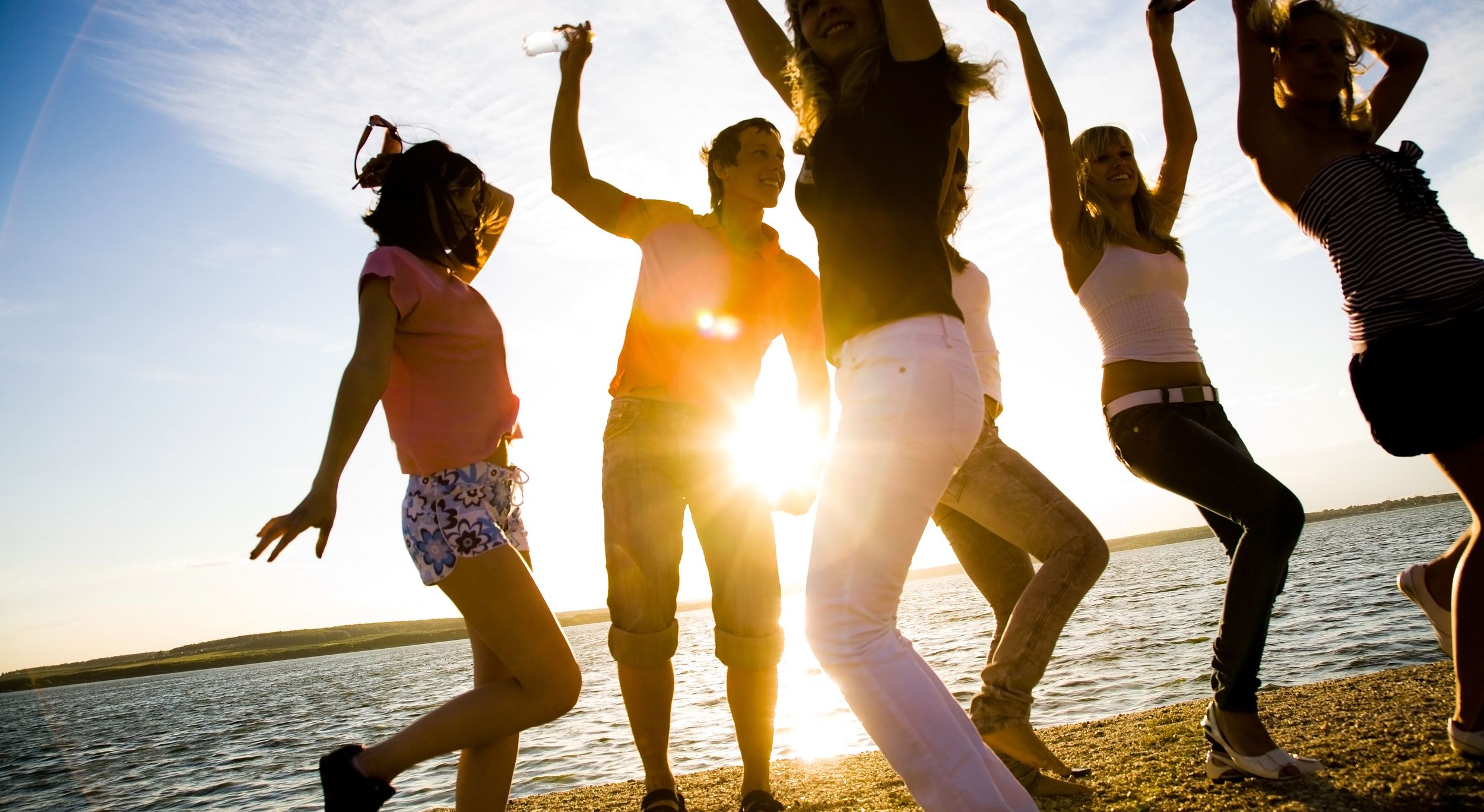 Everyone loves summertime, and what would the perfect summer be without music blasting? Unfortunately, with summer comes the stereotypical pop radio stations overplaying the same tired 15 songs, over and over and over. Ever wish you could find new catchy songs to listen to that the radio doesn’t overplay? Check out these alternative/indie artists! You may find yourself some new favorites to add to your summer playlists!

This Australian indie/alternative group has been producing music since 2012, with their first album release in 2014. Their fun and upbeat songs have been featured on many charts in the United States and Australia. Some of their popular songs include “If You Wanna Stay”, “Beware The Dog”, “Heart of a Lion”, and “Out of My Head”.

In 2014, this group released their first album, “Before the Waves”. The vibrant and energetic indie pop sounds of Magic Man make it a fantastic addition to any summer playlist. Check out their songs “Texas”, “It All Starts Here”, “Waves”, and “Every Day”. They won’t let you down!

There’s something addicting about the sound of St Lucia’s music. This alternative band will have you jamming out or on your feet dancing by the end of any song. Make sure to listen to “Dancing On Glass”, “Elevate”, “The Way You Remember Me”, and “We Got It Wrong”.

Air Review is one of those bands that can automatically put you in a relaxed mood with their songs “Young”, “Fin”, and “My Automatic”. Looking for more upbeat tunes? Check out “Low Wishes” and “Chasing Corporate”.

In July of 2014, Bleachers debut album “Strange Desire” was released, featuring their hit song “I Wanna Get Better”. Check out their other songs from “Strange Desire” – “Rollercoaster”, “Wild Heart”, “Shadow”, and “Like a River Runs”, and stay tuned for the release of their new album, “Gone Now”, scheduled to release on June 2nd, 2017! Give their pre-released songs, “Don’t Take the Money” and “Hate That You Know Me”, a listen.

If you’re looking for a band that radiates good vibes, this band is for you. The quintessential California band, The Mowgli’s, deliver uplifting sounds that are sure to put you in the summer mood. Since 2013, The Mowgli’s have released three successful albums – “Waiting for the Dawn”, “Kids in Love”, and “Where’d Your Weekend Go?”. Check out their songs “San Francisco”, “The Great Divide”, “Summertime”, “I’m Good”, and “Automatic”.

Parade of Lights does an outstanding job of combining alternative, electric, and pop flares into every one of their addicting anthems. Songs like “Feeling Electric”, “Golden”, and “The Island” will not disappoint!

With three albums released since 2011, Grouplove has a number of songs to jam to! Feeling lively? Give “Tongue tied” or “Good Morning” a listen. In a chill mood? Check out “Welcome to Your Life” or “Enlighten Me”!

This English band has been taking the world by storm since their first album release in 2013, and has continued to grow in popularity after their second album release in 2016. The unique sound of this group can be heard in all their music, from their instrumentals such as “An Encounter” and “12”, to their catchy radio style hits like “Chocolate”, “The Sound”, “Girls”, “Sex”, and “She’s American”.

We’ve all heard (and probably overplayed) Walk The Moon’s hit, “Shut Up and Dance”, but what about their other songs? Their 2012 and 2014 albums are full of awesome jams that just never seem to get old – “Different Colors”, “Portugal”, “Sidekick”, and “Anna Sun” are all well worth the listen (and repeat!).

This relatively new American alternative group just may make the perfect addition to your summer playlist with their fun and unique, yet chill and relaxed, sound. Some of their popular songs include “ILYSB”, “Pink Skies”, “Made in Hollywood”, and “Walk Away”. Be sure to stay tuned for the release of their new album on June 30, 2017!

Although Passion Pit has been around since 2009, their undeniably catchy albums continue to attract indie/alternative fans. Their songs, such as “Take a Walk”, “Carried Away”, and “Live to Tell the Tale” all feature the same unmistakable electro-pop sounds which are signature to Passion Pit.

Since 2012, this five-member English band has been increasing in popularity across Europe and North America. Their contagious songs like “Oceans”, “Modern Love”, “A Rush of Blood”, and “Tonight” are sure to get you in the dancing spirit!

Looking for a more relaxed indie band to listen to on those chill summer nights? The Australian band, The Paper Kites, may just be what you’re looking for. The singer/songwriter and folk style of this group, heard in “Boom”, “Leopold Street”, “Revelator Eyes”, and “St. Clarity” will surely put you in a happy and relaxed mood.

The indie rock band, The Temper Trap, has been around for awhile, though they never seem to disappoint with their multiple albums. Their timeless anthem “Sweet Disposition” will have you belting out lyrics over and over again. “Fader”, “Love Lost” and “Need Your Love” are also songs worth a listen.

With dreamy and folk tones, the Australian band High Highs deliver a peaceful alternative/indie experience to any listener. Their uplifting and peaceful songs, such as “Open Season”, “Bridge”, and “Pines” are perfect for lazy mornings and late nights.

With popular songs such as “What You Know”, “Changing of the Seasons”, and “Undercover Martyn”, Two Door Cinema Club will surely attract you with their bouncy and cheerful sounds!

This American indie pop band has been around for a few years now, and have become a popular favorite of many alternative/indie music fans. Their catchy songs, such as “Over and Over”, “Dreaming”, “Killer Whales”, and “Dyin’ to Live” will have up and dancing in no time. Perfect for those summer pool parties, beach trips, and barbecues!

M83 has been captivating fans with their alternative electric sounds for over a decade. With uplifting beats, warped guitars, layered voices, and synths, M83 gives listeners an experience with every magical and unique song. Experience M83 with their songs “Midnight City”, “We Own the Sky”, “Teen Angst”, and “Another Wave From You”.

Empire of the Sun has their own unmistakable blissful sound, which can be heard in all their songs. In 2009, their first album was released, featuring hit song “Walking On a Dream”. In 2013, their album “Ice On the Dune” was released, with popular songs “Alive”, “DNA”, and “Celebrate”. October 2016 was another big month for this band with the release of their most recent album “Two Vines”. Check out “High and Low”, “Way to Go”, and “Friends” from this album.

This English group has released three albums since 2007, each having multiple anthems that just never seem to old. The jumpy choruses and synth pulses will make The Wombats a must add to any playlist! Check out their songs “Give Me a Try”, “Tokyo”, “Greek Tregedy”, and “Emoticons”.

22. The Naked and Famous

With three albums released, this band out of New Zealand has a number of songs for any alternative/indie fan. Listen to “Young Blood”, “Girls Like You”, “Higher”, and “Eyes” to experience The Naked and Famous.

If you’re looking for new alternative music, check out Cold War Kids. They just released their new album, “LA DIVINE”, in April of 2017! After replaying that over and over, check out their older albums. “First”, “Louder Than Ever”, “Royal Blue”, and “Miracle Mile” are just a few of their amazing songs.

This California band delivers quality energetic anthems such as “Stars”, “We Come Running”, “Pressure”, and “Dreams”.

Handsome Ghost delivers a whimsical experience through their music, which has been increasing in popularity since 2015, when their songs “Weight of It All” and “Steps”, among others were released. 2016 and 2017 brought new music from Handsome Ghost, including songs “Promises”, “Brand New Colony”, “Didn’t I Fade”, and “Beauty / Bends”.