24 Hours Without My "Comfort Blanket"

24 Hours Without My "Comfort Blanket"

Going a full day and night without a platform that I rely way too much on. 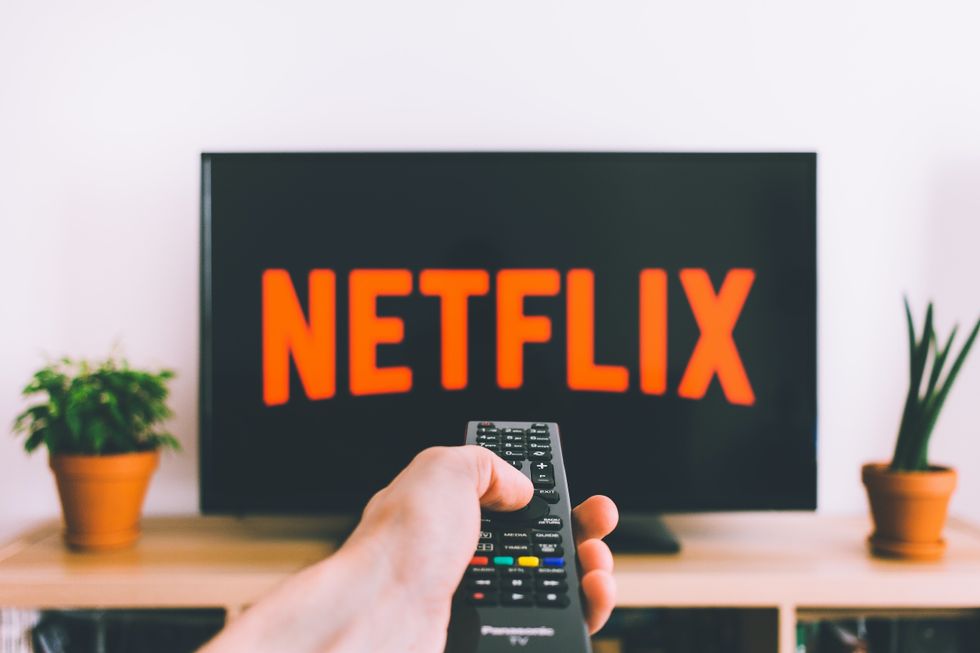 The comfort medium that I decided to rid from my daily and nocturnal routine for 24 hours is Netflix. Although a movie and show streaming platform may not give a comforting impression to most, for me it works to keep the silence of my lonely room at bay. My small television is regularly on and streaming a "feel good show" unless I have class, must leave my apartment or require silence for a phone call or another responsibility. I usually have Portlandia on, a show that I have watched four times over, due to its never failing ability to make me laugh or feel better in any given scene. I do not enjoy silence, as strange as it might sound, due to the mental floodgates it has the potential of opening; overthinking, anxiety and the overwhelming feeling of being alone in my own head. On a normal day, I wake up to the "are you still watching this title?" tab on my television, as I tend to keep a Netflix show playing well after I fall asleep. I do this, so if by any chance, I wake up during the night, I can do so with the impression of company, distracting from nightmares or wary thoughts. Aside from running up my electric bill during the night, I tend to keep a show on, at a low volume, whenever I am alone during the day. Most times, I am not even paying full attention to the events on the screen, as I most likely already know what is going to happen, but rather enjoy the background noise while I get ready or begin my daily routine. Going 24 hours without the comfort of my lit TV screen, stimulating my auditory senses and providing me relief from my own thoughts and angst was a difficult task that ultimately altered my habits.

I began my Netflix cleanse in the morning, a morning where I would usually get ready to the silly skits acted out in a Portlandia episode. An episode that I almost had memorized, as I talked in sync with the characters while I brushed my hair and picked out my outfit for the day. Instead, I kicked my morning off in silence, one that reminded me how the air conditioner sang in a low hum as it cycled on, one that echoed the thud of my seemingly heavier footsteps as I walked into the bathroom and fell victim to goosebumps, persuaded by the subtle cries that my hair whimpered as I dragged a brush through the knots that assembled during the night. Ten minutes in, and I already felt the absence of Fred and Carrie's comedic on-screen talents. I continued with my morning by preparing for my only class of the day, my temporary saving grace from the tension built off of the silence encompassing my one bedroom apartment. The single hour flew by and prompted a low-spirited click on the "leave meeting" button on Zoom, a rare sight, as I itched to grab my remote and have a laugh at one of the happy-go-lucky shows that I carefully handpicked as fundamental additions to my profiles' "list." Now came the hard part; working on assignments while I sat at my desk, longing for the visual stimuli emanating from a peripheral view I had of the TV, as its images would cast themselves off of the mirror placed directly above my workstation. I found, early on in my educational experience, that I focused best in a chaotic environment; so if I couldn't be in a coffee shop or amongst peers, I would hang a mirror above my desk in hopes that the TV's reflection would mimic some sort of liveliness and ultimately inspire me enough to concentrate. I usually kept the TV on a barely audible volume while I worked, enough noise to zone in on one thought. Without this background noise, I caught myself succumbing to distractions formulated within my own head, that of which forced me to go to a coffee shop.

After a long day of playing catch up, I headed back to my apartment, dreading the lack of company I would soon have to experience during the night. I productively reflected in a journal, so to muffle my boisterous ideations and ready myself to take on a night of pitch black silence, an ambiance I could only forgive in the comfort of my family home where my cats functioned as the company that replaced my TV. The night seemed to stretch on for ages, as I failed to harmonize with the short-lived sequence at which the air conditioner periodically murmured, while the irrational fear of supernatural activity slithered its way into my imagination, guided by my inability to detect anything else in the obscurity of my lightless room. A moment of weakness led me to turn on the LED lights in my room, that of which I attempted to set on a dim blue hue, one that matched the low brightness I kept the TV at throughout the night. My alarm woke me up to a reward, it was 8:30 A.M. and the 24 hours had expired themselves, granting me a re-balanced routine where I, a 20 year old adult, was perfectly okay with Netflix being my comfort blanket.