Honestly, I just have no words. 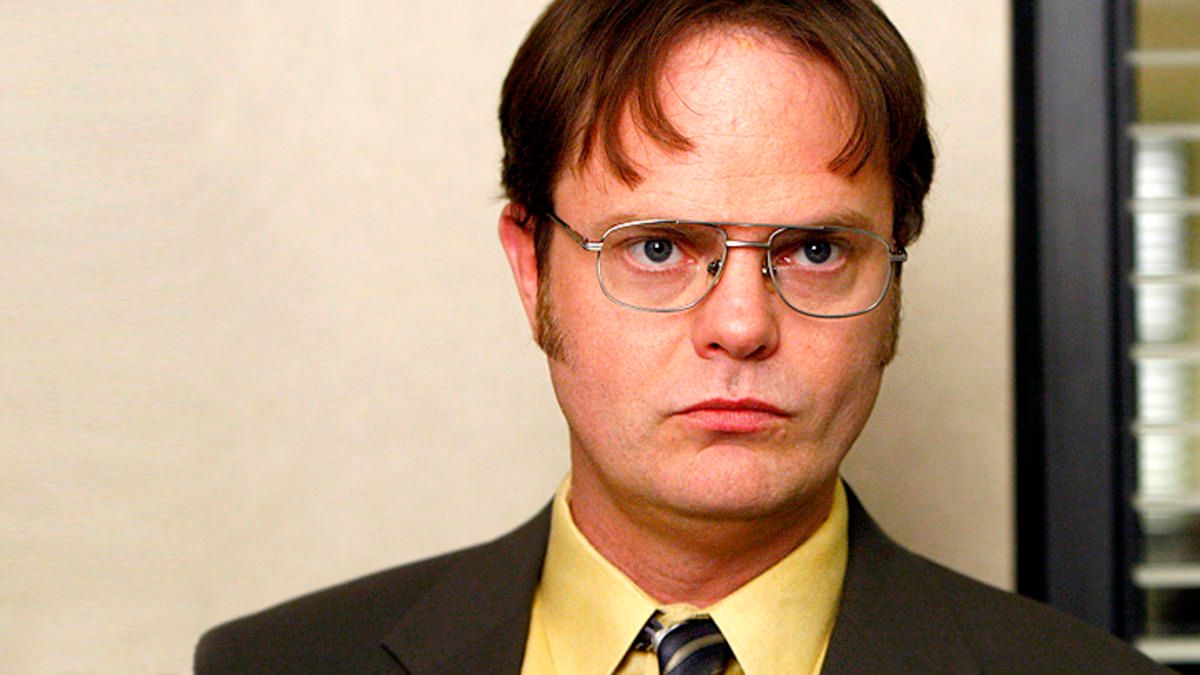 I've recently become obsessed with the sitcom, "The Office" because it's such an incredibly funny show. Especially because it's May, and it's the most stressful time in a college student's life, I need something that can just humor me for a while. Most of the time, I'm sitting on my couch wondering how it's possible for these people to say some of the things that they do and still be employed, and then I remember that it's a TV show, and that's the beauty of it. The characters all have their unique personalities, though at the same time, they all manage to add to the crazy office that is Dunder Miflin. That being said, Dwight Schrute might be the most eccentric character of all, and nearly everything he says leaves me thinking, 'what just happened?' So, here are the 22 best Dwight Schrute quotes of all time that will simply make you laugh.

3. "You couldn't handle my undivided attention."

5. "Yes, I have a wig for every single person in the office."

6. "Identity theft is not a joke, Jim. Millions of families suffer every year."

8. "When someone smiles at me, all I see is a chimpanzee begging for its life."

9. "Fortunately, my feelings regenerate at twice the speed of a normal man."

10. “Through concentration, I can raise and lower my cholesterol at will."

11. “I signed up for Second Life about a year ago. Back then, my life was so great that I literally wanted a second one. Absolutely everything was the same…except I could fly."

13. “No, don't call me a hero. Do you know who the real heroes are? The guys who wake up every morning and go into their normal jobs, and get a distress call from the Commissioner and take off their glasses and change into capes and fly around fighting crime. Those are the real heroes."

14. “Nothing stresses me out. Except having to seek the approval of my inferiors."

15. “Reject a woman, and she will never let it go. One of the many defects of their kind. Also, weak arms."

16. "I love catching people in the act. That's why I always whip open doors."

17. "How would I describe myself? Three words: hardworking, alpha male, jackhammer, merciless, insatiable."

19. "I don't have a lot of experience with vampires, but I have hunted werewolves. I shot one once, but by the time I got to it, it had turned back into my neighbor's dog."

21. "What is my perfect crime? I break into Tiffany's at midnight. Do I go for the vault? No, I go for the chandelier. It's priceless. As I'm taking it down, a woman catches me. She tells me to stop. It's her father's business. She's Tiffany. I say no. We make love all night. In the morning, the cops come, and I escape in one of their uniforms. I tell her to meet me in Mexico, but I go to Canada. I don't trust her. Besides, I like the cold. Thirty years later, I get a postcard. I have a son, and he's the chief of police. This is where the story gets interesting. I tell Tiffany to meet me in Paris by the Trocadero. She's been waiting for me all these years. She's never taken another lover. I don't care. I don't show up. I go to Berlin. That's where I stashed the chandelier."

22. "Yes, I have acted before. I was in a production of “Oklahoma!" in the 7th grade. I played the part of Mutey the Mailman. They had too many kids, so they made up roles like that. I was good."