21 Things All Penn State Students Know To Be True

21 Things All Penn State Students Know To Be True

A look at the life of bleeding blue and white. 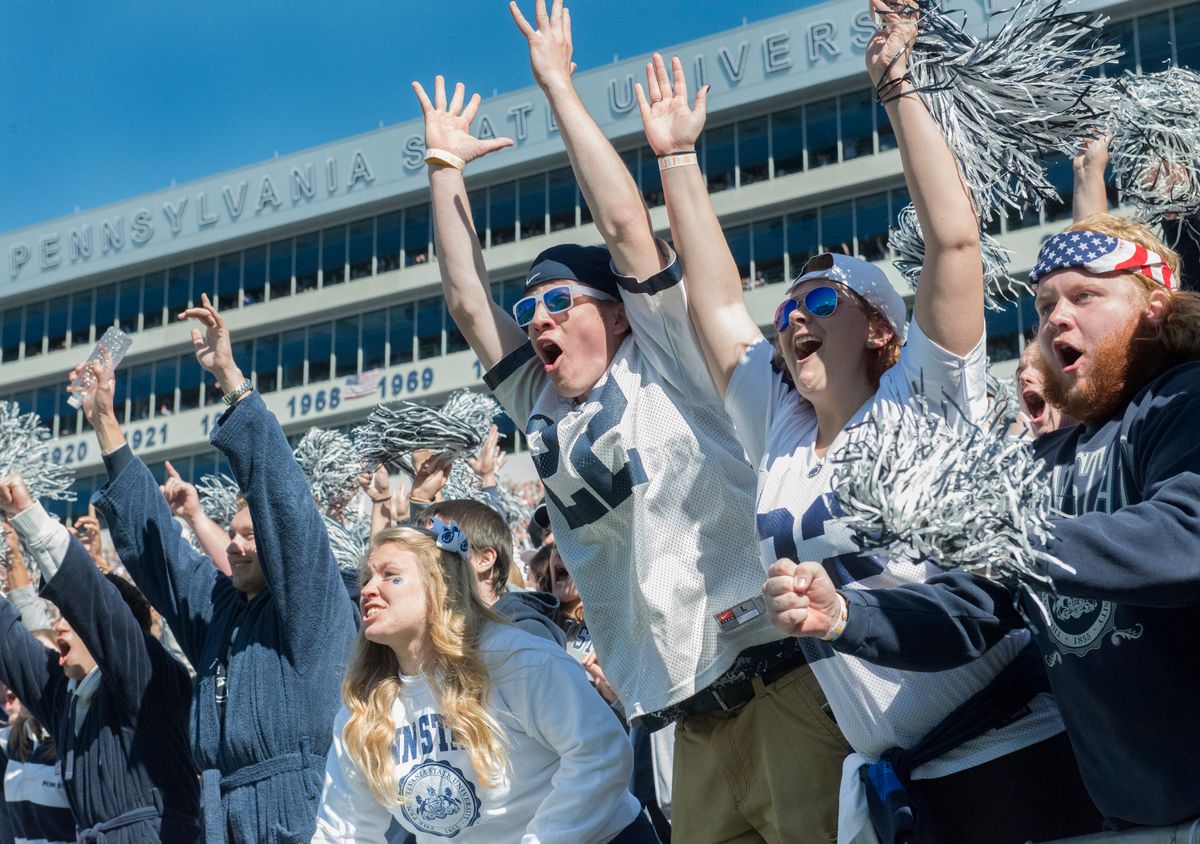 I’m a Penn State student. You know the type: a hard-working, fun-loving college kid who bleeds blue and white and has a thing for the small town of State College. I live for football games and am not rattled by the sight of 700 people in a lecture hall. On a campus with over 46,000 undergraduate students, I somehow manage to feel connected and accepted by my peers and don’t hesitate to call University Park home. In a lot of ways, it is home. If home is where the heart is, who says you can’t have more than one?

When I tell people that I’m happiest in Happy Valley, I mean it. It’s an incredible place. While there are countless things that make Penn State great, there are some that set us apart from any other university. You know you’re a Penn Stater when…

1. The thought of walking across campus in 15 minutes is laughable.

When people from smaller schools complain about how long it takes to get to class, I die a little inside. Try walking to an 8 a.m. across a campus so large that it HAS ITS OWN ZIP CODE

2. You see the Chipotle line that wraps around the building... and you wait in it.

Anything for the love of guacamole.

5. You walk through the HUB at lunch time and aren’t phased by the massive crowd of people.

The HUB or Times Square? The world will never know.

6. You live for the chicken baskets at football games.

Nothing says “college” like being crushed between thousands of your closest friends as you dip a chicken finger in honey mustard.

It doesn’t even matter if the number of Starbucks around town far outnumbers the number of Dunkin’ locations. Free coffee after Penn State wins football games? Dunkin’ has won my heart.

8. You’ve almost been taken out by a biker.

@ the biker who dented the gate on Pollock Road… thanks.

Whether you’ve debated with or just seen Gary perched on the steps outside the building, you can recognize his red sweatshirt from a mile away.

10. FTK means something to you.

THON is the largest student-run philanthropy in the world and whether you’re part of an org, on a committee, or just supportive of the cause, being part of a university that is committed to raising money for pediatric cancer research is something to be proud of.

11. Creamery ice cream has your heart.

Don’t even try to tell me that somewhere else is better… you can’t beat Berkey Creamery!

$1 for a slice of greasy, cheesy goodness? Sign me up.

13. You own an obnoxious amount of Penn State gear.

Unsure what to wear? PSU gear matches everything.

14. Camels, elephants, llamas and other large animals are just a part of daily campus life.

You can walk past an elephant on Old Main Lawn without even questioning it.

15. You can hear Old Main’s bells from anywhere on campus.

Nothing beats the feeling of hearing the fight song on Fridays and knowing that the weekend has finally come.

16. You’ve had a West Halls cookie on more than one occasion.

When it comes to hot, gooey cookies that remind you of home, West is definitely the best.

17. Cancellations are a figment of the imagination.

Penn State having a snow day? NEVER. I’m considering purchasing a dogsled to get to classes next winter.

18. You’ve taken a class that you only go to for clicker points.

It’s a rite of passage.

19. The campus story makes you concerned for the safety of others.

Pictures or it didn’t happen.

20. You’re willing to see daylight before 7 a.m. for the love of football tickets.

If there’s one day in the summer that you’re willing to sacrifice sleep, it’s the day of ticket sales.

21. You’re proud to be a Nittany Lion and wouldn’t change it for the world.

What a privilege it is to attend one of the greatest schools in the country and to be able to say that "We Are (and always will be) Penn State."
Report this Content
This article has not been reviewed by Odyssey HQ and solely reflects the ideas and opinions of the creator.