21 Dominican Republic Dishes and Drinks For Your Foodie Bucket List

While America has a lot of options when it comes to food, there are some cuisines that everyone needs to try, and is Dominican Republic one of them? You Bet! 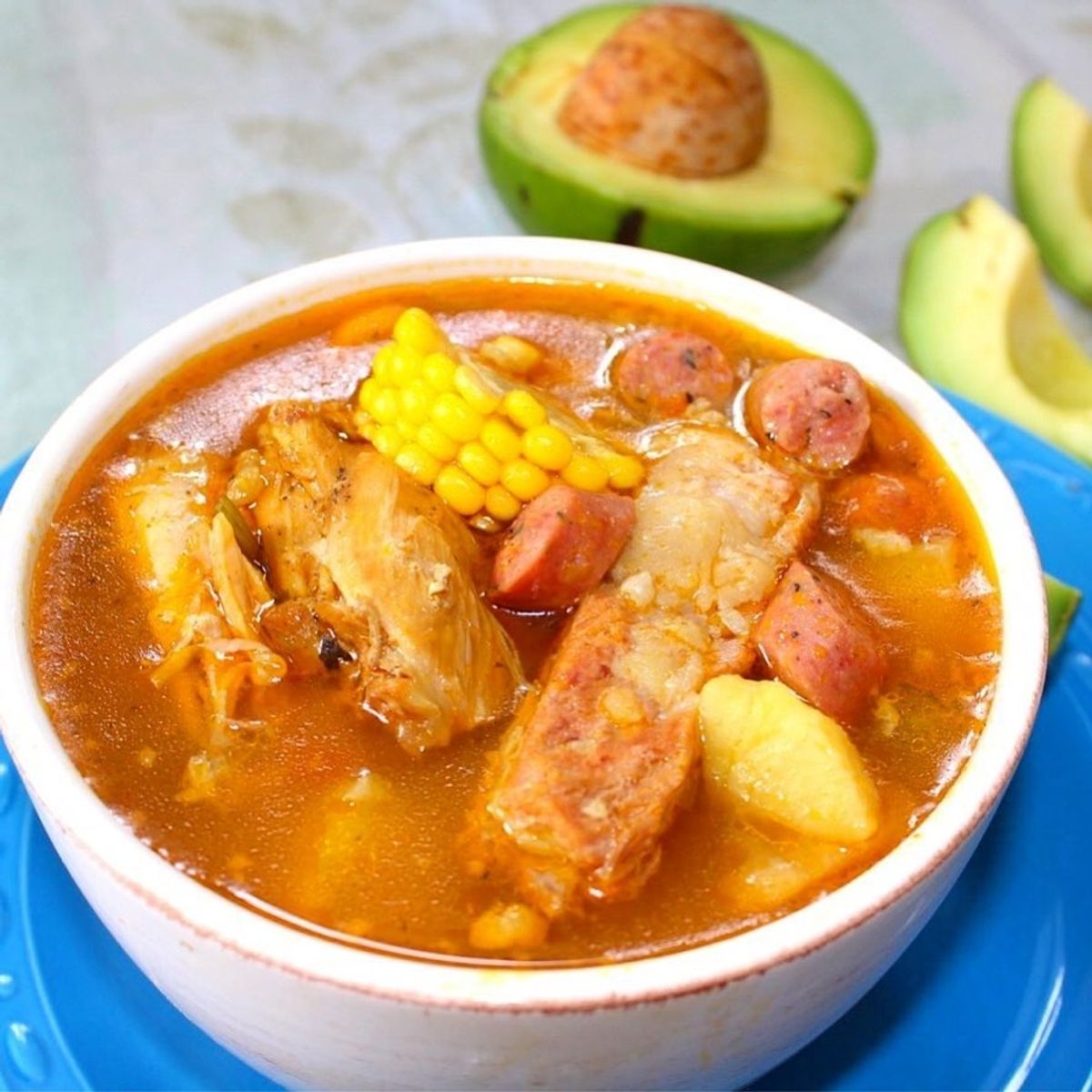 I may like cheeseburgers and pizza as much as the next guy but growing up in a Dominican household, I’ve had my fair share of delicious delicacies from my mother and father’s homeland. Here’s a list of all the best Dominican cuisine, whether you want to spice up your palette, find foods for a future visit, or just take a few steps down memory lane. Also, some of these “Dominican” dishes have originated from elsewhere (African, native Taíno, and Spanish influences) but have become to popular and common there that most considered them to be Dominican. So by including them in this list, I’m not trying to give all the credit to Dominican Republic but acknowledge the most popular dishes you would find there.

Much like a small version of an Empanada, this appetizer is a small stuffed pastry. The stuffing possibilities are endless, however the most popular ones are filled with either meat or cheese. If you’re filling adventurous then you could try both, but my personal favorite is cheese for sure. But if you’re not one for meat, cheese, or even vegetables, then you could fry up the dough on their own like my sister does and enjoy.

My all time favorite meal would be a cross between my dad’s special costillas (ribs) and lorico. This dish may sound simple, but it’s packed with juicy and rich flavor. Lorico is a mixture of rice and chicken (or meat), where the rice is added to the chicken/sauce to create a beautifully delicious taste. A childhood love of mine, lorico is the perfect introduction to the world of Dominican recipes.

One of the street truck foods in Dominican Republic is the Chimichurri, a flavorful hamburger with cabbage, tomatoes and a "secret" special sauce that sometimes varies between vendors. Usually paired with tostónes, this fast food is one dish that you have to take a bite out of, whether it’s by food-truck or grabbing an apron and making it yourself.

I know that meat is not for everyone, but for those carnivores out there, I’d definitely recommend Chivo (or in other words, goat). This Dominican dish is often cooked guisado (stewed) and is definitely a recipe any meat lover would enjoy. Tender and packed to the brim with flavors, it’s no wonder that this one of Dominican Republic’s signature stews.

Translated as rice with beans, Moro is a common Dominican dish for an everyday dinner meal. Moro is a mixture of rice and beans, with the option to include either white, black, faba, or butter beans. The most common one, at least in my household, was for sure the red beans and boy, this recipe did not disappoint.

Literally translated as Red Soda, this drink along with merengue (tropical cream) is a beverage must have. Also known as Country Club Frambuesa (Raspberry) soda, this drink may not be something to cook up in the kitchen, it’s definitely the side drink of choice for any Dominican drink chosen. Whether you’re chowing down a meal or sitting on the curb of the corner store, Refresco Rojo is something to cherish.

Mangu and Salami is not only delicious, but it’s a staple breakfast in Dominican Republic. One of the more recognizable dishes, Mangu are boiled and mashed plantains. Mangu is (often) topped with red onion and paired with fresh “Dominican” salami. This meal is so mouthwatering that it might as well be DR’s official breakfast, I’d definitely recommend grabbing some mangu and salami if I were you. (Mangu, eggs/fried cheese, and salami are known as “El tres gorpes” or the three hits)

Literally translated to “sweet of milk”, the name practically defines itself. Dulce de leche is a sweetened milk similar to the consistency and taste of caramel. The recipe may be basic, but it’s simply delicious and a dessert as common as flan or tres leche. Additionally, like caramel, Dulcer has many different uses such as a spread, and as a flavor for cakes, cookies, and ice cream. There is even a classic dessert named habichuelas with dulce and a dulce de leche candy manufactured in DR.

Maybe due to the easy growth of lechoza (papaya), the fruit itself is very popular in Dominican Republic. Despite being able to eat it cut, peeled, or whole, the most common way to down the fruit is in a shake. Packed with scrumptious flavor with or without milk, this milkshake is one to put on the must-try list--or the must-make list.

One of the most common side dishes, Tostónes is to DR as fries are to America, it wouldn’t be a complete meal without them. These twice fried and salted green plantains are pleasantly great. Whether seeing them on vendor stands or dinner tables, tostónes are a snack (or meal) that no-one would ever mind cooking--or eating!

Translated as “Dominican cake”, this dessert known to be a light and fluffy yellow cake with meringue frosting and more often than not, pineapple filling. However, some experiment with different types of fillings, pineapple is the peak of Dominican cuisine. Silky smooth with a resistant texture, Dominican cake is known for being hard to make so make sure to check out recipes before trying it out for yourself.

Dominicans sure love their stews, and sancocho (sometimes considered a soup) is nevertheless no exception. Considered one of the national dishes of DR, the stew is filled with large pieces of meat (often chicken), tubers, and vegetables (commonly corn). Whether you're sick in bed or ready for a ample meal, sancocho is a meal for you.

Translated literally as “fried fish”, this meal is a great choice for seafood lovers out there. Made by dipping flour covered fish in oil and frying them, the fish is served hot and fresh. Usually topped with lemon to squeeze over the meal, this could be a hearty appetizer or a pleasant meal. This is a food to put on your must-eat at least once list.

While chicharrones is usually made of pork rinds, DR’s chicken chicharrons are amazing pieces of crisp and golden meat. Usually paired with tostónes, this meal is crunchy yet juicy. No matter which kind of meat you choose, making chicharrones is a definite good idea for dinner.

Despite never having this drink personally, This brand of rum produced in DR (Dominican Republic) is a staple of Dominican alcoholic beverages. In addition, not putting it on the list would not only offend their greatest fan a.k.a my dad but be one of the greatest disgrace. This rum, along with Barceló and Bermúdez known as the the three B’s, is a delicious rum that rivals DR’s favorite beer Presidente and is made with sugar cane. It’s also an ingredient in another popular drink called Mama Juana.

Despite originating from Puerto Rico, Dominican’s have made this food their own with their love--or their stomachs. Basically a tight ball of mashed green plantains, the dinner is usually served with some sort of soup. Delectable and seasoned to perfection, this recipe is a definite treat for any plantain fan.

Translated literally as “The Flag”, this meal is as Dominican as you can get. The common man’s meal like America’s burgers and fries, is La Bandera. This simple yet incredible dish consisting of rice, beans, and meat (sometimes there is an inclusion of salad). If you’ve never experienced this dish, then you might as when turn in your Dominican card right here--or grab a plate.