A year of me
Odyssey

A year of me

2016 brought me a lot of magic, a lot of adventures and a lot of memories. 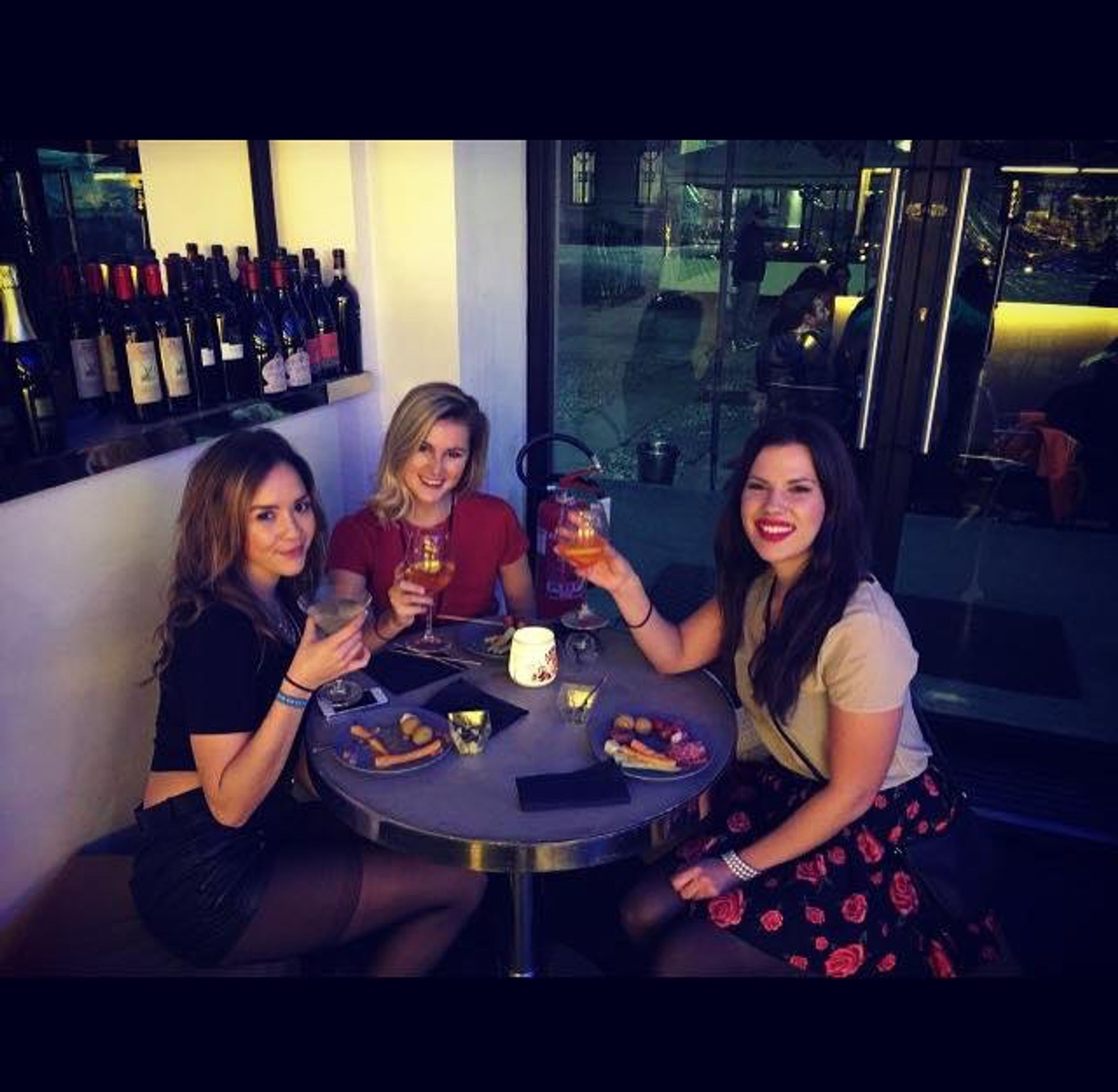 I’ve learned a lot this year and like many others around this time I find myself reminiscing about my past 365 days. About where I was, what I was doing, who I was with and the many things I learned along the way because that’s what the New Year is all about, right? About reflecting on the past to improve the future. So here I am, telling my story for 2016.

Now when I think about 2016, I’m going to think about living in Milano, Italy for six months, even though I was only allowed to stay there for three. I’ll remember feeling like I was above time on that New Year’s Eve because I watched the clock strike into midnight, while everyone back home stayed put in 2015. I’ll remember the countdown, and the excitement that flooded through the walls of the little Mexican restaurant that I spent too much of my time in. The moment when I hugged and double cheek-kissed everyone around me because in the exact moment, even if I didn’t speak Italian and they didn’t speak English, we all equally understood one another. I’ll remember drinking too much tequila and going back to that little pizza place on the corner, that had the best slices I knew about, twice in one night because well, tequila. I’ll never forget the forget the beautiful people from all around the world, who stood alongside me, as the year began.

I’ll remember that one time, around January, that I flew into London for the day and was harshly questioned by the customs officer, who was well aware of my motives for being in London for the day. I’ll remember being nervous but concise about my reasons for visiting and later that feeling of watching him stamp my passport for entry. I’ll never forget that feeling of walking through that large city, in the cold,and how it felt when I finally, after hours of walking, reached Big Ben just as the sun was setting to the sound of him ringing. It was the moment that I knew spending my day walking for hours was completely worth it.

I’ll always remember how cold I felt, on that January night, when I was on that horribly long bus ride from London to Paris or how the only thing I wanted was a cup of coffee at the bus station but didn’t have enough Euros to afford something so simple. I’ll also be forever grateful to that nice little French man, who paid for my much needed coffee. There’s also that amazing feeling of sitting alone, on that little park bench, as the sun fell upon Paris while watching The Eiffel Tower quietly shine to life. It was that moment with the Tower and that one with Big Ben that made feel like I was right where I was meant to be, living my life.

As my Euro trip came to an end, I found myself back in a place I had always called home, Tucson, Arizona. What I didn’t realize though is how hard going back would be for me. And maybe it had to do with some type of reverse culture shock or that I realized how much my Italian boyfriend sucked but I struggled there for a moment to find my happiness again. It was in those months that I learned what life was meant to bring me and while the good times are really great, the bad times are just as important because I was able to learn more about myself and what I actually wanted out of life.

2016 brought me a lot of magic, a lot of adventures and a lot of good memories, too. It was this year that I had one of the best first dates imaginable and even in my best dreams I couldn’t recreate something so perfect or something so exciting. It was a weekend in Las Vegas that I will never forget because spending your days jumping out of airplanes, taking scenic helicopter and gandalla rides while being treated like an absolute princess is something that should never be forgotten. And while the timing or the situation of things never seem to correspond with my wants and desires, my heart will always flutter with excitement, when I think about those moments.

My year ended with my largest lesson to date: How important my happiness and myself are.
I planned to spend my year in Africa teaching at an elementary school but when I realized how unhappy I was I knew that making it to the end of that journey would not be possible, if I wanted to continue smiling everyday. It was this decision that was the most challenging for me because I refuse to fail but I also learned that maybe failing isn't such a bad thing because it taught me that, for once in my life, I need put myself before something or somebody. So maybe failing wasn't so bad because I found myself back home, again, but this time with the happiness I've always encompassed throughout my years along side me.

So maybe 2016 wasn't perfect or exactly how I wanted it to be but I can look back and say with ease that it was one the best, most rewarding and lesson filled year of my life. And as I stare 2017 in the face, I make plans to return to school, continue traveling and slowly making my way to figuring out what I want to be when I finally grow up.

Now here's to 2017, another year filled with adventures, lessons and days of happiness.