This past year was my best year yet 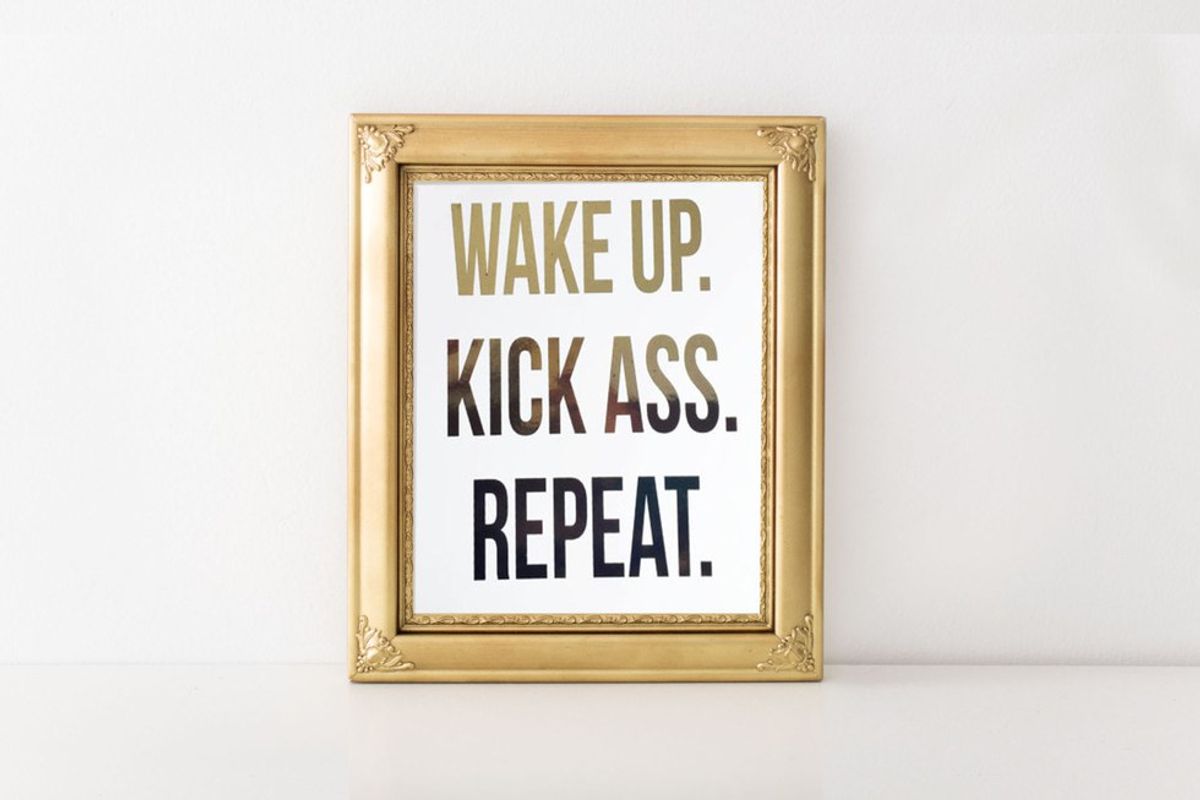 This year was, without a doubt, complicated. Brexit freaked everyone out, and then a very heated election took place all year long. ISIS attacks occurred all around the world, and the largest mass shooting in U.S. history happened at a gay nightclub in Orlando. And most recently, celebrities are dropping like flies. RIP.

So, while I recognize that this year was crap for a lot of people, it was literally the best year of my life. And for that, I will not apologize. This year, I thrived. I accomplished more than I would ever imagine possible and I could not feel more proud of my life right now.

1. I got my first tattoo

My two best friends and I got matching tattoos and I love it.

2. I saw some hella good concerts

3. I found out I would be interning in NYC

I still have no idea how that happened... #blessed

4. We got a picture of the whole family

My brother got married which means myself and my four other siblings actually are all in the same place. I swear it only happens every 5 years.

My co-managers at Kate Spade surprised me with a going away dinner before I left for NYC. I was so surprised and it was such a good feeling. Love these ladies!

6. I lived in NYC for three months

I lived in Manhattan for the whole summer, May until August. I rode the subway everywhere and walked every single place I went this summer. It was really tough and exhausting but the best experience of my life.

7. I met the other interns

I have never met such brilliant, wonderful minds. I went up to NYC thinking that I was going to dislike most of these guys with no intention of befriending any of them. I could not have been more wrong, though. Thank you guys for all the adventures and stories.

This weekend was seriously kick-ass. I attempted Soul Cycle, toured the Newseum and, most importantly, went to an all-you-can-eat brunch. And have you seen my partners in crime pictured above? Love these ladies.

I felt like I did not do as much networking as I should have while I was in New York. However, when I visited the Odyssey office later in the year, I was greeted with enthusiasm and curiosity. Everyone wanted to know what I was doing back and what I had been up to. It was an incredible feeling, and I realized I had actually networked my ass off. I am so lucky to have met all of the amazing employees in that office this summer.

10. I had brunch every other week

Do I need to say anything else?

No, I did not see Hamilton. Thanks for reminding me. However, I did see 13 other amazing shows on Broadway. Each one blew me away. Plus, I collect Playbills...all the cool kids do, right?

I just love Asian food, and it was over half of what I ate while I was away for the summer. Sorry, not sorry.

14. All the hugs I got when my internship at Odyssey ended

How do you say goodbye to the people you saw five days a week for three months? It was a sad day but I guess all good things must come to an end.

15. I took asked for a selfie with Odyssey CEO Evan Burns

16. I started my own Odyssey community

We published our first articles on August 1 with 15 people in our community. We now have 28 content creators with almost 500 articles created since then. Thank you to those who read all the content! If you haven't, subscribe here. Duh.

I randomly messaged the founder of Broadway Dreams about promoting one of my articles on social media. The next thing I knew she wanted to bring me on board as a social media intern. The next month I became a social media manager who is contracted out. I could not be more thankful to Annette Tanner and Amanda Watkins who have given me the chance to rise to the occasion. So thankful to be a part of this organization.

18. I started writing reviews for BroadwayWorld.com

I literally see Atlanta shows for free and write about it to promote theatre all over the metro. This is my dream job FYI. Plus, I got to interview Melvin Abston from "The Little Mermaid" national tour with the site. He's just been in Broadway's "The Lion King" and "Sister Act." No big deal.

19. I registered for my last semester of college

I registered for my final four classes at Kennesaw State University. It only took me 7 years. Insert all the sarcastic emojis.

Broadway Dreams also blew my mind when they took me up to NYC to run all social media while they have their showcase at Lincoln Center. Yes, you read that right.

21. I got a flight to Colorado for Christmas

Boulder-bound with some of the Odyssey interns this January. ATL to CO.