If you were given a one-minute ad slot during the Super Bowl that you couldn’t sell, what would you fill it with? 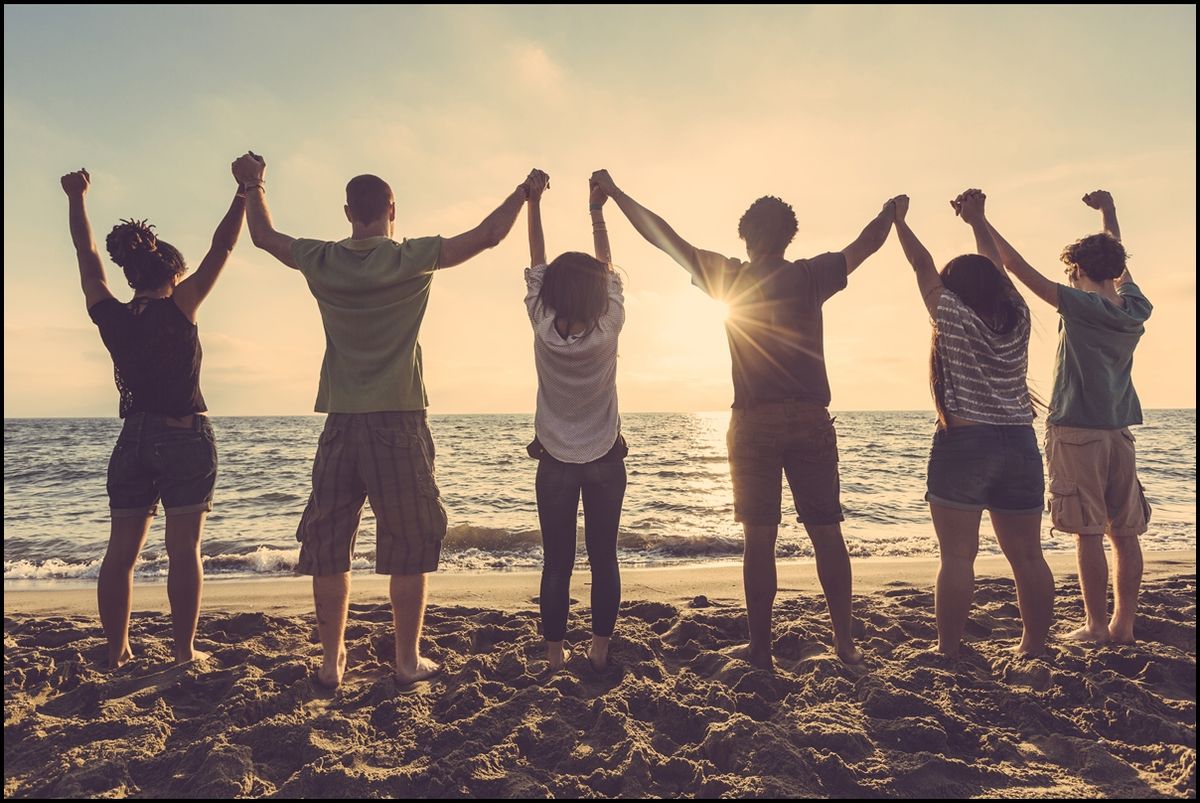 So this week I decided to ask my best friend a series of hypothetical questions taken from various websites. We thought it might be fun to see how well we know each other. So I'm going to answer what I think her answer would be then she'll give her actual answer. Try this with your best friend, you might be surprised by the differences in your answers!

1) What would you teach if you just had to teach something?

Me: Science? Since she's a science major haha.

Ellyssa: How to be wifey, and cook and clean

2) Who do you think would be more than happy to donate their kidney if you need one urgently for a life or death operation?

Me: Her parents because no one loves us more than our parents.

3) Which one of your fears will you instantly overcome if given the power to?

Me: Her fear of people in costumes lol

Ellyssa: A fear of heights so I could go skydiving!

4) What would you do with an ability to become invisible for a day?

Me: She would prank her boyfriend Billy and I for no reason other than for her own amusement.

Ellyssa: I would go to the bank and steal millions of dollars and be rich and buy a mansion where I will later die and haunt it for the rest of my life.

5) If you could buy one material thing, and money was not an issue, what would it be?

Me: A mansion because of previous said answer lol.

Ellyssa: A fortune five hundred company so that I will continue to make money for the rest of my life.

6) What food will you absolutely not, under any circumstances, eat?

Me: She HATES the Dunkin' Donuts breakfast wraps.

7) Which famous person would you like to be BFFs with?

Me: Selena Gomez? This one I'm not too sure. I feel like a failure as a best friend lol.

Ellyssa: Miley Cyrus because she has so many dogs I wouldn't know what to do with myself!

Me: I honestly have no idea, Ellyssa is barely ever sad lol.

Ellyssa: Not many songs make me sad, so I don't know? If someone wrote a song about me I'd probably be sad!... WAIT the song in Harry Potter when everyone is dying. That makes me sad...

Me: Her boyfriend Billy because he gets paid lots of money to do nothing.

Ellyssa: My boyfriend Billy because he gets paid lots of money to do nothing.

10) What embarrasses you the most in front of other people?

Me: Me honestly because I'm loud lol.

11) If you could change your first name what would it be?

Me: Sabrina because it's a great first name.

Ellyssa: Maybe Autumn because most people can pronounce it and you can find it on those tiny license plate key chains they sell... and it's my favorite season.

12) What do you think you cook or bake the best?

Me: Chicken Cutlets and Empinadas

Ellyssa: Literally everything I make is a masterpiece.

13) What ridiculous thing has someone tricked you into doing or believing?

Me: When I tell her I have a great idea lol.

Ellyssa: When my friend (me) says we're going on fun adventures... but they're not fun.

14) If you were given a one-minute ad slot during the Super Bowl that you couldn’t sell, what would you fill it with?

Me: She'd probably fill it with something regarding puppies.

Ellyssa: I'd fill it with 60 seconds of my smooth moves

15) If you could know the absolute and total truth to one question, what question would you ask?

Me: When she's going to get another dog and what kind it would be.

16) What is the dumbest way you’ve been injured?

Me: At work when she fell off the ladder.

17) What problem or situation did TV / movies make you think would be common, but when you grew up you found out it wasn’t?

Me: Growing up wasn't fun... they were right.

Ellyssa: When TV shows would talk to a boy and wouldn't know what to say but in reality all you say is hi lol.

18) What is the craziest thing one of your teachers has done?

Me: Gave her a grade below an A? I don't know lol.

Ellyssa: Given me detention, when I obviously didn't deserve it because I'm such a good egg.

19) What is the best and worst purchases you’ve ever made?

Me: Her best purchase was her queen size bed. Her worst is probably all the clothes she buys but never wears lol.

Ellyssa: The best was this really pretty black dress for only $10 and the worst purchase was after I bought that dress, I had to get it tailored for $50

Me: Me of course!

Ellyssa: My friend Sabriner (my nickname she gives me)

So the next time you and your best friend are looking for something to do, like we were, ask each other some fun random question. It makes for a pretty fun laugh, plus you'll be surprised at the different answers you both come up with! And if you're looking for more fun questions, here are the links below filled with a bunch of fun questions!

An Open Letter To My Baby In Heaven

An Open Letter To My Boyfriend This Christmas