“Write it on your heart that every day is the best day in the year.” — Ralph Waldo Emerson 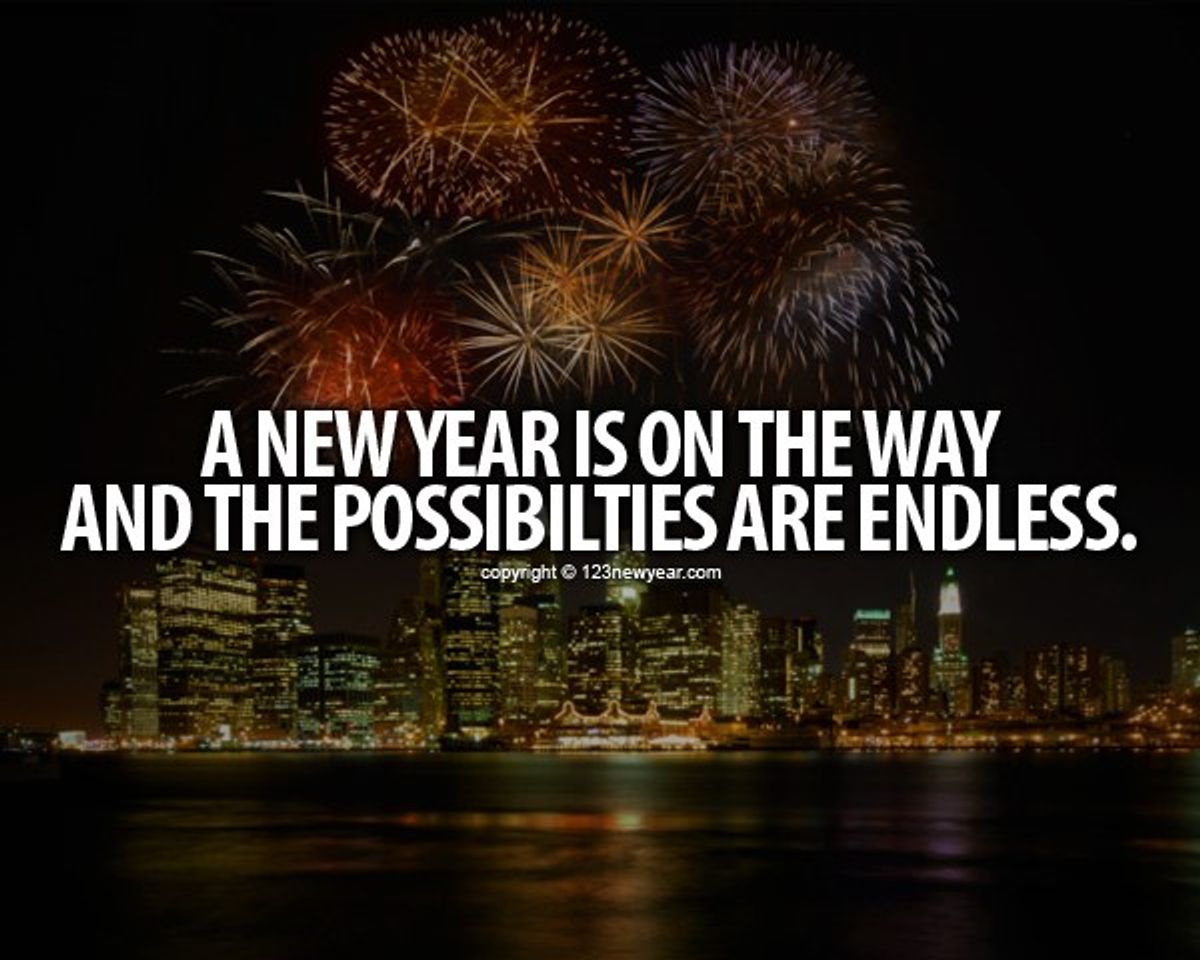 As we head into the final month of 2015, it's time to start tying up loose ends and preparing for the awesomeness that will be 2016. Are you ready?

2. “What is not started today is never finished tomorrow.” — Johann Wolfgang von Goethe

4. “Reach high, for the stars lie hidden in your soul. Dream deep, for every dream precedes the goal.” — Pamela Vaull Starr

5. “Your success and happiness lies in you. Resolve to keep happy, and your joy and you shall form an invincible host against difficulties.” — Helen Keller

6. “Write it on your heart that every day is the best day in the year.” — Ralph Waldo Emerson

7. “Be at war with your vices, at peace with your neighbors, and let every New Year find you a better man.” — Benjamin Franklin

8. “Hope smiles from the threshold of the year to come, whispering, 'It will be happier.'” — Alfred Lord Tennyson

9. “All our dreams can come true, if we have the courage to pursue them.” — Walt Disney

10. “Cheers to a new year and another chance for us to get it right.” — Oprah Winfrey

12. “Year's end is neither an end nor a beginning but a going on, with all the wisdom that experience can instill in us.” — Hal Borland

13. “I would say happy new year, but it's not happy; it's exactly the same as last year except colder.” ― Robert Clark

14. “Many years ago I resolved never to bother with New Year’s resolutions, and I’ve stuck with it ever since.” — Dave Beard

16. "New Year's Resolution: To tolerate fools more gladly, provided this does not encourage them to take up more of my time.” — James Agate

17. "What the New Year brings to you will depend a great deal on what you bring to the New Year." — Vern McLellan

18. “Let our New Year's resolution be this: we will be there for one another as fellow members of humanity, in the finest sense of the word.” — Goran Persson

19. “Resolution One: I will live for God. Resolution Two: If no one else does, I still will.” — Jonathan Edwards

20. “Character is the ability to carry out a good resolution long after the excitement of the moment has passed.” — Cavett Robert