If A 19-Year-Old Maniac Can Get A Semiautomatic Gun, You Can Too

If A 19-Year-Old Maniac Can Get A Semiautomatic Gun, You Can Too 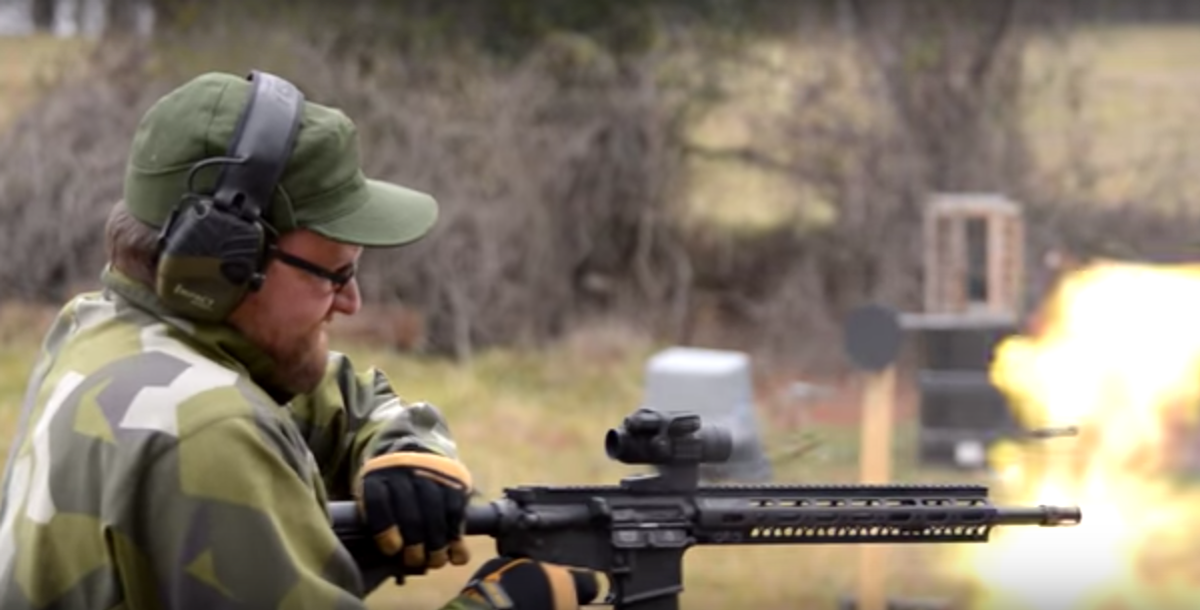 How did a military-grade weapon become legal for practically anyone to purchase?

I asked this question after I learned that the AR-15 was a semi-automatic weapon. And this was the same weapon that was used this Valentine’s Day.

Originally designed for American troops to kill enemy fighters, the AR-15 is easier to buy then a handgun in Florida…

Even living in Idaho, I had no idea that these guns were legal. I thought they had to be purchased from illegal arms trafficking. I would have been even more scared of guns and people who bear arms (especially concealed weapons… because well, it’s Idaho) if I had known it is that easy to acquire a type of gun like this.

Hell, if a 19-year-old homicidal maniac can get an AR-15 someone like me should probably get a gun too, right? I am sure that is what most people are thinking as well. Well if the insane and unstable individuals are buying guns, then the sane and stable individuals in our society should also be purchasing guns.

Of the recent deadliest mass shootings in the U.S., six of the ten have used an AR-15 style semi-automatic rifle. The most recent including in Sutherland Springs, Texas, Las Vegas, Nevada, and now in Parkland, Florida in the nation’s deadliest high school shooting. Keep in mind we have to say high school because there is also the deadliest elementary school shooting, which had even more casualties and no action was taken.

Now, let’s just start from the beginning. What is an AR-15?

The AR-15, commonly mistaken as an “assault rifle” but actually standing for “Armalite rifle” was first used in the late 1950’s in the Vietnam war as a replacement for a heavier weapon, the M-14, as the U.S. military was trying to find a gun comparable to the AK-47 that their enemies were using.

Actually, the AR-15 was at first a failure because the military did not want to spend money on a new rifle when the M-14 was already being produced. Then, in the 60’s, the M-14 production came to a standstill and they began to mass produce the new official rifle, the M-16 assault rifle, which became the Americans match for the AK-47. After the war, the standard weapon became the fully automatic M-16 while the semiautomatic version, the AR-15, became available to civilians.

In the 70’s and 80’s no one really bought AR-15’s or used them illegally, but after deadly mass shootings, sales of the gun went up (some say this is due to a copycat mentality of mass shooters, the NRA would say this is due to its ability to be “customizable, adaptable, reliable, and accurate”).

In 1994, Congress, along with President Bill Clinton, put a ban on the manufacturing of a number of assault-weapons and the AR-15 was one of them. The production of the AR-15 was then stalled for ten years until the ban expired. If a ban is not renewed after ten years, then it dies. So even though the majority of the American public did not want this ban to go away, it wasn't renewed or reauthorized and the weapons were available to sell to the public again.

Of course, there was a large amount of support for this ban to expire (looking at you, NRA). And just like prohibition, once it was taken away, everyone seemed to want it even more, and do anything to get one.

But wait, it’s not that hard to get one in the state of Florida, as well as most other states.

So how did troubled 19-year-old, Nikolas Cruz, buy a semi-automatic assault weapon? Before he can buy an alcoholic beverage he can buy an assault weapon? Not to mention a 19-year-old with a history of erratic, troubled, antisocial behavior who was expelled for physically abusing his former girlfriend. A 19-year-old whose Instragram account was filled with guns and dead animals. In fact, many in his school were not surprised that he did something like this. Oh, and to top it off, the FBI had a tip about this man… So they obviously shouldn’t be surprised he did something like this either.

You have to be 21 to buy a handgun, but 18 to buy an AR-15, so it really is easier to buy this assault weapon for someone like Nikolas Cruz. You do have to pass a background check, however, and here is the federally prohibiting criteria from the FBI. But still, none of these would prevent him from owning and buying a semiautomatic weapon… A deadly machine that was designed to kill enemy soldiers and is now being sold to civilians and used to slaughter their own people.

And simply put, the only reason for these laws is because this is how Congress put them in place and it is all through gun lobbying and support that has just kept it easier to get these type of weapons. So each shooting is basically endorsed by Congress and the NRA.

So there you have it. The origin, uses, and process of obtaining an Armalite rifle, not to be confused with an assault rifle, which is also created to kill mass amounts of human beings. At least we all have more information about this weapon so we will know more about it for the next shooting.