There's nothin' that his mind can't do. 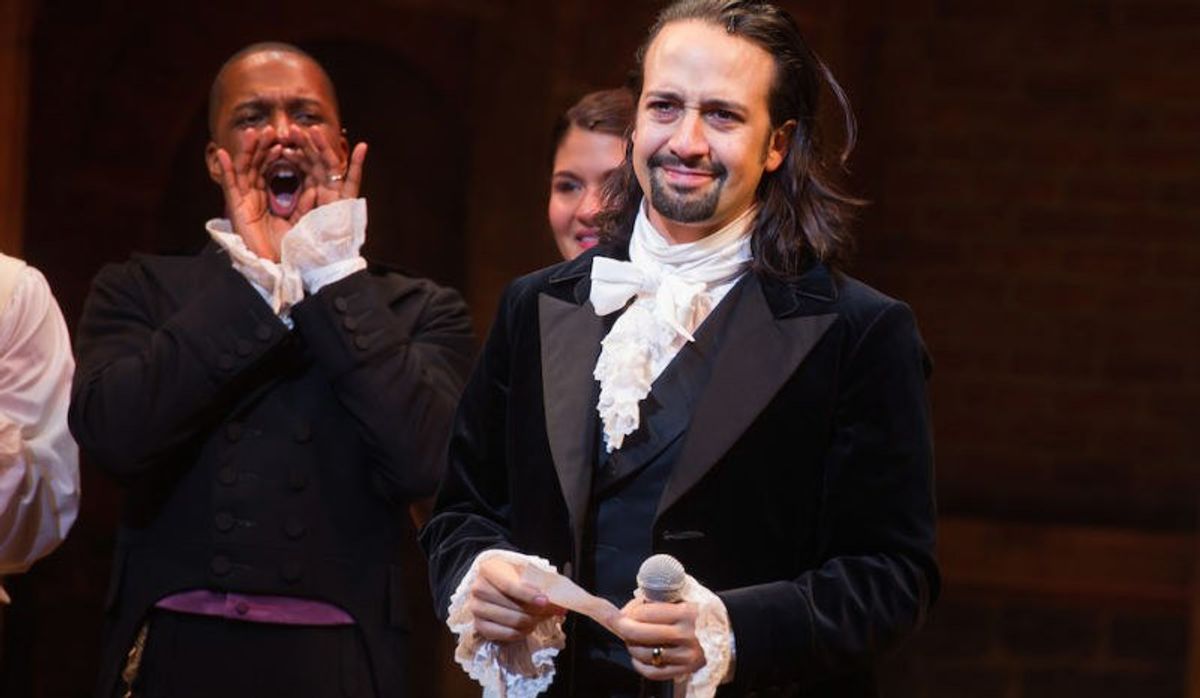 Lin-Manuel Miranda is the brain behind "Hamilton," the Broadway musical that's kind of taking over the world. "Hamilton" is a show about the founding of America, especially the significant role Alexander Hamilton played in building our nation. Yes, Alexander Hamilton, that guy they wanted to take off of the 10 dollar bill. But I'm not here to talk about that show everyone else is talking about. I'm here to talk about the genius who wrote it. Miranda is very active on Twitter, despite his busy schedule. Seriously, though, I don't know how this guy even finds time to sleep. He's sending out 140-character-long messages at all hours of the day, with many of them in reply to fans. From the sarcastic to the thankful to the inspiring, there's one common thread weaving through each of Miranda's tweets: he simply wants to let his fans know that he is always thinking about them and that he will never stop thanking them.

He understands how difficult it can be to impress the ones we love.

He took to Twitter to find out if any fans figured out if the cast recording of "Hamilton" and his audio comments lined up like Pink Floyd's "The Dark Side of the Moon" lined up with "The Wizard of Oz." He also asked if fans figured it out using boomboxes, instead of, you know, iPhones or some technology like that.

He's proving to us all that it truly does get better, in reference to him winning a Pulitzer Prize.

He was as saddened by the death of Prince as anyone else, but he was able to see the good that life can still bring.

He got us all thinking about the deep messages found in our beloved children's books.

He gives advice to the few of us whose biggest problem with essays comes from going OVER the word count.

I think this guy knows the power words hold when we use them with good intentions.

He reminds us that we were all made with purpose, and we were meant to fulfill that purpose.

His show was nominated for a record-breaking 16 Tony awards, but he didn't forget to congratulate all the hard work the nominees and non-nominees alike put into the shows we see on Broadway.

He's honest about the fact that being a parent can really affect a person's life.

He wished good luck to all the APUSH kids he hoped "Hamilton" helped. I know I would've loved something like this during my APUSH days.

And he can't forget the rest of those dreaded AP exams, so he tells the world about that time he wrote a musical that could be applied to AP Biology. Because of course he wrote something like that.

He shared a heartfelt piece of advice from his mom with the world on Mother's Day. What a gift.

He reminds the world that the fast bars Daveed Diggs raps in "Guns and Ships" is just the beginning with that guy. With a bike metaphor.

He constantly shouts out the people who sit in the front row at the shows, especially when they give him energy. And when he finds immense satisfaction in how giddy they get when he winks and smiles at people in the front row.

He has a weird way of telling his fans good morning sometimes.

He enjoys getting sassy with his fans.

And we can never forget the incident that began the #YayHamlet joke.

These are just some of Miranda's funniest/most sincere little messages. The guy knows how to weave words together to send a powerful message, and manages to make those words rhyme, but he also knows how to relax and have fun with his fans. To experience more of his genius, make sure to give him a follow.