18 Signs You're A Strong, Independent Woman

18 Signs You're A Strong, Independent Woman 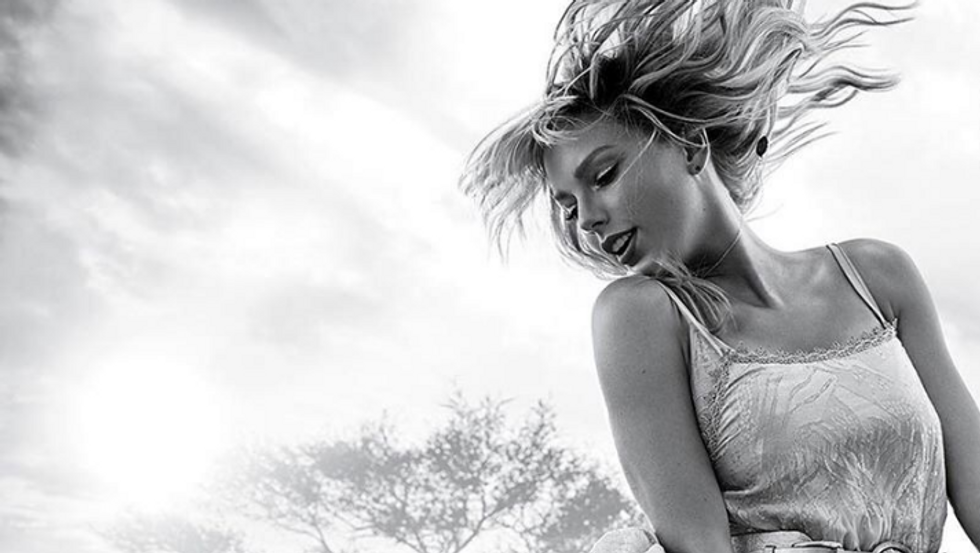 Strong women are a gift to the universe. They help us live, learn, and grow. They shape who we are even if we don't know them personally. Without them, we literally would not exist. Here's to all the strong women out there - may we raise more girls to be brave, fearless, and proud like you.

1. You believe in yourself and others.

Though it may not always be inherently obvious, you know that you and your friends are capable of anything. You're willing to encourage everyone and anyone who needs an extra push and when it comes to self-motivation, you're willing to give it your best shot.

2. If the path is unclear, you're willing to find another way.

Sometimes the rules aren't clear, or they don't make sense for everyone following them. You're willing to think outside the box and find an alternative solution that will benefit everyone.

3. You're more of a leader than a follower.

If you're willing to find a way around the rules, you're likely more of a leader than a follower. The world was built on strong, independent women, and we have no shame!

4. It's more comfortable for you to do things your own way.

It's not that you have a superiority complex or anything, but sometimes it's more comforting to complete things the most efficient way possible (in your honest opinion).

5. You're a role model to someone.

Even if it's a neighbor, co-worker, a niece, or nephew, you matter to someone. Someone probably thinks you're really cool even when you think you're not looking so hot. Remember that you are always going to be #goals for someone.

6. You're an emotional rock.

People come to you for help, whether it be emotional or physical. You offer a shoulder and stay strong for people who need you. It's one of the traits that makes you so strong.

Whether it be for money, work, friendship, or something else altogether; people rely on you. You're dependable, and people know you won't let them down. You're an important person to know.

8. You're passionate about whatever you do.

You put 100% dedication into everything you do, and people really value that. You know that the job isn't done until you've seen it through to the end. You're not afraid to do whatever you can to get to the finish line.

9. Honesty is something you value.

There is no strength in lying, in faking it, or in two-faced relationships. You know that honesty is important in every single endeavor. You set an honest precedent for everyone around you.

11. You get shit done one way or another.

Even when you procrastinate something, you're multitasking and getting work done. Even when you're taking a break, you're actively thinking about something else you have to work on. Finishing things isn't a problem for you, no matter how much time you may need to finish them.

12. Even when you feel like you can't pull yourself together, you do.

You know that tomorrow is a new day and everything will work itself out in the end. Even when it doesn't work itself out, you figure something out and find a different way. You're a perseverance expert when it comes to getting yourself together.

Part of being a strong woman is breaking the bounds, changing the game, and making history. Whether it's arguing for a pay raise, fight for equality, or something more personal, like escaping your comfort zone - there is no test to see how far you'll go.

14. You empower other women, instead of putting them down.

You know that no strong woman became strong on her own. You empower and encourage other women instead of tearing them down. You stand with your fellow #strongwomen, and push them toward greatness.

15. No one needs to tell you how to live your life.

You are strong and independent! You don't need anyone giving you directions or orders. You know this and refuse to accept those who attempt to order you around.

16. Sometimes you put others before yourself, but you still take care of yourself properly.

Part of being a strong person is knowing that there are others you either have to or want to take care of. Despite this, you still know how to engage in self-care. Without it, you know you won't be strong enough to care for the others.

17. Even when you don't feel strong, you hang in there for the people who need you.

Even on your worst days, you keep going. You're not only someone who refuses to throw in the towel until everyone is safe and okay, but you're also someone who makes sure everyone is comfortable and content before truly reeling it in for the day.

18. You know you're a strong, independent woman who doesn't need anyone to tell her otherwise.