Saying Goodbye to College Life is Tough, But Music is Always There For You. 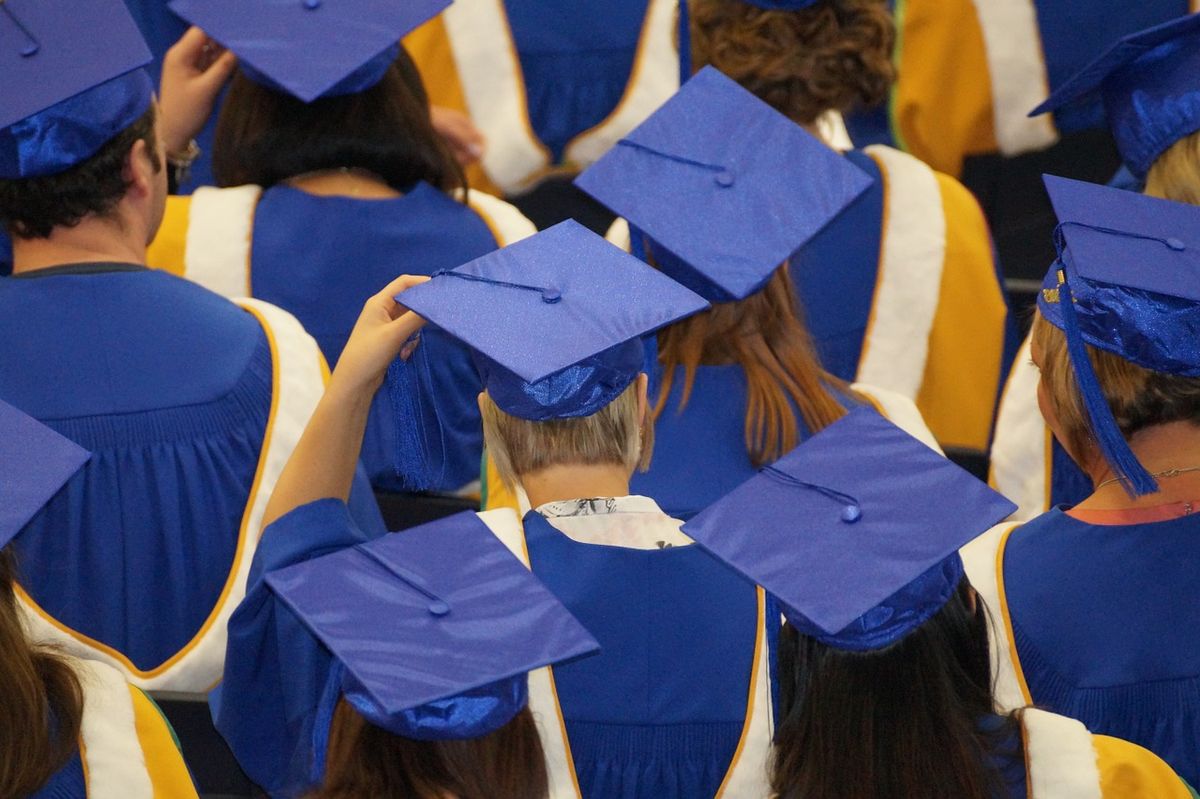 Graduation season will soon be upon us! Everyone’s got their rituals when it comes to celebrating their graduation. Some people have parties or barbeques, some may just be lazy and sleep in the day after graduation. While everyone’s got their rituals, I’ve always found music to be symbolic of the stages that I’ve experienced in my life. So, with that all said, here’s a list of songs that I think should be on every graduate’s playlist this graduation season.

For younger generations, you’ve perhaps never heard of Vitamin C. Vitamin C, the stage name of American songstress and current Vice President of Nickelodeon Music Colleen Fitzpatrick, was a pop star in the ‘90s. Apparently after “Graduation” came out, every high school graduation played this song because of its massive popularity back in the day. Take a listen and judge for yourself if you like it.

Miley’s classic “The Climb” never fails to bring people together as we triumphantly feel nostalgia for times past, and hope for a bright future, despite the challenges that we face in our lives.

4. “I Will Remember You” by Sarah McLachlan

If you don’t feel the feels whenever you listen to ANY Sarah McLachlan song, I swear you’re a robot. Just listening to McLachlan’s voice… I just… *grabs tissue*.

5. “Good Riddance / Time of Your Life” by Green Day

Green Day is always a crowd pleaser. No question in my mind. I personally love this song, mostly because of my connection with it last summer when I had the best summer of my life in a summer program that I attended at Bucknell University. I’m sure that if you listen to this song as much as I have, you’ll see that Green Day - a band known for their hard rock nature - is simply spectacular stripped down to the bare essentials of beautiful lyrics and beautiful string instruments.

6. “Carry On” from Disney’s Bears movie by Olivia Holt

Holy crap, the video for this song cute as hell! While I will admit that I chose to include this song because of the great lyrics that definitely are graduation-esq, I can’t help but be distracted by the cute bears in the official music video for this song. Watch it, it’s great!

I don’t know about you, but all you’re doing in college is staying alive as you’re working hard to get your degree. So, it only seem natural to have this song play as you’re groovin around with your hard earned college degree.

Literally every single lyric in this song relates to graduation in some way. Just read them!

Before you start sending me hate mail saying that Nickelback is quote-unquote “trash”, hear me out. Not only is this song nostalgia on steroids, but the themes of saying goodbye to good times is frankly part of what graduation is about, don’t ya think?

I’ll keep this one point blank and simple: Graduation is a day where you just take everything in and savor the moment of walking across the stage to get the degree you’ve worked so hard on, so why wouldn’t this song be on a graduation playlist?

Odds are you’re gonna miss the friends you’ve made in college, and you’ll likely have to part ways as you embark on post-college life. Yet, as this song implies, you’ll always get the chance to reconnect with people you’ve known in college (or in any setting really) someday in the future.

12. “Wherever I Go” by OneRepublic

While this song conventionally is not something you’d relate to graduation, this song is about going places and always having someone to seek out when need be. To get walk the stage, there’s a likely chance you did not do that on your own and had people help you get there. Whether it’s your mom or dad, brother or sister, friends, whoever, you’ll always have people to look for in the bleachers cheering you on at graduation.

Lyrics: “Carry on my wayward son / There'll be peace when you are done / Lay your weary head to rest / Don't you cry no more”

Guess what? You’re about to graduate. You don’t have to worry anymore, quit the goddamn tears of frustration and pain of midterms now! You can rest easy now, and just carry on, my wayward sons.

Leaving the college you spent years at will feel as if you’re leaving a second home away from home. It’s a bittersweet feeling, but hey, don’t worry graduates! As Phillip Phillips sings, “Just know you're not alone / 'Cause I'm gonna make this place your home.”

Yes, this is another OneRepublic song on this list, but hey can you blame me? This song is great! Plus, this was the final song that was sung on Glee in their series finale, so I get a pass for adding two songs by the same artist here.

This was my anthem when I graduated from high school in 2016. Literally I would listen to this song every single day leading up to my graduation after Panic! released this song.This song is all about celebrating victories, and let’s face it, so is graduation.

Class of 2018 Graduates: You are the champions for the day. Put on your caps and gowns as you triumphantly proclaim that you guys are indeed the champions this graduation season.