Get onto Netflix and get your blood-pumping. 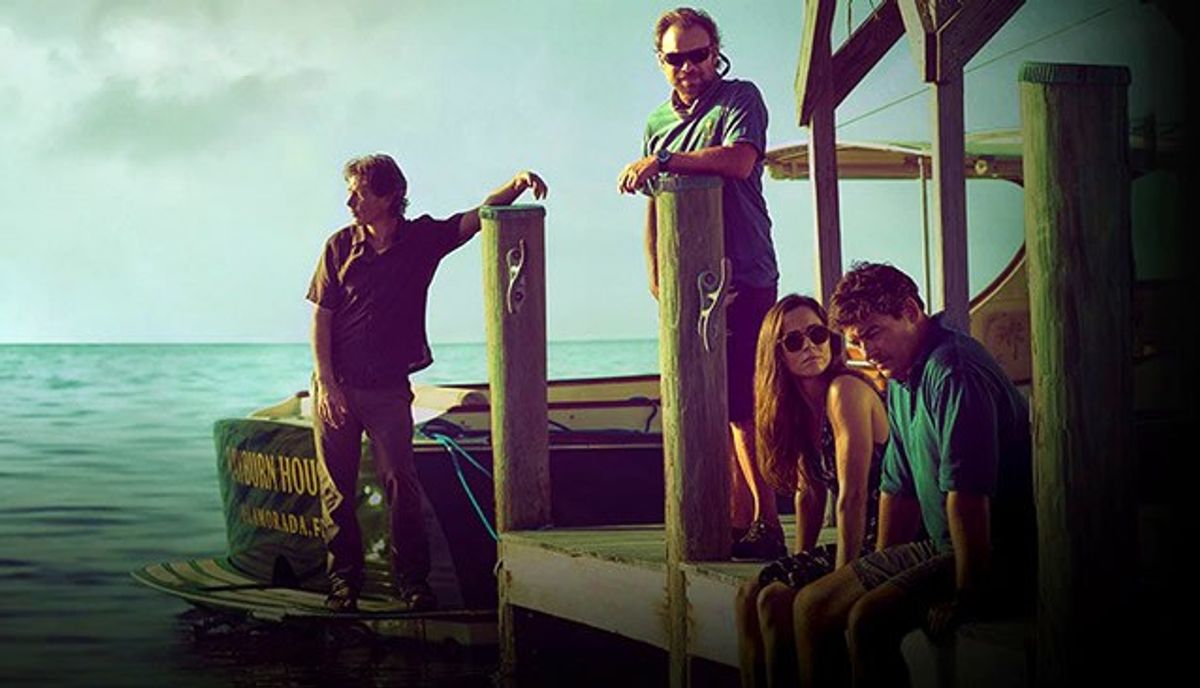 The task of getting into a new show -- the obsessive consumption of drama that seeps into your thoughts and constantly pulls you toward your TV for more -- is definitely overwhelming. And you probably already have your repertoire of TV shows lined up on your Netflix queue, but if you're not already invested in the Rayburn clan's constantly unraveling drama, you're missing out. "Bloodline" is a Netflix Original Series, and of course, once you press play on that first episode, you will be glued to the screen -- to the complicated and anxiety-ridden plotline as the Rayburn siblings navigate through their myriad of tragedies. Yep, it's another family drama, but the pivots and pirouettes of this plotline will take you on a thrill ride you've never experienced with another show. Here are 16 reasons to escape your own drama and start binge-watching "Bloodline."

I'm not gonna lie, Kyle Chandler is one of the main reasons I started this show in the first place. We all fell in love with Coach Taylor in "Friday Night Lights," and ever since that went off the air, we've been scouring the screens for another Kyle Chandler fix.

"Bloodline" is very suspenseful -- to the point where I find myself physically tense. I usually need to take a break after two episodes (which is a good hindrance on my binge-watching habits). But of course, even when I'm not watching, I'm still thinking about what might happen next in the show. And I can't help but watch another two episodes about an hour later.

3. The Rayburns are more dysfunctional than your own family.

This is always a selling point for a show. The Rayburns make your family look like the perfect American family.

The setting of the show is gorgeous. The backdrop of dazzling turquoise lagoons juxtaposed with literal and figurative blood is an enticing contrast.

5. The elements of a cop show.

"Bloodline" is not a cop show, but it has a lot of those qualities, as one of the Rayburn siblings is a detective and another is a lawyer. Somehow, the Rayburns constantly find themselves tickling the law.

The Rayburn siblings and parents all kind of look alike, making the characters' entanglements so much more believable. Look, can't you see the resemblance in their noses?

"Bloodline" was created by the same people who gave us "Damages."

Or should I say plotlines. There's a lot going on in this show; there is never a dull moment.

The Rayburns are a tight-knit family, and the show revolves around the sibling dynamics.

10. The all-too-relatable tension between facades and reality.

"Bloodline" is a "slow burn" of a show. The first half of a season fills you in on all the background, then suddenly, the show is action packed.

And who doesn't love some family drama?

The entire show looks like it has a spooky filter over the lens, and it's shot as if you're spying on the characters the whole time -- from a shaky distance that soon zooms in and steadies.

14. Everybody (who has good taste in TV) is watching it.

Don't you want to get in on the convos?

The opening song, "The Water Lets You In" by Book of Fears, is eerie yet has a light acoustic guitar riff. There are other quality folky songs sprinkled without the series, but the music that accompanies the climactic scenes is what really makes you feel along with the characters. As I said before, I physically tense up when I watch the show.

16. The thought-provoking disparity between being "bad people" and doing a "bad thing."

"We're not bad people, but we did a bad thing," Kyle Chandler warns in the pilot episode. It's an interesting concept to think about, and the whole time, you're left wondering -- who are the bad people? If it will make you feel any less guilty for adding a new show to your lineup of binge-watches, just know that this show will make you think.

Glorie Martinez
73
Why I Write On Odyssey