"16 Candles" Should Be Retired As A Classic
Odyssey

"16 Candles" Should Be Retired As A Classic

Because rape culture is so not in right now. 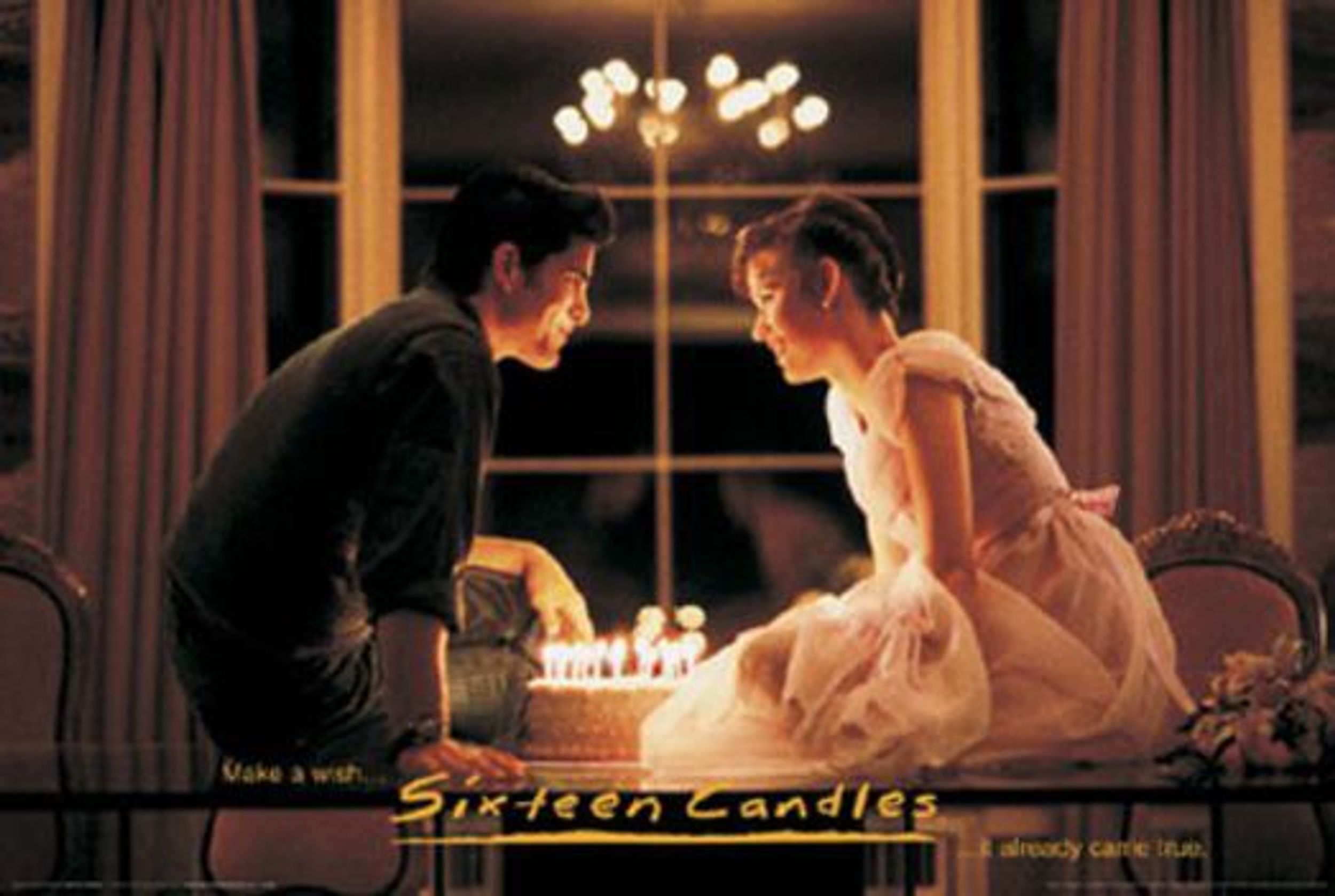 Tell someone you've never seen "16 Candles," and their eyes will bulge out of their face along with a vein in their forehead. Then, their mouth will drop as a gasp escapes from the back of their throat. They are almost unable to utter the words, "You've never seen '16 Candles?!'"

And, to be frank, I was sick of having this experience with people. So, I decided, what the heck, I'll watch "16 Candles." I love "The Breakfast Club." It's a great movie, so naturally, I figured I'd love "16 Candles."

And thus began the next 90 minutes where I sat, mouth open, wondering who could ever make such a disgusting movie? And who in their right mind would encourage anyone to watch such a movie, not to mention any girl?

You are probably wondering how did I miss this? Or, you're just blatantly angry at me for even thinking or saying such a thing. But, perhaps, you should revisit some of the scenes from this teen film.

Jake, the romantic stud of the movie, and Ted, the geek who starts the movie madly in love with Sam, are in the kitchen after a completely wild party. Ted is fixing some martinis. Jake turns to him and says, ever so eloquently, "I have Caroline passed out in the bed upstairs. I could violate her 10 different ways if I wanted to." Aw, Jake stop I'm swooning. And Ted, naturally, does not miss a beat asking him why doesn't he? Yes, why wouldn't you go rape your unconscious girlfriend? Gee golly, that's a tough one.

Now, the romance doesn't stop there. In his valiant effort to win over our protagonist, Samantha, Jake agrees to let Ted take Caroline home (since she's too drunk to notice the difference between her boyfriend and some stranger), as long as Ted gives Jake Sam's underwear, which Ted had asked Sam to give him earlier in the movie. So then, Ted carries a completely passed out Caroline over his shoulder into Jake's dad's car where Jake tries to tell Caroline that Ted is Jake. So that, naturally, Caroline will believe a stranger is her boyfriend and then let said stranger have his way with her.

If that wasn't bad enough, Ted then takes Caroline over to his friend's house, so they can photograph Caroline sitting on Ted's lap. Why would they want this photograph, you may ask. Well, because Ted wants people to believe he had sex with Caroline. And no one would, so naturally, they photograph them together. Sex, I might add, Caroline would never be able to remember.

Flash forward to the next morning, and Ted and Caroline have a nice little chat after they both wake up in the car. They both look like complete messes, and Ted also seems to have a bruise on his cheek. They have a very lovely conversation about how neither of them remembers having sex, but they think they did. This part also made zero sense to me because Ted is never seen to be drunk throughout the movie. So, why wouldn't he remember it? But instead of being scared or angry or upset, Caroline says she felt nice waking up in this strange boy's arms. Because that makes total sense.

Now, besides the rape of Caroline, there are other offensive moments in "16 Candles". Like how Samantha's sister takes so many muscle relaxers she can't even walk down the aisle? Another example of a woman not being able to consent to something. Or, how about the racist portrayal of the Long Duk Dong? Or, when Sam and Randy joke about her getting a car for her birthday and Randy says she just needs "a pink Trans Am and the guy." To which Sam says "A black one," and Randy gasps, horrified, saying, "A black guy?!" to which Sam laughs and says, "No a black Trans Am. A pink guy!" So funny.

So, if you haven't seen "16 Candles," I don't recommend it. People might try to say, "Well, it was the '80's, but so what? When was it ever OK to teach women, especially young girls, that guys can take advantage of them? And if you have seen "16 Candles," I would encourage you to think about the message it is sending before you show it to friends, but especially kids. We have the power to end rape culture, a culture in which rape is condoned and where the woman is blamed. A culture that allows movies, such as "16 Candles," to be, not only produced, but idolized by society. A culture that needs to come to an end.