15 White Lies Women Tell Men And What They Really Mean
Odyssey
CurrentlySwoonLifestyleHealth & WellnessStudent LifeContent InspirationEntertainmentPolitics and ActivismSportsAdulting
About usAdvertiseTermsPrivacyDMCAContact us
® 2023 ODYSSEY
Welcome back
Sign in to comment to your favorite stories, participate in your community and interact with your friends
or
LOG IN WITH FACEBOOK
No account? Create one
Start writing a post
Entertainment

15 White Lies Women Tell Men And What They Really Mean 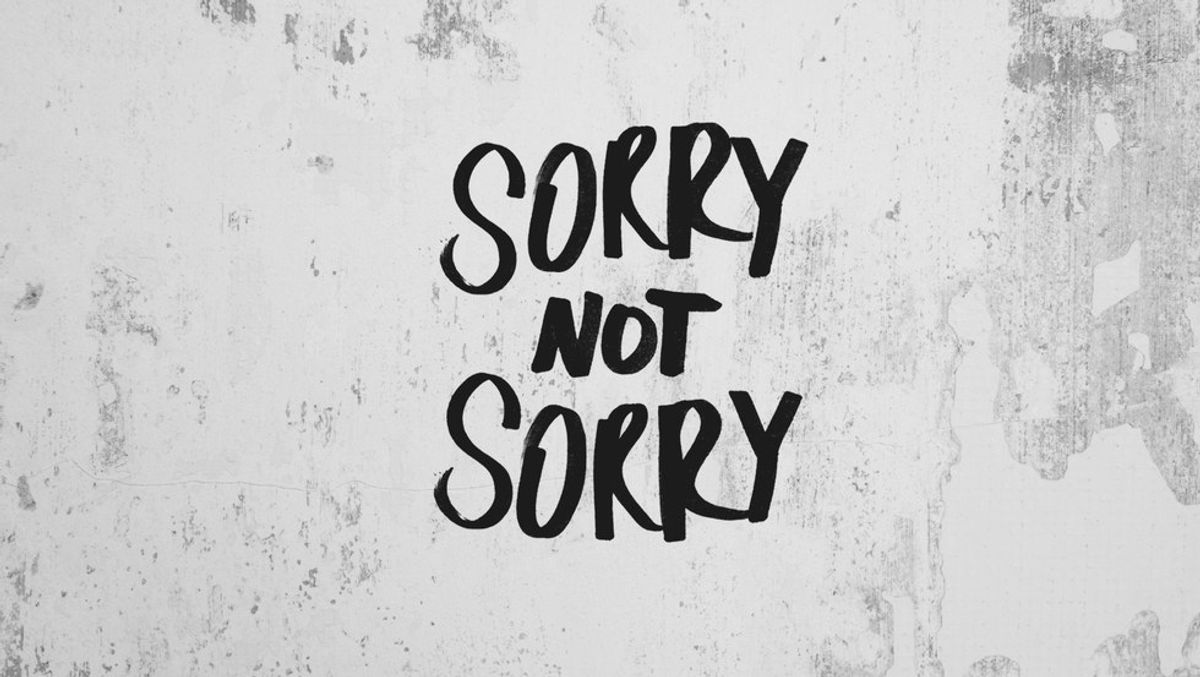 I should preface this by saying not all of these are true. Sometimes, when women say something, we actually do mean it. I, personally, normally mean exactly what I'm saying. However, there are some times when you know the truth would hurt just a *teensy* bit more than a lie, and a white lie is the kind-hearted way of trying to help someone you care about preserve his dignity. These are just some of the little white lies I know women have told men when they're afraid to crush his delicate ego.

That being said, if any of these upset you (men), it's probably because you know deep down they might be true. Try not to get your feelings hurt. After all, we're only trying to make you feel good. In all honesty, I'm sure you've used them on women as well. Ladies, while I always advocate honesty is the best policy, even I know sometimes that's not an option. Try to use these sparingly, but at least they're here to fall back on if you need them.

We're likely never going to actually hang out. I'll use this line as long as it works, until they give up and stop bugging me about it, or confront me... at which point I'll throw out, "Yeah. I'm not interested. Sorry." Hint: I'm not sorry.

It was mediocre at best but I don't want to hurt your feelings. It's not that it was bad. I've just had better. And then I'm not going to sleep with you again, and go find someone who has a better handle on their *ahem* equipment.

I've had bigger, but I'm not going to tell you you're average. No one wants to be shamed for their body, nor should they be. So I'm going to let you have this small victory, and someone will probably tell you the truth eventually. Just not me.

I'm talking to at least three other dudes, because I know you're talking to at least five other girls. It's not personal. It's practical. You're likely never going to date me, and I'm okay with that, but I'm not going to cut off other potential options so that you can feel like the only important man in my life. Truthfully, you're probably not that important at all.

I don't want to be a "whore," or "easy," but I want to have sex. But then you'll think I'm a whore, so I'll hold out for as long as I can, even though I wish I could rip your clothes off without you judging me or telling your little friends what a slut I am.

I'm going to lay in bed and watch Netflix. I'd rather do that than have you pretend we're going to watch Netflix while you try to stick your hand down my pants. Hint: I'm not sorry.

They might be. They might not be. I might just be too comfortable in bed, haven't shaved in a while, or don't feel very sexy. Trust me, if a girl wants you, she won't care that her parents or roommates are home.

Eh, you're all right. Your conversations pass the time, but don't think I'm in love with you or anything.

We're all that kind of girl with the right guy. Even if there's a year or two in between partners, sometimes you slip and your inner nympho comes out of hiding and makes an appearance.

You probably look like shit. OK not really, but it's possible this is said sarcastically as much as it is said truthfully. You might really look good...and if you're sick or something, you probably look less than good. Maybe you really do look like you've been working out, or that haircut is really cute...and maybe you just look like too much of a tool for us to risk being truthful.

I don't work 24 hours a day. I just don't want to wake up early for you (gag), or get out of work and pull myself together for you, when I could (much more) easily just go home, crack a beer, and take off my pants.

14. "That's cool/awesome/fun (and any variation thereof)."

It's probably none of those things. I probably don't actually care about whatever dumb thing you just told me.

This is a good, old-fashioned, rainy-day, back-pocket excuse that literally never gets old. So valuable, it's white lie gold. What you don't know what hurt you, and what terrifies you, makes me infinitely happier.

Again, I'm not one to lie. I will tell you straight up if I'm uninterested, if I think you're a giant jack*ss, or if this isn't going to work. However, I use these white lies when I genuinely don't want to be mean. Besides, if I told you the truth in these situations, I'd automatically become "such a b*tch." Guys, if you've got a lady in your life using these lines, just ask. She'll (probably) tell you the truth. And for every guy I just alienated with this article: