14 Reasons You Should Use The Oxford Comma
Odyssey

14 Reasons You Should Use The Oxford Comma

It's necessary, important, and life changing. 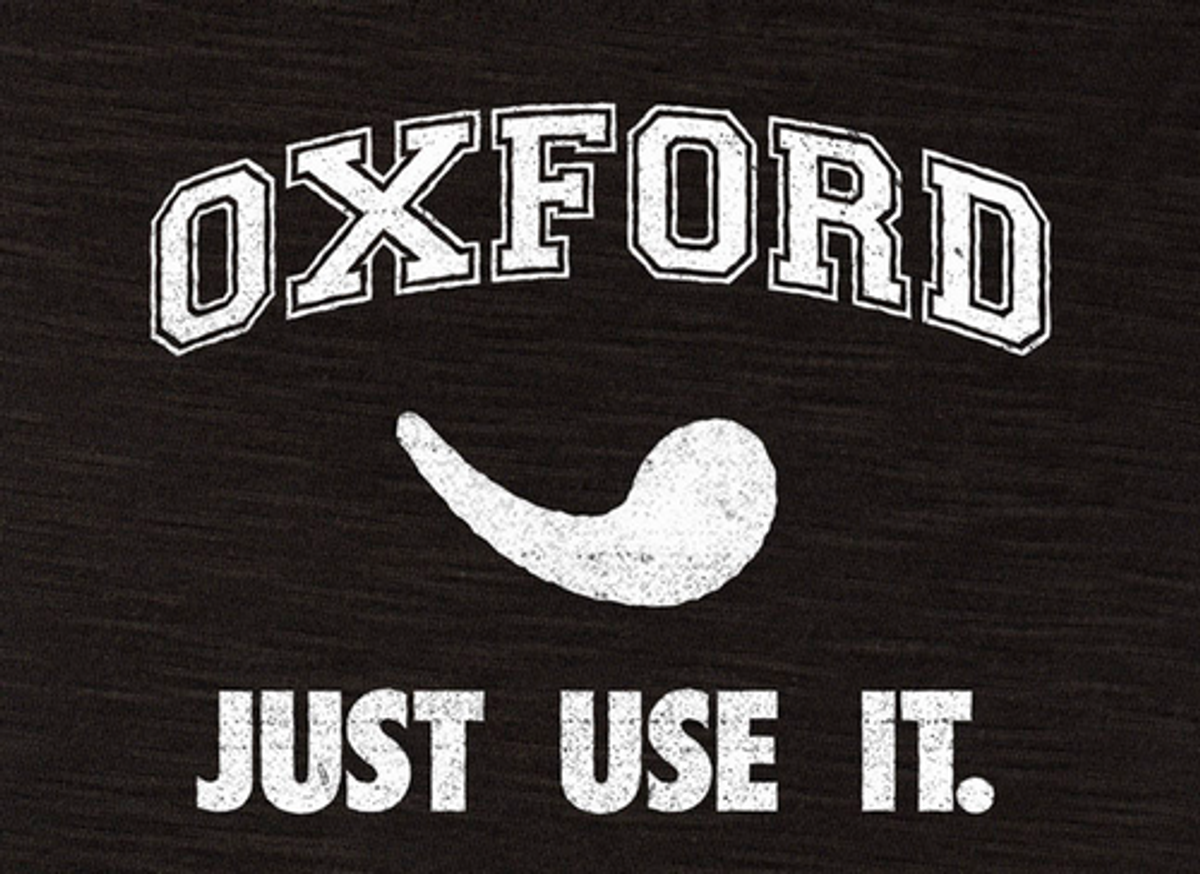 The Oxford Comma debate is one that has burnt a hole through the literary community for quite some time now. Grammar nerds and nazis alike have taken up arms to fight for this punctuation mark struggling for survival. Here's a quick definition if you haven't been actively following this debate.

Keyword: optional. If you were wondering, I'm pro-comma. It's actually one of the most important pieces of punctuation out there in my opinion. But people with my opinion are losing the battle, and it's heartbreaking. The Associated Press and New York Times style guides have already done away with it. Even at The Odyssey (which follows AP Style), the Oxford Comma gets edited out of my articles, and I die a little bit on the inside whenever that happens. It may even ironically be edited out of this article, too. My apologizes if that happens; I swear I'm not a hypocrite. (Copyeditor's note: We retained Oxford commas in this article.)

Anyway, pro-comma people are not giving up without a fight.

If my passion hasn't convinced you, and you still somehow think that the Oxford Comma is unimportant, I will now present a list of reasons to prove to you why we're fighting so hard to keep it around.

1. People may mistakenly confuse other people for your parents.

2. And that can escalate quickly.

At least you have good genes? And you were married to Robert Duvall.

4. Wait, what about Nelson Mandela?

I could believe that he's a demigod, but the Oxford Comma is all that separates this revolutionary icon from perversion.

5. Let's not even talk about what happened at his tribute.

In their defense, it is legal now.

6. Without the Oxford Comma, dinner parties can get pretty weird.

Or fun, depending on how you look at it.

Talking to your breakfast is one thing, but putting orange juice on toast?

8. But at least it could lead to some great inventions.

I know I wanted some mutant rhinoceros presidents.

9. We may seem nerdy, obnoxious, and unnecessary, but we're right.

We also love using strippers as an example.

10. Do you even need another reason besides this one?

If Zefron can't convince you, then there's no hope.

12. Okay, sorry. I got carried away. Back to the actual grammatical examples.

It doesn't matter if you prefer him as a cake. Nick Jonas is not actually a cake.

13. Things can get straight up dangerous without it.

That dog has no idea what's coming.

14. And, finally, the Oxford Comma community appreciates your support.

And makes fantastic Harry Potter references. Don't you want to pick the side that's well-read?

The Oxford Comma clears up confusion within a sentence and logically makes sense. Why would you only separate some things in a list while leaving others connected? I'm convinced that you're probably just lazy. And if you think that the absence of the Oxford Comma makes a sentence cleaner, a cleaner sentence is useless if it doesn't make sense. Sure, not all sentences are unclear without it; but some are, and therefore it would be better to use the Oxford Comma at all times for the sake of a uniform rule. If you decide to point at the endless exceptions to the endless rules of the English language, I can't exactly argue with you there. I'm just trying to add a little sanity to a world that is apparently bent on allowing presidents to be perceived as strippers.