"You may all go to Hell and I will go to Texas!" - Davy Crockett 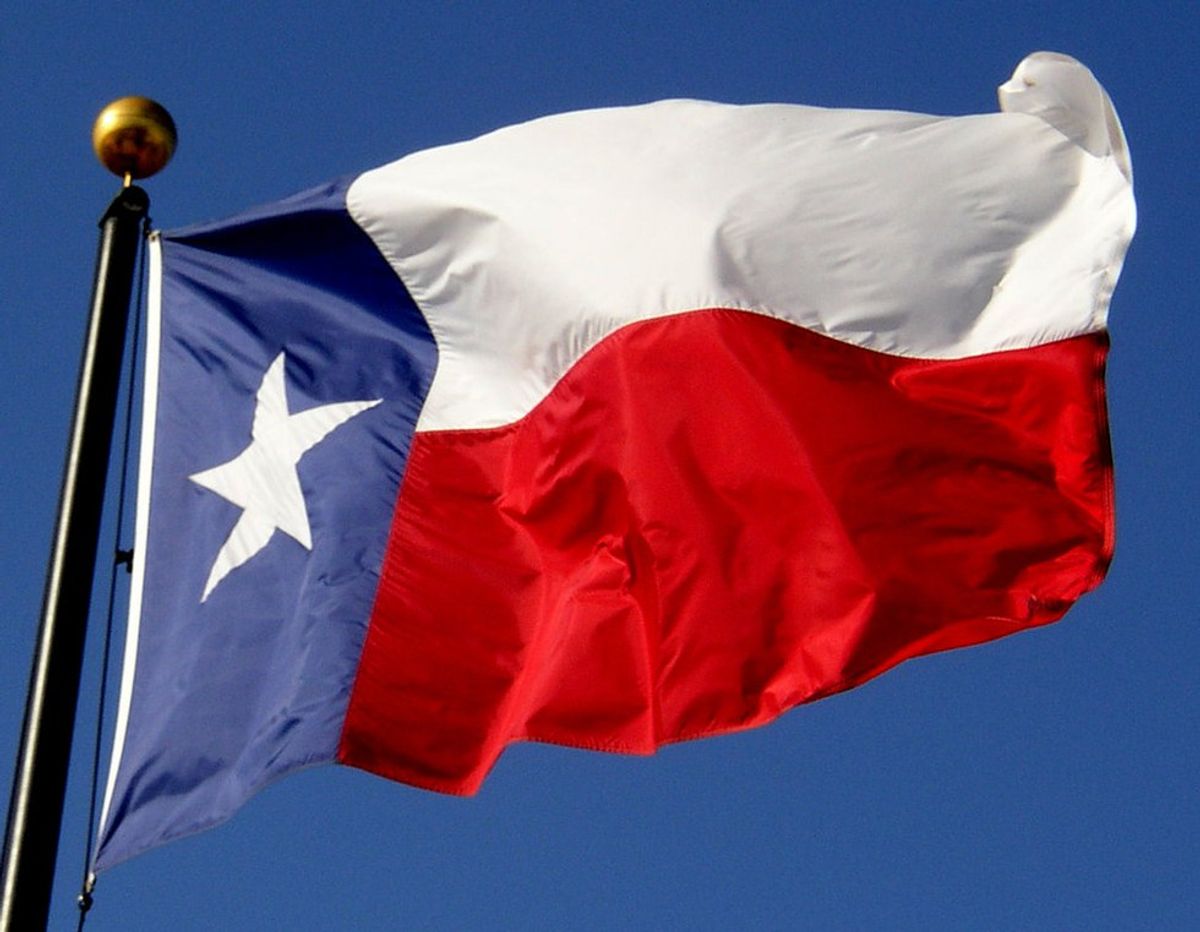 We have all heard about how Texas is the best or the worst state in the United States. Texans boast about Texas, and everyone else, well, they aren't fans, but I don't see why not! Sure, maybe I'm a tad bit biased being born-and-raised in Texas, but really, I don't ever plan on living anywhere else because nothing quite compares to this Lone Star State!

24 hours a day, 7 days a week of the best fast food joint in Texas. From burgers to patty melts to honey butter chicken biscuits, a late night, morning or anytime of the day snack is always available at your local Whataburger.

The king of all Country. The one who left all his ex's here, was off to Amarillo by morning, and made the world fall in love with country music. Bless you George Strait.

Okay, So we all know there are Texas Roadhouses all over the country, but hello, it's TEXAS Roadhouse. Named after our state. Ridiculously popular for their delicious cinnamon butter and irresistible rolls. Top it.

Whether it's a Texas High School Football game, or the popular TV show, Texas is pretty well known for both! There is absolutely nothing like the experience of a Friday night football game in a Texas high school stadium because nobody does football quite like Texas. Friday Night Lights (TV show) gives a pretty good glimpse on what it's like on a Friday night. Plus, it has some pretty great quotes about Texas too. (Win-Win)

Similar to Texas Roadhouse, Dairy Queen is also in other places around the US, but the slogan "That's what I like about Texas" isn't said for nothing. Texas DQs have the whole DQ package. Burgers, chicken, Blizzards, etc. However, in other states, DQ normally doesn't have everything. They either don't have the chicken or the Blizzard ice creams, or whatever, making it stand apart from the favored Texas stop.

23 flavors of deliciously goodness. So unique, you can't pick out one flavor. The drink, originating in Waco, is a mass favorite of Texans, and difficult to find anywhere else.

80 miles per hour?! Don't have to tell me twice! Having a rather heavy foot, I throughly enjoy these roads. Not only do they have the fastest speed limits in the US, but they also tend to have less traffic, and can get around mass populated areas much faster. Bless up.

Don't ever tell a Texan that any other ice cream is the best out there, because it's not. Blue Bell will forever beat out any other ice cream ever made. Sorry not sorry. You understand what I mean if you have tried this bucket of heaven. I mean really, it's so good, the entire state went into mourning when it was pulled from the shelves in Summer of 2015, and when it was finally given back, people were fighting each other to buy it off the shelves. So worth it.

9. The Celebrities Born and Raised Here

Selena Quintanilla-Perez and Matthew McConaughey are just two of the many magnificent people blessed to us from Texas. Others born in Texas include Kelly Clarkson, Patrick Swayze, Hillary Duff, Jensen Ackles, etc., the list can go on and on. Obviously we produce the best.

Another sweet, addictive drink yet again claimed by Texans. Sure, other state serve tea, but rarely is it sweet or iced, or even both! It's the favorite summer drink, and might as well be served in an i.v. to some.

Grocery store + gas station on steriods + mall food court = Buc-ees. If you've ever been in one, you will agree with me on this one. Buc-ees is known for their ridiculous amount of gas station pumps (it's a blessing though because you'll never find one that isn't open) and their giant stores. Inside most Buc-ees, you can buy merchandise, all sorts of food from- Bar-B-Q to Dip 'n Dots, and even most groceries. It's a beautiful thing.

Known for it's giant ferris wheel, Big Tex, and ridiculous amounts of fried food, the Texas State Fair does not go unnoticed. From hosting a famous rival college football game between the Texas Longhorns and the Oklahoma Sooners, serving anything from funnel cakes and fried twinkies to fried cookie dough, oreos and anything you can imagine, and having the most spectacular view of Dallas from the top of the ferris wheel, the Texas State Fair is a much loved attraction to Texans and those around during October.

God bless chips, queso, tacos and all things Tex-Mex. We were raised on it, and you can't go through a town without seeing at least one Tex-Mex restaurant. Since bordering Mexico, we tend to adapt some of their traditions as we go. Taking the delight of what is Mexican food, and altering it just a tad, we give you the favored taste of Tex-Mex, and we can't go a week without it.

The only good thing about driving South I-35. West, Texas is a small town that is bold on the map for their famous Czech Stop kolaches. From meats and cheese, to cream cheese to fruit, if you pass by this place without stopping, you have some serious will power my friend. A weakness to all Texans, that we aren't even sorry about.

Last but not least, Bar-B-Q. Brisket, sausage, ribs, smoked chicken and the sweet sauces that top it, no one does it quite like Texas. Nuff said.

So all in all,

Because it really is as great as we say! ;)