Disclaimer: if you've only seen the book-to-film adaptions of these, you're doing it wrong. 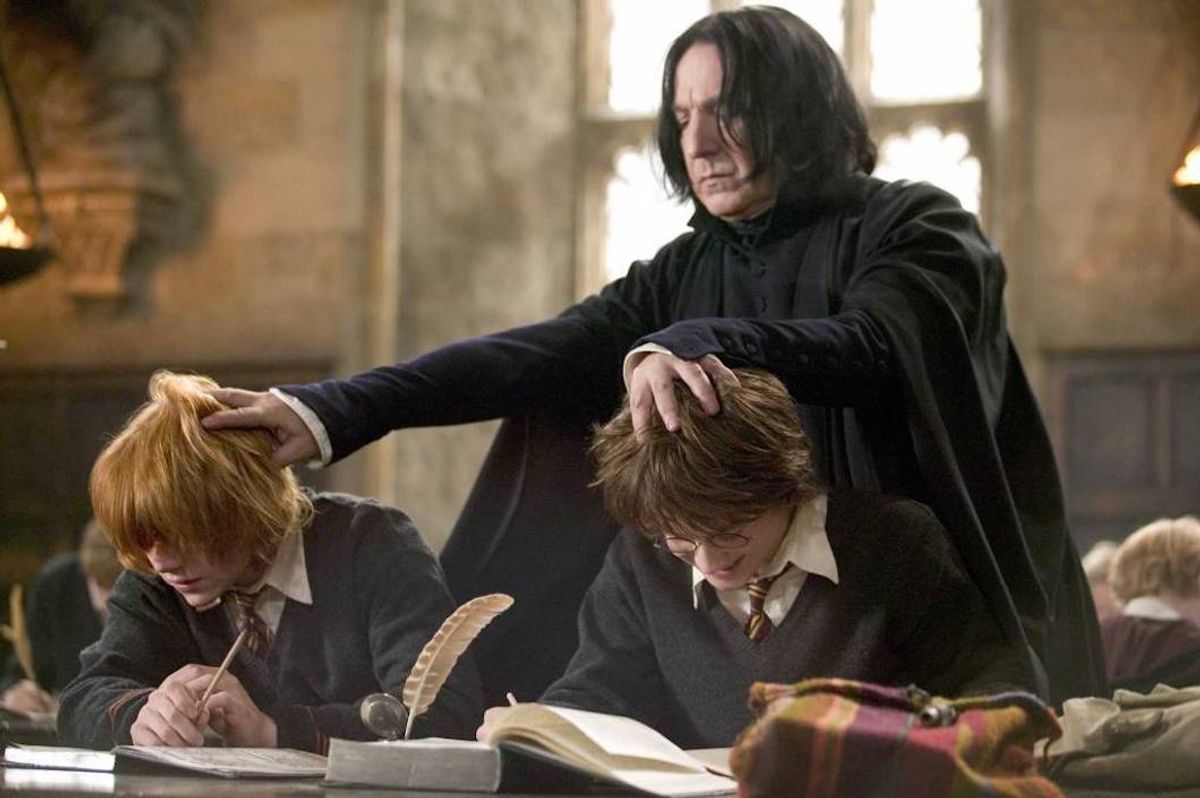 I love that moment when I'm lost in a book and one of the characters says or thinks something that speaks to me for whatever reason. Honestly, I think that those moments are one of the most qualia parts of literature that we get to experience; so when you feel that, and then you see it get lost amongst the rest of the dialogue for other readers, it's saddening.

So, without further rambling that you don't care to read, here is my short list of quotes you've been missing out on:

2. Harry Potter And The Order Of The Phoenix, J.K. Rowling

"...thoughts could leave deeper scars than almost anything else."

"For still there are so many things that I have never seen: in every wood in every spring there is a different green. I sit beside the fire and think of people long ago, and people who will see a world that I shall never know."

"When she fucked up, all those years ago, just a little girl terrified into paralysis, she collapsed into the enigma of herself. And that could have happened to me, but I saw where it led for her. So I still believe in the Great Perhaps, and I can believe in it in spite of having lost her. "

5. The Fault In Our Stars, John Green (again)

"You clench your teeth. You look up. You tell yourself that if they see you cry, it will hurt them, and you will be nothing but a Sadness in their lives, and you must not become a mere sadness, so you will not cry, and you say all of this to yourself while looking up at the ceiling, and then you swallow even though your throat does not want to close and you look at the person who loves you and smile. "

"Sometimes you don’t look very hard for things you don’t believe will or can
happen."

7. All The Bright Places, Jennifer Niven

"I've learned the hard way that the best thing to do is say nothing about what you're really thinking. If you say nothing, they'll assume you're thinking nothing, only what you let them see. "

"He says this is war. There is no shame in war. Tell him he's wrong. War doesn't negate decency. It demands it, even more than in times of peace. "

"Yes, it is easy to see that nearly six years of magical education have not been wasted on you, Potter. Ghosts are transparent. " (because the humor and sarcasm in these books are truly underrepresented)

"There are a lot of things we don't want to know about the people we love. "

"The goal of my life isn't just to be happy. 'Wouldn't it be easier if it was, though?'”

"It’s quiet now. So quiet that you can almost hear other people’s dreams. "

"That was his silent fear then—of losing another person he loved. I remembered how close he and Dad had been, and I wondered how I could ever have thought him hard and unfeeling. I listened to his heart pounding through his T-shirt and knew everything was going to be okay now. I had taken the long way around, but I was finally home."

14. To Kill A Mockingbird, Harper Lee

15. The Perks Of Being A Wallflower, Stephen Chbosky

"I hope the people who wrote those songs are happy. I hope they feel it's enough. I really do because they've made me happy. And I'm only one person."

There are plenty more I could have mentioned, and many others I'm sure I've overlooked myself. So, if you have any treasured quotes from your favorite books that you think people should hear, let me know!