15 Interesting Facts You May Not Know About Mother Teresa
Odyssey

15 Interesting Facts You May Not Know About Mother Teresa

By blood she was Albanian. By citizenship, an Indian. By faith, she was a Catholic nun. As to her calling, she belonged to the world. As to her heart, she belonged entirely to the Heart of Jesus. 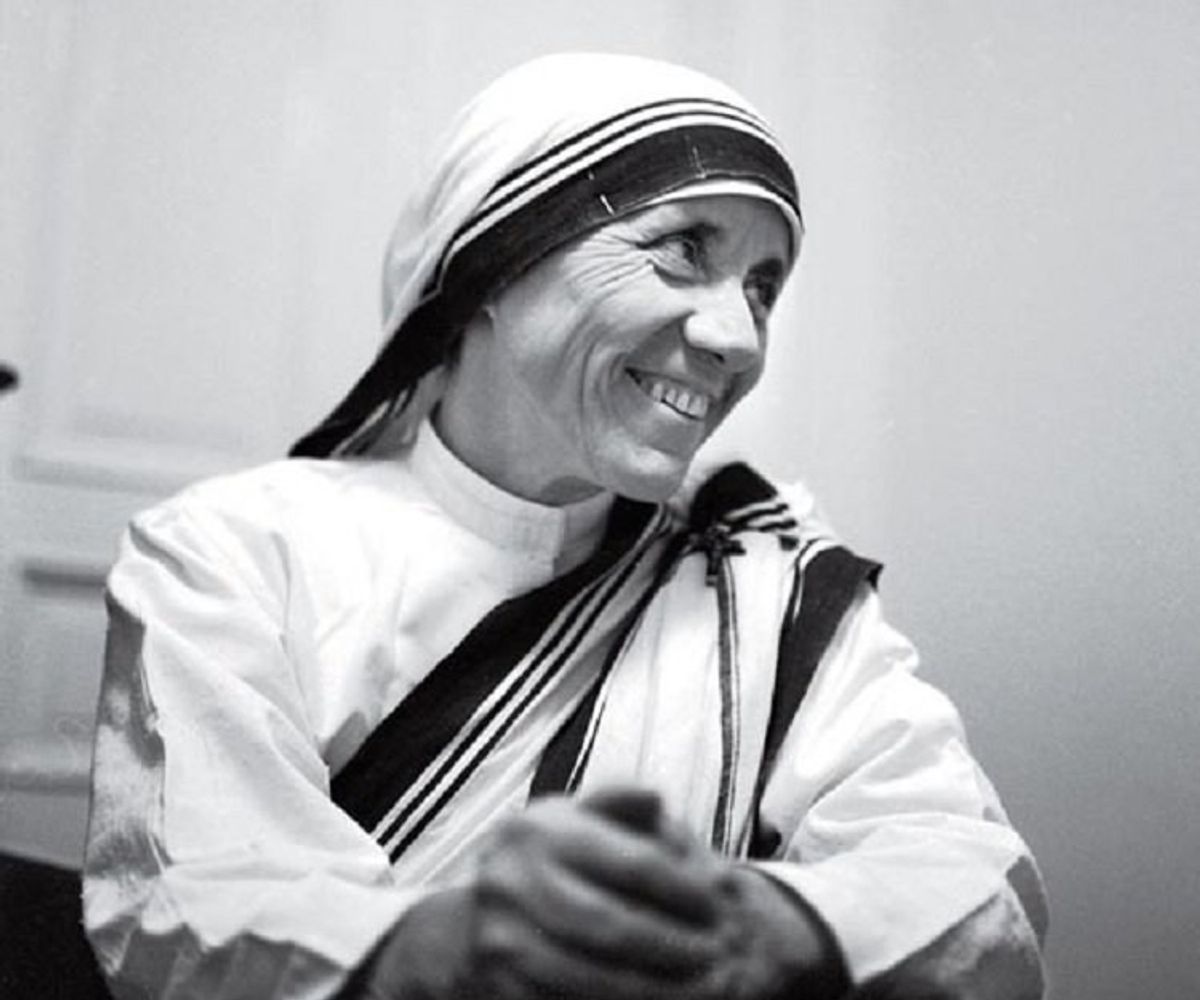 Many people know or have at least heard of Mother Teresa, the little nun who wore a white and blue striped sari and served the poorest of poor. Its really no secret that she was one of the most influential social justice proponents and humanitarians of the twentieth century. Though she passed away in 1997, the impact she had on the world remains to this day. Now, as of September 4, 2016, Mother Teresa will be officially known as a Saint. In honor of her Sainthood, here is a list of interesting and inspiring facts about this beautiful woman.

Interestingly enough, she took her name "Teresa" after St. Therese of Lisieux who was also called the little flower.

2. Before the age of 18 she had no intention of becoming a nun, but she was extremely fascinated with mission work.

Little did she know that God's brilliant plan for her life.

3. In 1928, at the age of 18, Mother Teresa joined the Sisters of Loreto and moved to Dublin, Ireland so that she might learn English.

After her departure, she would never see her mother or sister again.

4. She was the principal of St. Mary's School for girls and was well loved by all of her students.

This period in her life was filled with great happiness.

5. In September of 1946 on a train ride to Darjeeling, Mother Teresa received what she described as “a call within a call.”

She heard the voice of God saying, “Come be my light. "I cannot go alone - they don't know me, so they don't want me. Go amongst them, carry me with you into them...".” Hearing the call to be a missionary, she left the comfort and security of the convent to serve the poorest of the poor in the slums of India.

6. Mother Teresa traded her old habit for the ordinary dress of an Indian woman.

The white sari with blue stripes has remains famous for distinguishing and helping to identify the Missionaries of Charity. Its white color represents purity while the three blue stripes signify the vows that the nuns must take: poverty, chastity, obedience and wholehearted service to the poor.

7. Without the proper equipment, Mother Teresa had to make use of what they had so she would write in the dirt in order to teach the children.

It was her goal to make even the children of the slums literate.

8. Shortly after Mother Teresa began her mission, other woman followed her footsteps.

Many of the women were her old students from St. Mary’s School including Magdalena Polton, later known as Sr. Gertrude, who became the second nun to join the Missionaries of Charity.

9. She described herself as "a little pencil in the hand of a writing God who is sending a love letter to the world."

She certainly was God’s instrument through her witness of his mercy and love to the poor, hungry, sick, dying, and outcasts of society.

Among them were the Nobel Peace Prize and The Pope John XIII Peace prize.

11. Actually, she turned down the traditional Nobel honor banquet.

Instead she requested that the $192K funds be given to help the poor of India.

12. In her lifetime, she founded many orders and organizations.

In the words of William Shakespeare, “Though she is little, she be but fierce.”

14. Stories about her incredible life continue to be told and heard today.

For example, one story tells of Mother Teresa’s efforts to bring back some bread to the orphaned children of the streets. She went to a baker and, holding our her hand, asked for bread on behalf of the. The baker responded to her request by spitting into Mother Teresa’s hand. Rather than getting angry, she held our her other hand and humbly said, “I will keep that for me, but give me some bread for my children.” Moved by her gentleness and humility, the baker provided her with what she needed and became the main bread donor for the orphanage.

This miracle involved the healing of a man named Marcilio Andrino who was inflicted with a viral infection. After he fell into a coma his family and friends prayed fervently, asking for the intercession of Mother Teresa. On the day the man was brought into the operating room for an emergency surgery he awoke with no symptoms. He had been completely cured of his disease.

Caitlin Marie Grimes
University of South Florida
9191
Beyond The States