Counting down some of the best Disney Princess songs to hit the screen and stage. 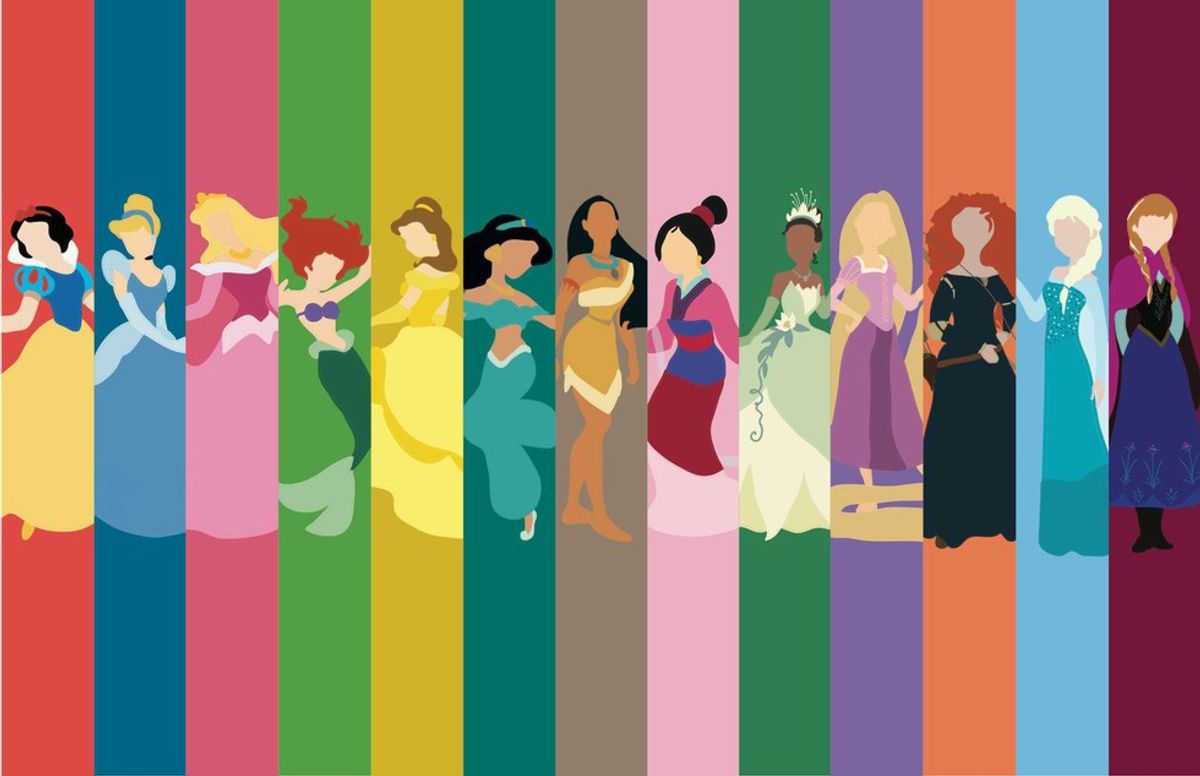 With Disney's Moana coming out on November 23, it's that time of the year to start re-watching Disney movies and listening to soundtracks. Here's my 15 favorite songs sung by Disney Princesses in the movies and on Broadway.

I struggled with a Snow White song. Obviously, "Someday My Prince Will Come" is more iconic, but the message isn't exactly inspiring. This song has at least one great line: "Remember you're the one who can fill the world with sunshine."

14. Just Around the Riverbend

This sets up Pocahontas's desire to find her path. Should she go the easy way and marry Kocoum or strive for something more. It also reveals Pocohontas's playful and adventurous side, something I keep forgetting she has.

13. God Help the Outcasts- The Hunchback of Notre Dame

While not the first song you think of when thinking "Disney Princess," "God Help the Outcasts" is moving in a way none of the others on this list are. In this time of racial and religious turmoil, we can learn something from Esmeralda by looking past our own problems and trying to help others with theirs.

12. To Be Free- Aladdin: A Musical Spectacular

In the original Aladdin film, Jasmine has no song of her own. "A Whole New World" is arguably the greatest Disney love song, but shouldn't this independent princess have a song of her own? The 2014 Broadway musical gave her "These Palace Walls" and there was the deleted "Call Me a Princess," but its the song created for Disney's California Adventure that gives Jasmine her moment to shine.

11. For the First Time in Forever- Frozen

This song perfectly sets up the struggle of the movie and the characters. Anna is naive, fun-loving, and desperate for an adventure. Elsa is insecure, introverted, and struggling to hide her inner self.

9. A Dream is a Wish Your Heart Makes- Cinderella

Cinderella is far from my favorite princess, but this song has a good message, one that the Disney Formula has been built on. "If you keep on believing, the dream that you wish will come true."

8. When Will My Life Begin?- Tangled

Rapunzel is a little odd. And so is this song showing her bevy of talents that come form a life of seclusion. She's great at everything and at the start of the day, her enthusiasm is palpable. But as the day goes on, her boredom grows, making Rapunzel a more tragic character, one who is desperate for a life outside her room.

7. Belle (Reprise)- Beauty and the Beast

"I want adventure in the great wide somewhere." Belle was one of the first princesses to want more than love and marriage. She wanted to take an adventure, discover new things, and find someone to understand her. And her The Sound of Music moment of the hilltop is pure movie magic.

6. Colors of the Wind- Pocahontas

5. Almost There- The Princess and the Frog

An upbeat celebration of the power of women, "Almost There" is a song that reminds girls that they can do anything a man can do. Tiana doesn't want to settle down and marry, she has greater aspirations then that. All that matters is her dream and what she's willing to do to get it.

4. A Change in Me- Beauty and the Beast on Broadway

Added when Toni Braxton joined the show, this is a much needed look into the growth Belle went through during her stay with the Beast. Not once does she attribute these changes to love, but rather a result of finally getting the adventure she longed for in "Belle (Reprise)."

Frozen brought back Disney in a big way. Part of the reason was this song, exquisitely sung by the wickedly talented, Idina Menzel. This song is so empowering, it makes a quiet girl like me want to break out of her shell and sing along.

For a character as strong as Mulan, it is refreshing to see her at her most vulnerable. The feeling of not knowing who you are is something every girl feels when she is growing up. Looking in the mirror and not recognizing the face looking back at you is scary, but it also gives you the opportunity to truly find who you are inside.

1. Part of Your World- The Little Mermaid

This song still makes me emotional. Ariel was the first character I ever connected to. Who can't relate to the feeling of wanting to be more than you are? You can argue that Ariel is a petulant teenager rebelling against her father, but if this song doesn't make you want to be more than yourself, you need to listen again.