15 Times It Was Worth Your Time To Read The Book First
Odyssey
CurrentlySwoonLifestyleHealth & WellnessStudent LifeContent InspirationEntertainmentPolitics and ActivismSportsAdulting
About usAdvertiseTermsPrivacyDMCAContact us
® 2023 ODYSSEY
Welcome back
Sign in to comment to your favorite stories, participate in your community and interact with your friends
or
LOG IN WITH FACEBOOK
No account? Create one
Start writing a post
Entertainment

It makes me crazy when people don't read the books first. 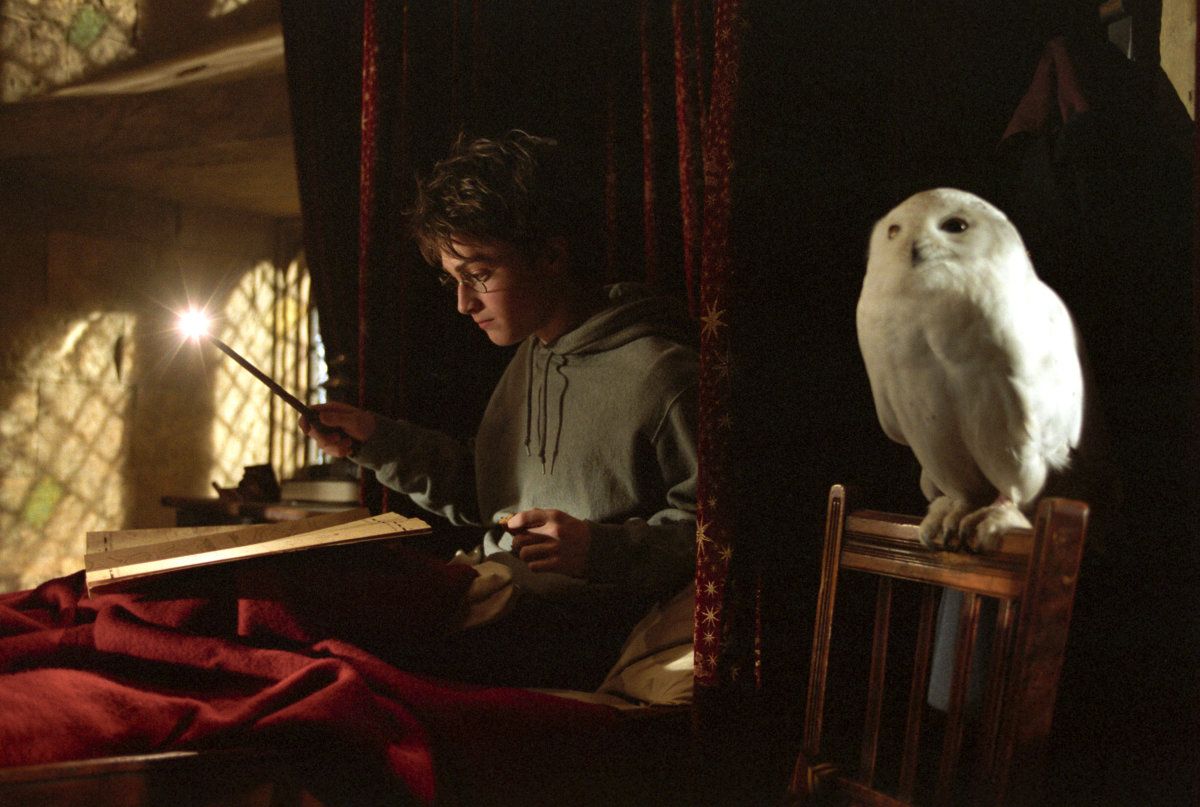 I love reading a book before I watch its corresponding motion picture. I do, however, hate going to see a movie with people who haven't read the book. It just makes me so sad, like they have no idea what they're missing out on, and they aren't going to know if the book is being done justice or not. And when you tell them to read it they're all "nah, I already saw the movie, I know what happens" and it makes me crazy, so here are 15 books that exceeded the quality of their movies by far.

Obviously, this one was going to be first. I spent 4-5 years of my life savoring the journey of Harry and his friends in print. It would have been less time, but my parents made me wait in between books (ugh). But I've had the conversation so many times where someone brings up the series and they're like "OMG I LOVE HARRY POTTER" and naturally I inquire about which book was their favorite and they back up like "oh I haven't read the books, I just watch the movies". Sorry, what. Do you even know what happened? It's fine, I'm fine.

I loved this book, and the movie was really a letdown. They left out so much and added in so many details where they could have saved themselves some time and just included details from the ACTUAL BOOK. If you watched it without reading, you would probably think that the book is terrible. It isn't. Read it.

3. To Kill a Mockingbird

I want to say that this is not a bad movie by any means, but it's just such a classic, extraordinary book that no one should watch the movie without reading and understanding. Harper Lee was a word artist.

4. The Fault in Our Stars

This book broke me, along with so many others, into a million tiny pieces. 15 year old me loved it so much, I reread it multiple times and bribed my mom, dad, and best friend into reading it. I think that John Green books hold many minor details that, while small, is important to both the author and the story, and the movie left out many of these, so if you did not read the book, you're missing out on some of John Green's best work.

Just like the Fault in our Stars, the Paper Towns movie was missing many details from the book that really amped up its quality. Still a pretty good movie though, I mean, anything John Green works on is bound to be spectacular.

Obviously, the five-hour version of this movie is not missing many details. Even 8th grade me thought it was pretty good, after reading the book. You aren't going to enjoy a five-hour movie unless you took the time to read the book, and know what you have to look forward to!

You may not have even known this was a book. I know Liam Hemsworth's attractive qualities are overpowering, but the Nicholas Sparks novel is a pretty easy read, and I think it is very worth picking up. Nicholas Sparks audiotapes are really good for long road trips!

I read these books in middle school and stayed up late at night reading them. I'm not easily scared or even thrilled really, so the movies don't really get me, but the books definitely did. I was sucked in. They hold some striking events that couldn't be included in any two-hour films but should definitely be included in your perception of the story. Of course, the movies are still pretty good, and they also feature many scenes with Liam Hemsworth that you won't be sad about.

Not a great book...or movie...neither were exactly intellectually stimulating, but the books were a little bit less dull and cheesy than the movies were, believe it or not. I'd read it on an airplane..or a bus..or if someone was holding a gun to my head.

10. The Lion, The Witch, and The Wardrobe

No movie could ever capture the brilliant literary tools utilized by C.S. Lewis. It's a good movie, but the Chronicles of Narnia are a necessary read, as is anything else he writes. The Narnia series is a useful tool for introducing your child to simple theology or even concepts of faith, provoking thoughtful questions.

I listened to these audiobooks, and read them from 2nd-6th grade in almost all of my free time. I loved them. There are only two movies but there are many books that are age appropriate and easy! Who wouldn't want to read about Genovian happenings?

Yes, it's a book. Not a bad book, at that. In my opinion, it tells the story far better than the Netflix original which was blown way out of proportion by parents and teenagers alike. Its second season will probably stray further from the book's story line, so at least give it a try.

Whether you watch the book or the movie, it's going to be heart wrenching either way. I read the book in high school and was disappointed about some missing puzzle pieces. If you don't want to cry for a week then I wouldn't read it or watch it, but if you're going to watch it, I would definitely read it too, ya feel?

14. A Series of Unfortunate Events

The movie and the Netflix series kind of let me down on this one to be honest. I feel like these books were really good and could have gotten a series of movies and been a lot more detailed and effective, because everyone read these when I was growing up. The movie and the Netflix show are okay if you've never read them, but the books were so much fun.

Another Nicholas Sparks favorite, and an easy read OR listen! The movie is mostly just romance and love (ew), but the book features much more character development and a story, so go for it unless you're only into the ooey gooey nastiness.