Identical, fraternal, virtual, and half—here's the inside scoop on these doubles! 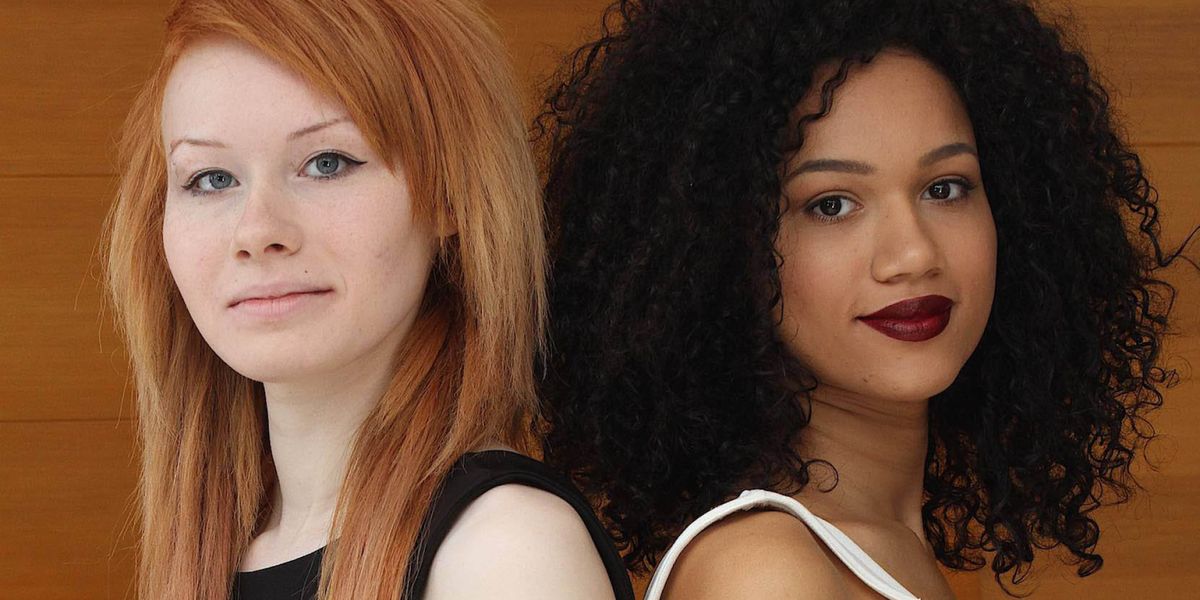 Twins are not just fascinating spectacles to observe on the outside; they share genetic traits that have caught the scientific community by storm, and rightfully so. Unlike normal siblings, identical twins (that is, twins who developed from the same egg) share 99.9% of their DNA, while fraternal twins share 50%.

Because of this interesting genetic phenomenon, twins have been an important focal point for numerous studies that have attempted to determine which specific traits are genetic and which come from the environment—a true test of nature vs. nurture.

Here are some interesting facts about twins!

Studies published in 2011 in the journal Proceedings of the Royal Society B explain how having twins is linked with a longer lifespan. In the study, scientists discovered that mothers who naturally conceived twins (this excludes in vitro fertilization) are biologically stronger and have a higher chance of living longer than the average woman.

We get it. It's hard to tell identical twins apart. Even close friends and family, including the children's own parents, can mix up the names! However, studies conducted in the Czech Republic show that dogs are able to tell the difference between identical twins. Using swab samples from each twin, all 10 dogs in the study were able to pinpoint the correct twin. Good boy!

The central African country of Benin has the highest rate of twinning, with an amazing 27.9 sets of twins born every 1,000 births. Dubbed the 'Land of Twins,' Benin blows the 13.1 per 1,000 global average out of the water! Although the girth of twins in Benin is largely a mystery, some scientists suggest that the hefty consumption of the cassava, a yam-like vegetable, may have something to do with it.

Though some claim that being homosexual is a choice or can be "fixed," evidence is mounting to suggests that sexual orientation is at least partially caused by genetics and other biological factors. A 2001 review of twins has found that identical twins are significantly more likely to share their twin's sexual orientation than fraternal twins (who are far less genetically close).

The term 'virtual twin' is used to describe adoptive siblings born less than 9 months apart from each other. Though these children share no DNA, they are still sometimes referred to as twins since they are close in age and are raised together.

Though the relationship between Annie and Hallie in the film The Parent Trap seems far-fetched, it is not uncommon to have twins separated at birth. There is a special place for these twins in the science community since they offer important insight into what traits are truly genetic. Although one might think the environment has a grander influence on a person's personality, studies of these types of twins suggest otherwise.

Researchers at the University of Minnesota conducted one of the largest twin studies in history, starting in 1979 and lasting 20 years. The Jim twins are some of the most famous twins to come out of the study. Separated at 4 weeks old and reunited at age 39, the twins found that they were more than just similar. Along with several identical micro-expressions, reactions, style, and jests, they shared the same rare tension headaches, drove the same car, bought the same cigarettes, were both prone to nail biting, and even went to the same beach on vacation, all independently of each other.

Another set of twins, Sharon and Debbie, spent the first 45 years of their life apart, but they also shared many personality traits. In an interview with NBC News, they disclosed that aside from sharing a virtually identical personality, both being cheerful women who laughed at the same things and knew what the other was thinking, they also were interested in the same field of study, had the same style, made the same funny faces as children (as seen in their photos), and finished each other's sentences. Both women even wore the same shirt to their interview, even though they had bought them separately and had no idea the other owned it!

In the interview, Debbie stated, "You grow up and you think that you are this unique person or you've had these life experiences that made you who you are, and then along comes the same thing!" In another 50 year twin study, scientists have concluded that genetics are equally as influential on a person as environmental factors.

Just as fraternal twins can have different eye colors and hair colors, twins can also have different skin colors. Lucy and Maria Alymer are not often taken as sisters, let alone twins, since Lucy is fair-skinned and Maria is dark-skinned. Though rare, having twins with such different phenotypical features is possible when both parents, who must be of two different ethnicities, have strong genetic codes.

Despite common misconception, identical twins do not have identical fingerprints. Fingerprints are not solely determined by DNA and can be altered by even the slightest difference in the length of the umbilical cord.

Though Benin has the most twins in the world, Massachusetts has the highest twin birth rate in the United States, 4.5 for every 100 births. Some believe this is because many women outside of the affluent town of Boston pursue careers that force them to have children later in life, which can increase the possibly of conceiving twins.

Some identical twins develop facing toward each other. Those twins have reverse asymmetrical features, meaning that although they are identical in their genes, they are not in appearance. Instead, they are mirror images of one another.

Though many twins have cited the feeling of "twin telepathy," like knowing what the other is thinking or feeling, even going so far as physically feeling the pain of the other twin, this has not been directly proven by science. What has been proven is that 40% of twins create their own language as babies and communicate with each other in it. This language disappears after the child learns true language. Although this twin language disappears, studies also suggest that twins can hold onto a residual part of that language and continue to have a unique linguistic way of communicating known as "idioglossia."

Got twins? According to studies by the Journal of Reproductive Medicine, milk and other dairy products increase your chances of having twins, while a vegan diet decreases those chances.

Did you know there are dozens of twin-themed world records? The record for most time a set of twins have spent apart from birth is 77 years and 289 days. For most twins in a school class, one Illinois class took the prize with an astonishing 24! For most sets of twins to one mother, the record is set at 16. There is even a 3-way tie for the most generations of twins in a single family: 4.

Dedicated to the best twin bro a girl could have!