13 Reasons Why Space is the Coolest
Odyssey

13 Reasons Why Space is the Coolest 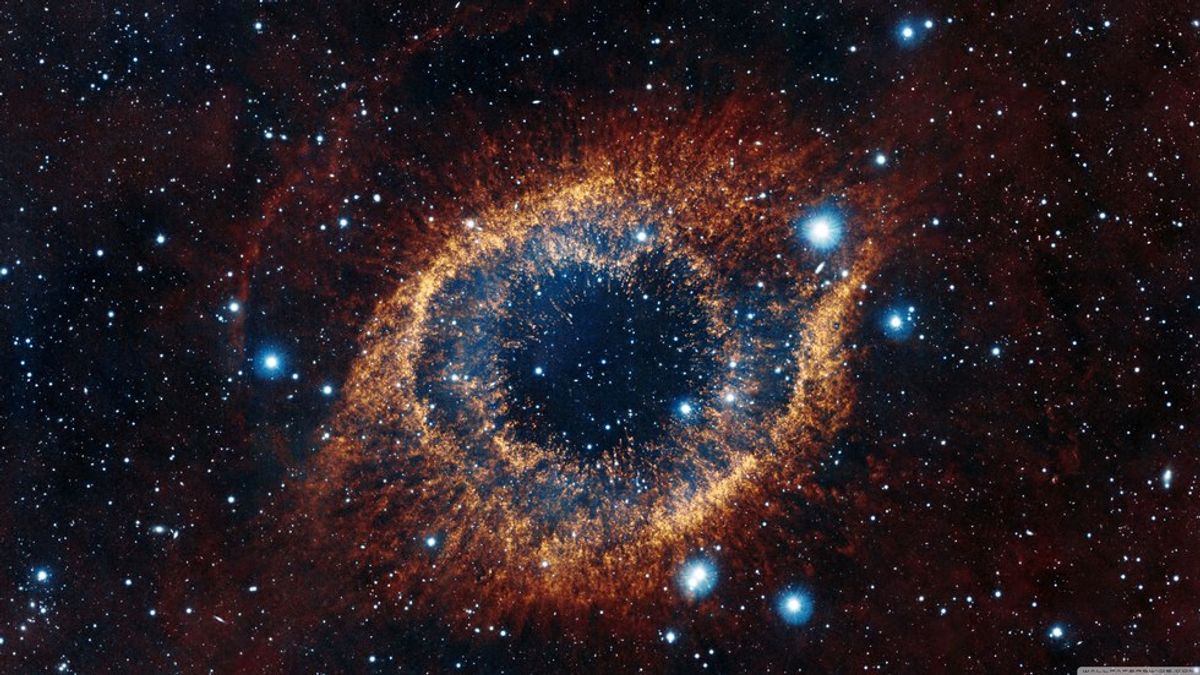 When you look up, what do you see? Do you see the obsidian sky? What about the bright stars? Or the never-ending void that is our universe? Do you look up and see nothing about possibilities? I know I spend a lot of time looking up at what is always above our heads. My favorite thing to do during the summer is to lay out on my porch and look at the stars. I love gazing up at the heavens so much that I want to study them someday. Here're 13 reasons why space rocks.

I don't just mean that the Earth is spinning and orbiting around the sun (which we are doing), but we're also part of one of the arms of the Milky Way galaxy. Our galaxy is spinning at a very rapid rate, and on top of that, the Milky Way is moving even faster through space. It all gets very elaborate fairly quickly but you get the idea.

2.) How big is the universe? The world may never know.

Because the universe is constantly expanding, there's really no way for us to know just how big the space around us is. There's also that little thing called the speed of light. Which means as old as our universe is, the light from the very edge of our universe hasn't reached us yet. The stars that we see in our sky are the stars whose light has taken billions and billions of years to reach us. The universe is vastly bigger than anything we can observe, and to me, that is truly amazing.

What are the odds that as big as the universe is, there aren't other planets out there like ours? Where we exist in the galaxy is absolutely perfect. If we had been a little to the or a bit away from or too close to the sun, we wouldn't be here. With as large as space is, there's bound to be other worlds out there just like ours.

4.) Metal in space sticks together. Permanently.

It's called cold welding and is sometimes done here on Earth. When two pieces of metal touch in space, they bond together. And this isn't a bond that can be undone, it stays that way forever. Thankfully, the tools the astronaut uses have an oxide layer surrounding them so it's never an issue (thank goodness).

5.) Voyager 1 is the furthest manmade object from Earth.

The space probe was launched in 1977 and has since become the first spacecraft to enter interstellar space. The information it has gathered has been invaluable and given us insight into the space we live in. Oh, it also has a message for other life out there, which is pretty cool.

Einstein-Rosen Bridges are purely hypothetical, but how cool would they be? A way to travel through space-time by using the very space around you and warping it to hop over super far away? Sign me up. I hope these are proved in my lifetime so I can see the actual science behind it. Who knows, maybe that's what I'll research someday. I would love to find a bridge, much like the Bifrost.

There's no one on this planet who could look at pictures of space and not be at least slightly impressed. The galaxies, stars, suns, planets are so plentiful but so very different. Seriously. Google space and you will not be disappointed.

If you don't follow the Mars rover on twitter, then I don't know what you're doing with your life. I never thought I would get so excited to read what a piece of (adorable) machinery is doing. I mean, it tweeted about birthday. How amazing is

YES. Not only is the concept of people landing on Mars a possibility, it is going to happen. In our lifetime. Within the next decade at least. My parents remember watching the moon landing when the space race had only just begun; I cannot wait to watch humans set foot on Mars. Then maybe Star Fleet will actually be a thing.

10.) The sun is actually really small.

In comparison to other stars in the universe, the sun is actually small. To us, it's huge. I mean, 1.3 million Earths can fit in the sun. But it's pretty average. There are suns/stars out there that are so massive that other stars orbit it instead. Consider my mind blown.

Stars are formed very slowly, which makes sense because their lifespans are incredibly long. There are clusters of gasses and past remnants of stars that give birth to stars. New stars churn and become whole in these nurseries, and once they've finished growing and evolving, they just float out and go find a new home in space. ,we've learned, why not have a hatchery for stars?

12.) We'd be ignorant to think we're the only intelligent life out there.

I know I will get weird looks and probably judged for saying this, but I do believe there is other life out there in space. No, I don't think there are little green people living on Mars, but I think we'd be undeniably thick for thinking we are the only intelligent life in our universe. I mean look at how massive our realm of existence is; do you really mean to tell me that Earth is the only place where life can exist? Life will always find a way. It found a home here on the little green planet we call home, what's to say there isn't another Earth somewhere out there where beings thrive? I don't know if we'll find proof of life in my short span of life here on Earth, but I know we will someday. So why not embrace it now?

13.) Space will always be the final frontier.

The more we find out about space, the more questions it raises. That's what makes it the final frontier. Space travel is unlike any other form of travel and I hope one day we stop seeing it as a low priority and something kids learn about in elementary school then never discuss again. By learning about the universe around us, we can make guesses and learn more about our own planet and how we fit into things. We as a race used to think we were the center of the universe. Then (with much speculation) we figured out that we are most definitely not the center of the universe, the sun in. But that wasn't quite right either. We are the third planet from the sun, we have a small moon orbiting us (fun fact: it's moving away from us. Bye bye moon), and we exist in our little solar system. We reside on one of the outer arms of the Milky Way Galaxy. We belong to a local group of galaxies that are absolutely massive in size. We sit pretty in the Virgo Supercluster, which is a huge collection of compacted groups of galaxies. Then the last line of cosmic address is the observable universe (which I mentioned earlier).

It's humbling to think about how small we truly are in observance of the universe. It really puts things into perspective. But this is our planet. Our small, green planet with nations, different races of people, various genders, and different lives. Our world is ours and ours alone. We would be stupid to throw it away for profit. We get one shot at our planet, let's not waste it.

But on the bright side, I'm sure there are other planets out there we could hang out on if this one got too bad (but let's not let it get to that point).