She's not as innocent as you think. 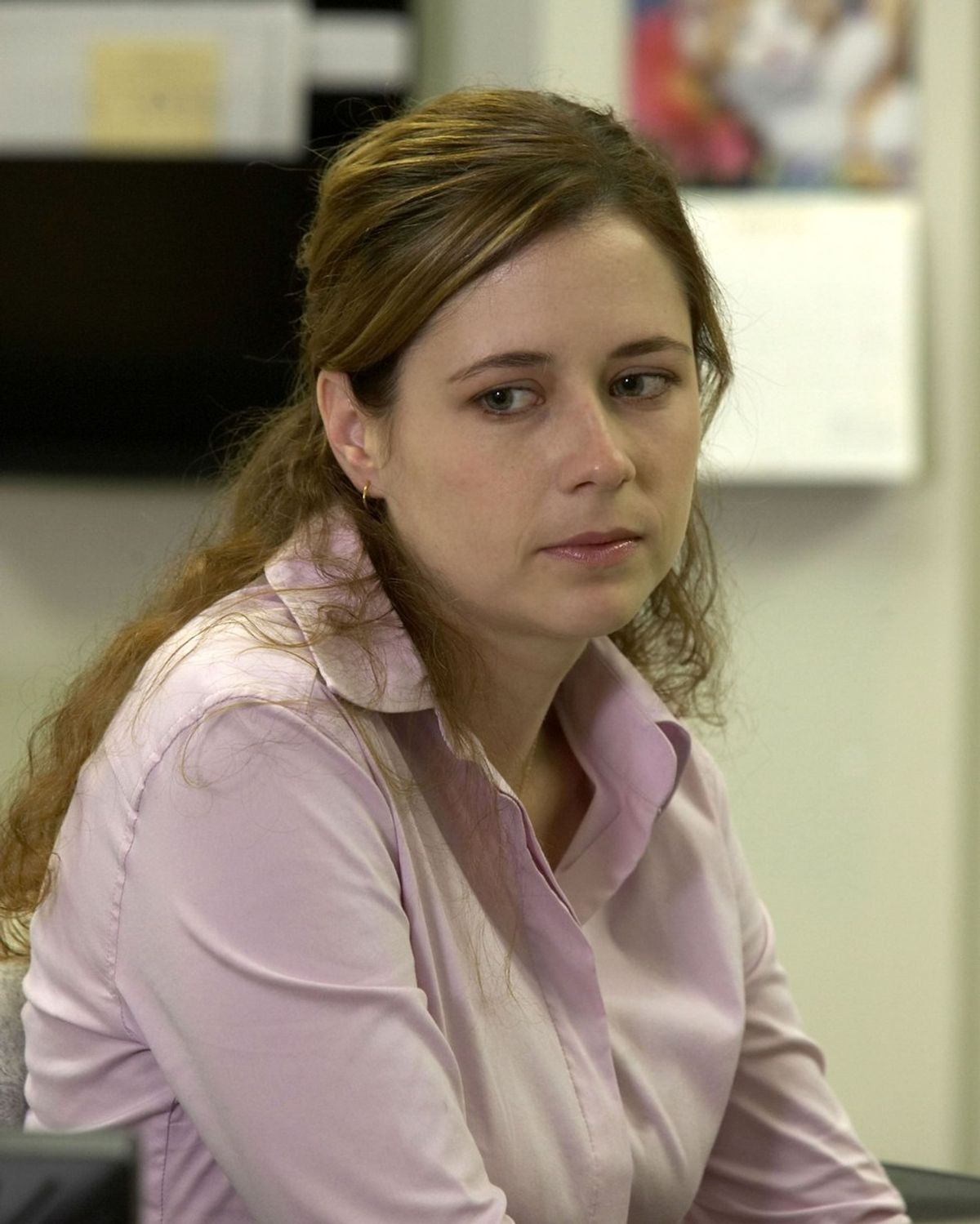 For those of you that haven't seen The Office, you've probably at least heard of it and for those that have seen it, you'll know exactly what I'm talking about. Everyone knows that Pam and Jim were the lovebirds of the hit series and it was easy to see why. The first time I binge watched the show on Netflix, Pam was easily one of my favorite characters. It was clear that Jim and Pam had a fairy tale romance and I was jealous. However, after I watched the show again (don't judge, we've all done it), I started to pick up on little things I didn't notice before. Pam comes off as quiet and innocent receptionist but I soon realized that Pam was actually the worst. Here's why.

1. She flirted with Jim the entire time she was engaged to Roy. Yeah okay, so they were best friends but it was clear that on more than one occasion that it was more than that and they both knew it. Bottom line: don't flirt with anyone that's not your fiance.

2. She asked Jim to let her pursue her dream in NYC for three months. I'm definitely not saying that that you shouldn't follow your dreams just because you're in a relationship. But he was happy to let her go because he knew she was doing what she loved. But please refer to number 3 to understand why this is sketchy.

3. She asked Jim not to pursue his dream of improving his company by traveling cross-country for three months. They had two kids at this point but the reasoning for his wanting to do this was to improve their family and their lives. She failed to consider that he had encouraged her to pursue her dream and all she was able to do was guilt trip him into staying.

4. She was against Michael dating her mom. I could understand her being slightly turned off by the idea but at the end of the day, she can't control who her mom dates. On top of that, she then slaps Michael when he breaks up with her mom. Make up your mind!

5. She wasn't honest with Roy about her relationship with Jim. She failed to mention that he had kissed her on Casino Night until a few seasons later and that alone tells you that she knew their relationship was more than just "friends." And yet, her mom knew. Then again, moms know everyone so...

6. When she does tell Roy about Jim her, she makes it seem like Jim is to blame. Really though, she participated in that kiss just as much Jim did. Don't play him like that. That of course leads Roy to almost knock Jim to the ground with his fist if it weren't for Dwight and his pepper spray. But that's another story.

7. She tells Jim the sex of the baby even though he didn't want to know. Flash forward to when they're together and married and pregnant. He clearly didn't want to ruin the surprise but she called the ahead, found out the sex, and then let it slip in conversion. Terrible.

8. She went off on Michael when he started his own paper business. It might not have been the smartest decision in the world on Michael's part, but then again it's Michael. And Pam chose to leave Dunder Mifflin to start this business with him. Her choice.

9. She was upset when one of her bridesmaids hooked up with Dwight the night before her wedding. Once again, her opinion doesn't matter. I can understand somewhat just because it's Dwight, but they're adults.

10. She put Jim through the ringer about her replacement. Remember when she she didn't believe him that he didn't find her replacement attractive. Yeah that time. She went crazy and tried to trick him into telling her the "truth." But why wouldn't she just leave it alone. And then she got Dwight involved. Never good.

12. She play the opposite of matchmaker. People are going to be with who they want to be with. But she tries to keep Ryan away from Kelly and Andy away from Angela. Just because you have nothing better to do doesn't mean you should insert yourself in other people's lives.

13. She lies about having lice and leads everyone to believe that Meredith is to blame. It's bad enough that she didn't speak up and tell the truth, she allowed Meredith to believe that she was at fault who then proceeded to shave her head to solve the problem. That might the worst one yet.

Pam will always be a classic character, but she's definitely not the innocent receptionist turned sales woman she comes off as.