13 Best Horror Movies To Watch On Friday The 13th

13 Best Horror Movies To Watch On Friday The 13th

Take advantage of this ominous-sounding date and indulge in all things horror. 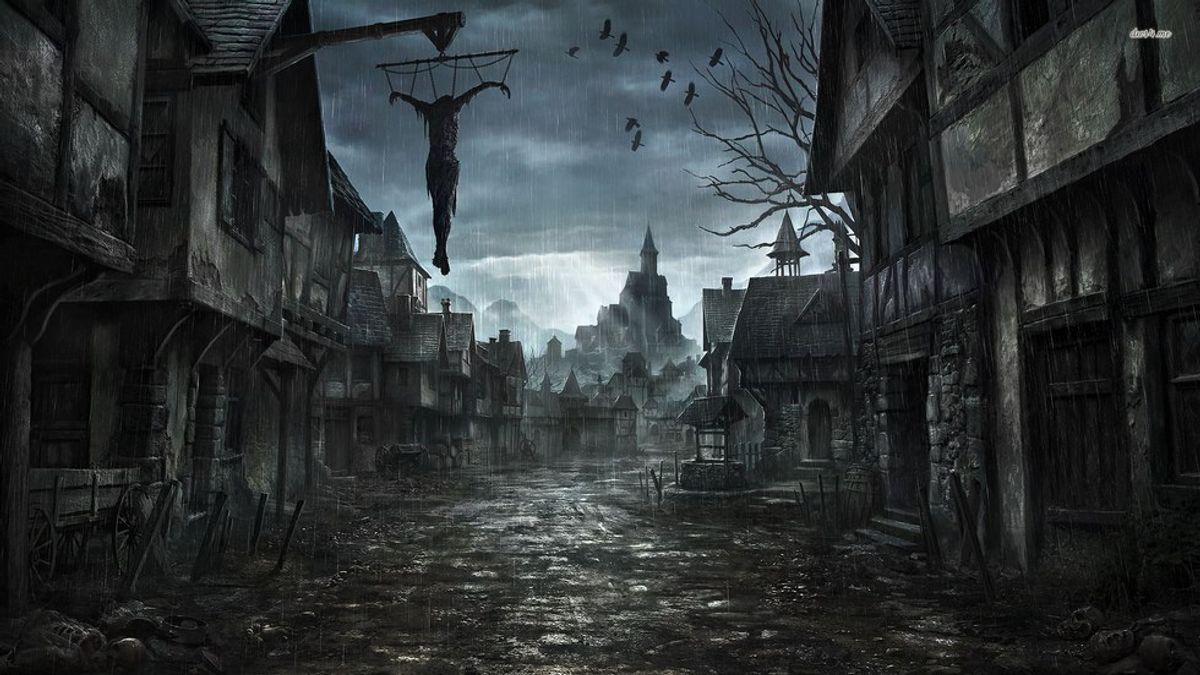 Have you always been intrigued by the allure of superstition, and enticed by the idea of spooky things happening on Friday the 13th? Have you ever wondered how you could take advantage of such an ominous-sounding date and indulge in all things horror - but not so far as calling upon spirits or throwing a party in a graveyard? If lower-key thrills are your thing, satisfy your horror-loving needs and watch one of these 13 chilling movies tonight!

And no, sorry, Friday the 13th is NOT one of them.

Fewer things are more terrifying than encountering Freddy Krueger - a scorned man destined to kill anyone and everyone - for revenge (and for fun). Arguably, he's the king of all horror villains. I mean, what's scarier than going to sleep to escape from your day just to realize there's no way to escape imminent death in your dreams? Bummer.

What could be worse than three ne'er-do-wells breaking into a blind man's house to rob him of his life's possessions? Maybe it's the fact that he's blind, or that he's all by himself and only has a dog to keep him company. Or maybe it's the secrets he has hiding in his basement.

A true-crime writer moves his family into a house where multiple brutal murders have taken place. He's there to write about the latest murdered family for his new book. As he writes, he finds old-time home videos in the attic with innocent-sounding titles, like "Pool Party '66" and "Family Hanging Out '11". Soon, he discovers that the titles are quite literal when strange things begin happening around the house.

Not long after a family moves into their new home, one of the older sons hits his head during a fall and becomes comatose. A few months after, apparitions can be seen walking through the house, one of whom lingers over the son's at-home hospital bed. Soon, a medium and two ghost-hunters come to see what all the fuss is about, and the family discovers their son's incredibly rare ability to travel outside of his physical being and encounter spirits in the "Further".

You know those chain letters we all shared back when MySpace was still a thing? Well, this is the real-life version of the after-effects of not sharing a chain letter: you watch a video. You get a phone call. You're warned that you will die in seven days. You die. Or do you?

You know how some days at work, especially if you work in a customer service heavy industry, you get blamed for EVERYTHING by one pissed off customer? Well, here's a tale about a loan officer who informs a seemingly sweet old woman that her home will be foreclosed on and the home loan cannot be extended any longer. Before leaving, the old woman publicly begs and pleads for the loan officer to extend the loan. She doesn't. So naturally, the old woman places a horrific curse on the loan officer, subjecting her to the depths of hell in three day's time.

Don't you just love when you get so immersed in a book that the entire time you're reading it, the story and its characters feel so...real? You might love it a bit less if you're being stalked by a demonic monster from a child's storybook. For one recently widowed mother, her son takes story time to a whole new level. He begins to believe that a monster from his picture book, The Babadook, is real. Could her son be envisioning this monster as a tangible representation of his grief at the loss of his father? Could he be playing a cruel trick on his grieving mother? Or could we entertain the possibility that the Babadook is indeed real?

From the minute we start learning the basics of sex ed and how to practice safe sex, we're always dissuaded from sleeping with random people. It Follows more than challenges the idea of safe sex in a wild, wild way. In order to get rid of "IT," the titular demon, the "infected" person must have sex with another person to deflect the demon's actions from killing the initially infected person - still following? Basically, "IT" can never be stopped - only deflected. So, the whole spiel Coach Carr gave in Mean Girls couldn't hit the nail on the head much better than this. Because if you have sex, you might not get pregnant, but you'll probably die.

Originally titled El Orfanato, this Spanish-to-English-subtitled film includes all of the best aspects of a good horror movie: a creepy orphanage, sickly children, an unsung past with an ominous history, a child with a so-called imaginary friend who wears a sack mask, a mystery disappearance...you know, the best things. Plus, you get a balance of real-life tragedy plus impossible, unrealistic supernatural occurrences. Chilling.

Oftentimes, horror movies that turn into series usually get less appealing as the number of films increases. But in the Final Destination series, third time is most definitely the charm. For those who are familiar with the FD series, you know that one person in the group has a premonition of foreboding danger, and inevitably, whatever they saw comes true in one way or another. In a similar vein to It Follows, death cannot be stopped, but it can be deflected. And as you can likely assume, deflecting death never ends well.

Short for "jigsaw," the name of the mastermind creator behind the game, Saw is one of the more psychological AND gore-filled films on this list. Not many movies can combine a good balance between messing with your mind, forcing you to take sides, and equally grossing you out with an abundance of blood, severed limbs, and the choice between the better of two outcomes - neither ending happily. Do you want to play a game?

Adapted from the Stephen King novel, Carrie epitomizes the horrors of high school in a multitude of ways. I mean, what really is more horrifying than being in high school all over again, having your first "time of the month" - (and everyone knowing it), dealing with a neurotic mother who says all things are done in sin, and being surrounded by the meanest of the mean girls every single day for four non-stop years? Not much. Well, maybe being doused in pig's blood. Maybe.

Initially, Lights Out's corny headline: "you were right to be afraid of the dark" was super off-putting, but if you're looking to truly question what lies in the darkness, search no more. Darkness is elusive, and menacing at that, so when a creepy figure's silhouette appears in the dead of night, you've got a right to be terrified. Especially when your mother's "friend" is the reason you're now afraid of the dark.

Madison Franz
The Narrative
1116388
Photo by Brooke Cagle on Unsplash

Madison Franz
The Narrative
653785
Photo by Manny Moreno on Unsplash