Whoever said that first dates are magical was wrong. 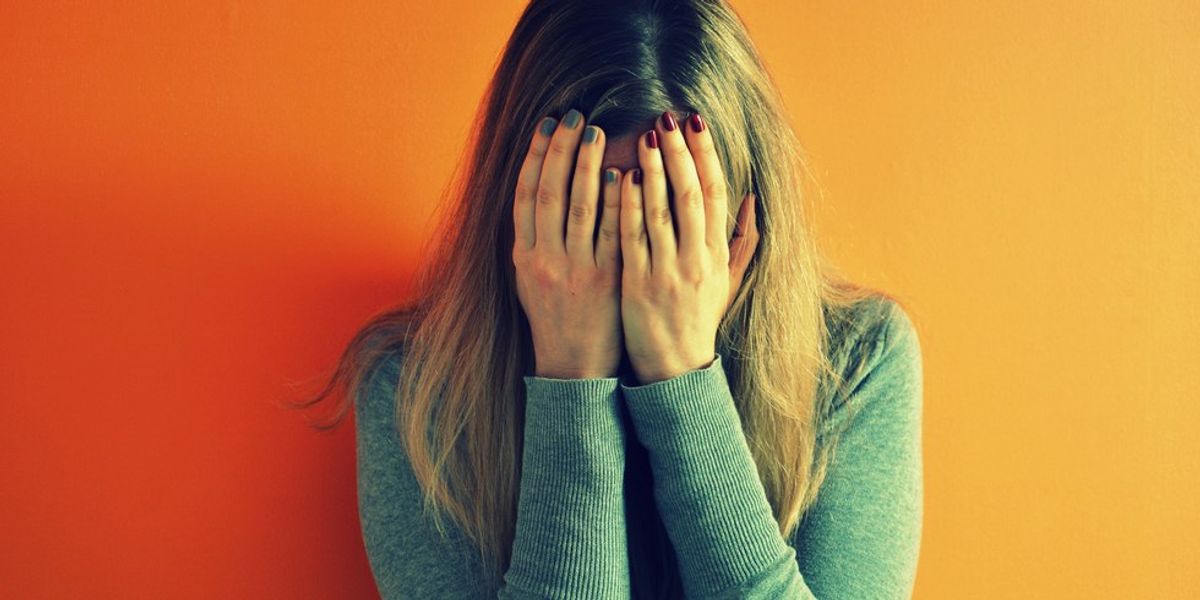 The dreaded first date, we’ve all had them. There's so much anticipation and excitement that can turn into the good, the bad, or the ugly. It could be the beginning of something great or a night of high expectations turned into a disaster. Here are some funny, but awkward first date stories that no one would want to live over again.

1. "I met a guy on tinder and we went to my favorite local bar for our first date. He was amazing, we talked for hours! On the way home he made weird remarks like how I "looked so sexy and professional like the girls from his neighborhood" and he repeatedly tried to kiss me but I swerved. He asks if he can come "see my apartment" and I said "your Uber can be here in 5 min if you call it now" and ran inside. He ended up sitting on the front porch bench for a while. Then my roommate yells out the window if he wants to see the apartment mocking him. He walked out to our yard and looked up, saw both of us in the window, and ran down the street. I still can't look at him in the eyes when I see him at the bars...which is basically every time I go out."

2. "We were sitting eating dinner and my dates friend walks up. They start talking for a while catching up with each other. After what feels like more than a few minutes (I'm feeling completely awkward) she turned and said " this is my friend.....Darren..?". Her face all confused you could tell she didn't remember my name at all."

3. "One time I was meeting a guy to go swimming at Barton Springs really late. The whole idea seemed romantic. Swimming late at night, with the stars, in the company of a very handsome guy. I get there and he's already in the pool with 10 other men. Lucky for me right? These guys had to be 60+ ages. Apparently speedos were the trend as well."

4. "One time I went out with a girl that I thought I had just met, but apparently we had met a bunch of times and I had even been to her house. She didn't realize for a while, and thought I was joking the whole time. Then she realized I wasn't, safe to say we didn't go out again"

5. "I was on a date with this guy that I really liked. We went and got pizza and went back to my apartment where we watched one of my favorite TV shows, I was showing him one of my favorite episodes. We were sitting together cuddling, and out of nowhere he starts kissing me... he was a terrible kisser! It was so sloppy, awkward and forceful; I hated it. I pushed him away from me and told him to stop kissing me because he was interrupting my favorite episode."

6. "Before I went out with this girl I took a caffeine pill and it made me sweat like crazy and I kept stuttering my words throughout the date. It was horrible. I thought I'd be able to think of stuff to say and carry on a conversation. But nope not at all."

7. "I was so nervous and excited to go on this date that I put on two different boots in the process of getting ready. I did this, so I could pick which one looked best. Apparently they both did. The whole night I felt like people were looking and me. Thinking, "wow this outfit is fire", but I was really wearing two different colored shoes."

8. "A few years back I went one a date with this girl who was 23 and I was 19 at the time but wanted to seem cooler so said I was 20 turning 21 soon. We got to the bar early enough so I could get in and she got us both drinks. I was freaking out the whole time. Then one of her friends did some snooping and found out I was only turing 20 and calls me out. My date gets angry that she got tricked into going out with basically a high schooler. We stopped talking but then a week later she starts dating one of my close friends and I saw her all the time for 6 months after that."

9. "One time I was set up by my friend to go out with her boyfriends best friend. We went to one of those Japanese restaurants where they cook right in front of you sitting with a group of people. I went to go to the bathroom and when I came back the guy asked for a booster seat for me to sit on! It was awkward for everyone and so mean of him. I ate my dinner at the bar and left, it was on the house. He even asked me on a second date, of course I said no!"

10. "I took a girl to play mini golf then afterwards we went to my house to watch a movie. We picked a terrible horror film. I was so nervous I sat on the opposite side of the couch in terror as I contemplated making the dreaded arm around shoulder move for an hour and a half. I realized I messed up and started walking around behind the couch pacing as we fumbled through awkward conversation, where we both knew what the delay was. I ended up leaning over the couch and kissing her upside down.. leaned over the couch while she was sitting there facing forward. It was horrible, no second date."

12. "I went on a date with a guy who was a lot older than me so I wasn't quite sure how to handle the situation towards the end. So I just put out my hand and gave him a high five... Maybe that kind of thing isn't so bad? After all he asked me on another date!"

13. "I met this guy at a local Mexican restaurant where we had dinner and a marg. Normally I would be fine but for some reason when we got to the baseball game I felt so nauseas (maybe it was the Chinese I had for lunch? Mexican, Chinese and Tequila.. not a good combo for future reference). I knew what was about to happen and I ran behind a bus in the parking lot and threw up. I turned around super embarrassed; he was right there. He even offered for me to wipe my mouth on his shirt, which I denied immediately. Luckily I puked and rallied and had a great rest of the date!"