12 Reasons Why Everyone Should Join Band

12 Reasons Why Everyone Should Join Band

Everyone should learn to play music 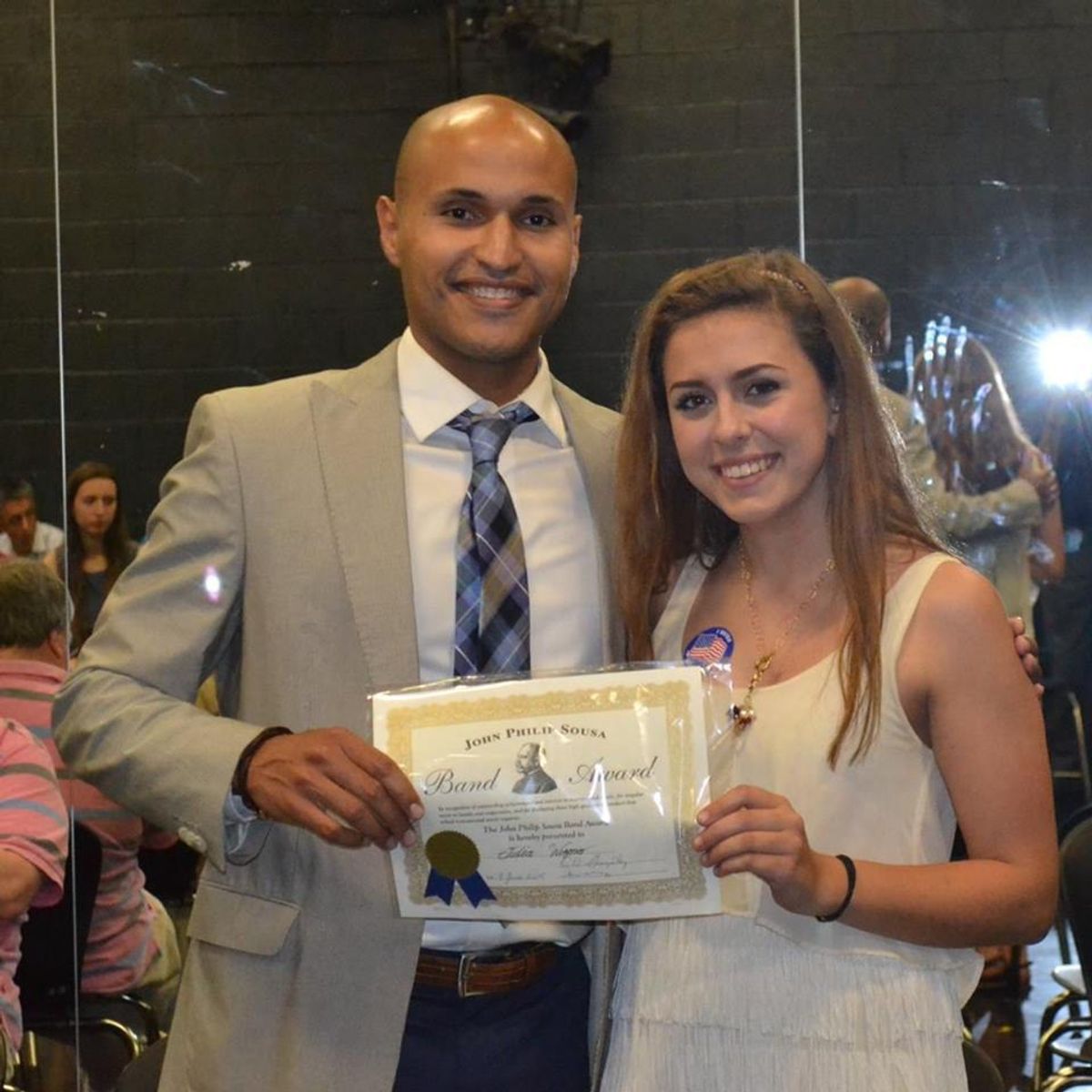 While everyone was finding their talent in soccer or basketball growing up, I was glued to my clarinet. I've been playing for seven years now. Band is something that a lot of people try in middle school and then drop in high school because of a plethora of reasons. Even though there were times when I felt like giving up, I'm so happy that I never did.

1. It teaches you commitment and responsibility.

Think about this: When I first started playing my instrument, I was only twelve years old. Think about how immature you probably were as a sixth grader. You probably didn't know much about loyalty, responsibility, or commitment. But from the moment I joined band and rented out that instrument, I had responsibility. Now, I'm not saying that I never almost lost that instrument. I definitely had a couple of times where I left it in my Spanish class or the library. But regardless, from the minute I started playing my clarinet I began to mature.

Playing an instrument can be very therapeutic. For me, playing an instrument has always been an outlet for emotion. For whatever you're feeling, there are hundreds of thousands of composers who have felt the same way at least a dozen times over. There are love ballads, songs about anxiety or depression, and break-up songs. Though they're not all in the same language as a poem would be, those who play music will always understand the emotion that comes which each piece.

3. You don't have to have natural talent to play.

Let's take me, for example. I've never had natural talent in anything. I started out later than everybody else. Most started playing their instruments in the 4th or 5th grade. I didn't start playing in band until the 6th. But, being 13th chair most definitely did not discourage me. I worked my way up, got private lessons, and eventually became 2nd chair. I started out completely confused. I didn't even know what a key signature was. I failed, and multiple times. But the difference between me and a quitter was that I had the love and passion for music. Because of that passion, I never gave up. Though I have to work much harder to be as good as the best, I have learned so much in the process.

4. You become a part of a community.

Once you play an instrument, you meet at least one person everywhere you go that has also played at one point. You can relate to them instantly. Music has cured so much of my social anxiety because musical people are some of the nicest people you will ever meet. They don't care about what you look like or where you came from. Musical people just care about one thing and one thing only: the music.

5. It's the same in every language.

You can travel to somewhere distant and foreign, but you're always going to be able to understand music. There are so many collections of music that all music lovers are lucky to read because we all speak the same language. Imagine if each musical piece were written in the language of the country it came from. We would miss out on so many beautiful pieces! We're so lucky that it's all in one, universal language!

6. It can build your confidence.

For those like me who were never all that talented at sports, music was the perfect thing for me. It was my area of expertise, my only way to shine. This, as you can imagine, gave me great confidence growing up. There's nothing more invigorating than playing a scale or musical rhythm in front of the whole class flawlessly or, to an even larger extent, a solo in front of an audience. It's something that just gets your adrenaline pumping.

7. Every musical piece has a story.

Since people have been performing music for centuries, you can learn a lot from it. Like I said before, music is an emotional outlet. That goes for those who write music as well! It can be about whatever they want it to be about!

8. It strengthens your left brain.

Music is an extremely left-brain oriented ability! It involves creativity, counting, math, and multitasking. It can be very difficult, but also very rewarding. Music makes you smarter!

9. It teaches you patience.

Since it takes time to become good at music and develop a full understanding of it, patience is key. If you're like me, it might take you a lot of time to develop this patience. But, with lots of hard work, you'll most certainly gain patience in the process of getting to know your instrument!

10. It teaches you discipline.

You have to make yourself sit down and practice in order to gain progress. Sometimes, it's going to be difficult because practicing is the last thing you want to do. With time, though, you'll become disciplined enough to just sit down and do it!

11. It can separate you from the crowd.

Being left-brain-oriented is not something that everyone just naturally has. Music is an art form. A lot like painting and drawing, music is a rare talent that should be treasured. But, if you don't have the talent naturally, work hard to practice and work your way up! People find it very interesting!

12. Music is one of the most fun and interesting things you'll ever engage in.

It's unlike anything else! Get out there and take a lesson!

**This article is dedicated to all those I met because of my little Yamaha clarinet. Large thanks to my parents for giving me the gift of clarinet lessons. To my lesson teachers who never gave up on me: Thanks for putting up with me, even when I had no idea what a key signature was or didn't practice as much as I should have. Most importantly, huge thanks to my band directors in high school. Mr. Gonzales and Mr. Rogers, you guys taught me so much! Thanks for all of the encouragement over the years!**

Madison Franz
The Narrative
1115272
Photo by Brooke Cagle on Unsplash

Madison Franz
The Narrative
653282
Photo by Manny Moreno on Unsplash