12 Crave-Worthy Oatmeal Recipes For The Holidays

12 Crave-Worthy Oatmeal Recipes For The Holidays

Cozy up with some delicious comfort food before you head out to face the seasonal sweater weather. 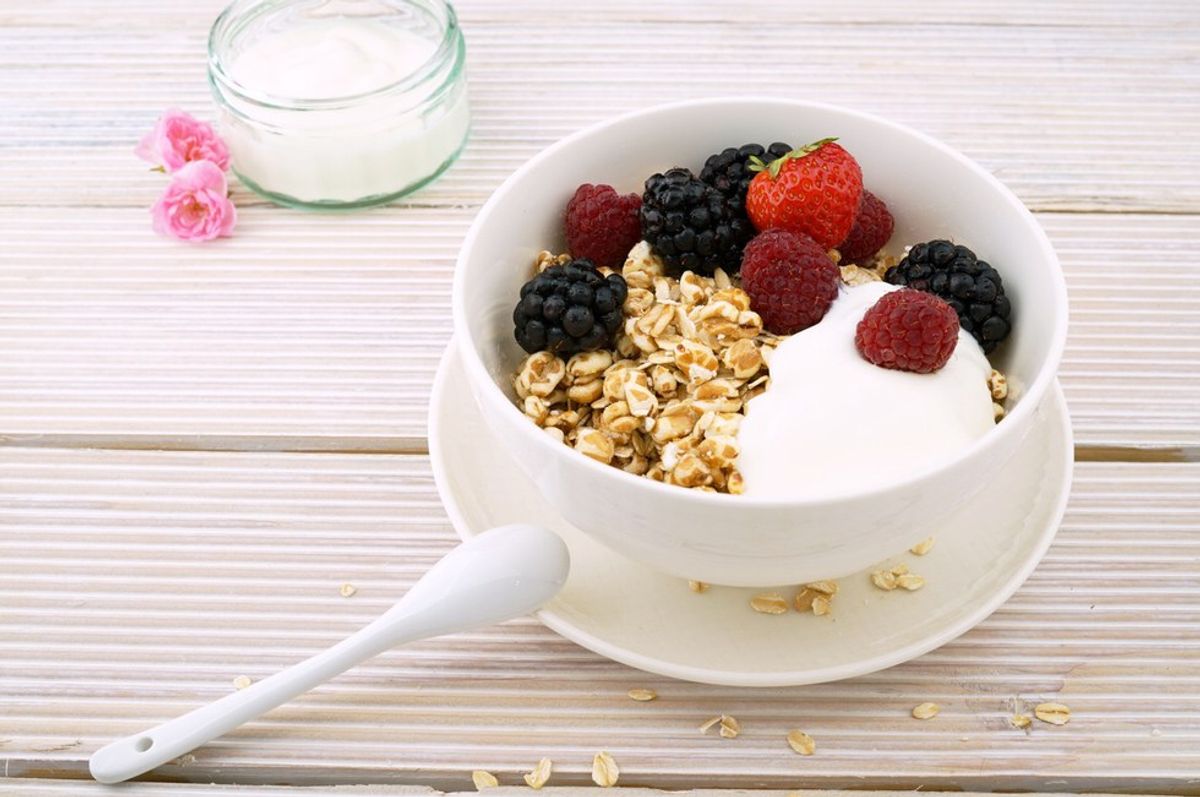 If you haven't started embracing fall yet, now is the time to start. Whether you're living somewhere where it gets cold during the last months of the year or somewhere warmer, fall and winter are still the best times to dive into these seasonal, festive flavors.

Oatmeal is an amazing comfort food during these cold months too because it's warm and usually pretty simple to make. For those skeptical or unimpressed by the oatmeal hype, let me just tell you that oatmeal can be so much more than a pile of mush. Sure, if you want a pile of mush, it's really not that hard to get there, but when it comes to oatmeal, there are endless flavor possibilities.

Some of the recipes I've compiled here require quite a few ingredients, but I tried to keep most of the recipes simple for anyone cooking out of a college dorm or on a budget. You can also omit or modify some of the ingredients, though you'd be doing so at your own risk. Testing your own throw-things-in-a-bowl oatmeal recipes can be fun, but if you want something that's all but guaranteed to be delicious, being able to turn to a nice, cozy recipe is a blessing.

For when you don't want to pay Starbucks prices just to dump your morning Pumpkin spice latte into your oatmeal.

Recipe by The Oatmeal Artist.

For when you want to get a little fancy, or impress someone with your top-notch culinary taste.

Recipe by Love Me Feed Me.

Recipe by Gluten Free With LB.

This way you don't have to sacrifice the chocolate for the pumpkin. And if you're not a huge fan of pumpkin, well, at least there's chocolate—am I right?

Yeah, you could always pour some eggnog over some dry oats, microwave it and hope for the best, but at least following a recipe will make the oatmeal more likely to end up in your stomach rather than down the drain followed by a trail of tears.

Not exactly a fall-themed recipe per say, but I saw "Pancake Oatmeal," became intrigued, and thought I should share. Not sure how much it will taste like pancakes, but then again how do you really describe what pancakes taste like....?

Chocolate oatmeal really is that good. And peppermint? Definitely a must-try.

For when you just want that simple fall taste.

Recipe by My Darling Vegan.

If you're still not impressed, you could always try baking or microwaving your favorite oatmeal cookie dough recipe and see what happens. As long as it's in a bowl, no one has to know you're literally eating cookies for breakfast. Or lunch. Or dinner.

Madison Franz
The Narrative
1120193
Photo by Brooke Cagle on Unsplash

Madison Franz
The Narrative
655566
Photo by Manny Moreno on Unsplash