12 Concepts and Styles in K-Pop

12 Concepts and Styles in K-Pop

The Trendsetters of the Youth Generation 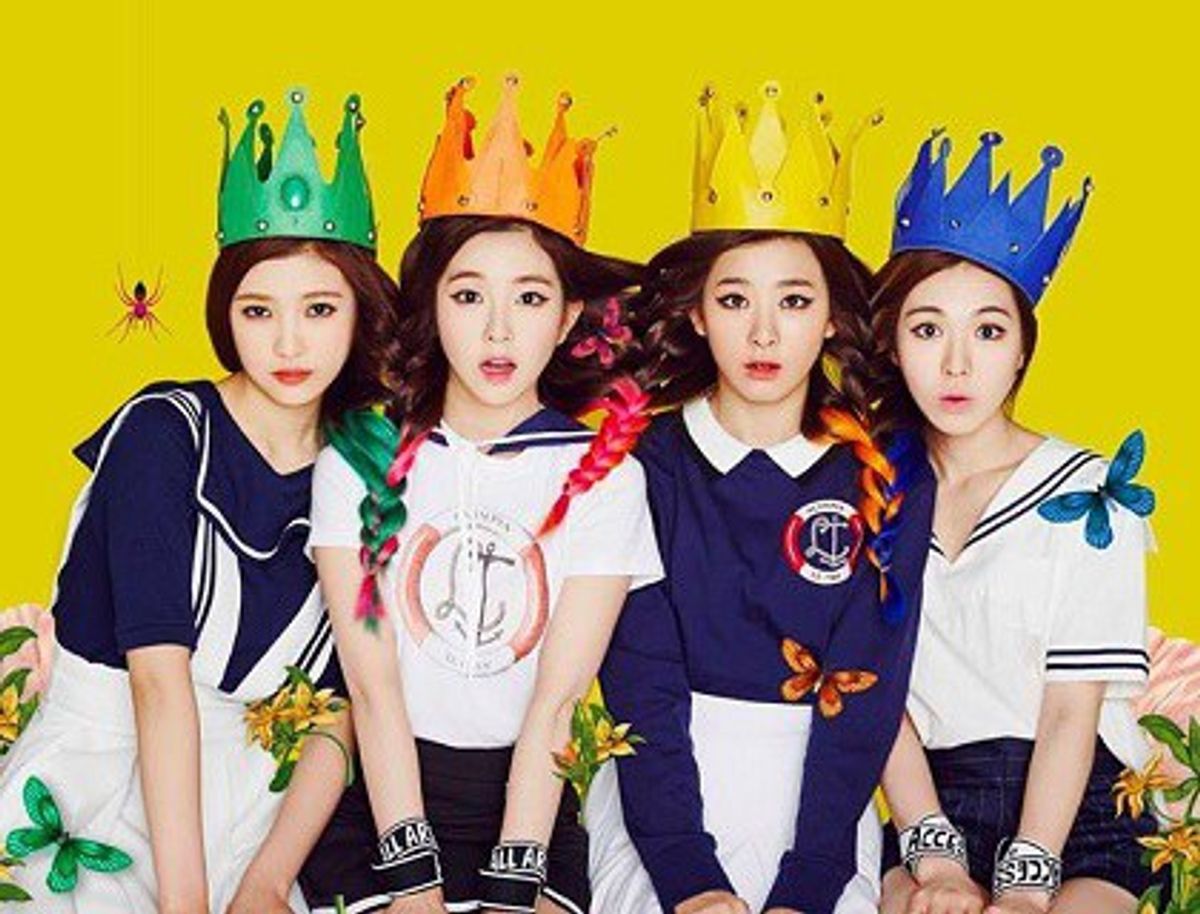 K-Pop (Korean Pop music) has been recognized and grown in global attention. Although the name suggests just pop music, K-pop encompasses every genre. In K-Pop, most artists are called "idols" because of how devoted fans are to their favorite musicians. Although the music and people are different, many K-Pop groups and idols share similar concepts and styles.

The style that most idols go through is their hair blonde. As most Asians have black or dark brown hair, blonde hair is hard to pull off. When an idol is found to match in blonde hair, the idol is acknowledged as beautiful or handsome. As South Korea is a country that puts a lot of emphasis on beauty, this style can boost the popularity of a star.

Usually during the debut or early years of an idol's career, the school uniform look is used to bring out the youthfulness in the artists or create a pure and innocent concept. This concept usually attracts student or young fans.

Not many idols use this concept. However, many artists have gained immense popularity with funny costumes, dances or music videos. In the case of Crayon Pop's Bar single, the combination of helmets, synchronized jumping dance and unusual outfits changed their status from little-known to a nationally-known girl group. Their video was even showed on The Ellen Show for its uniqueness.

These concepts and styles arouse nostalgia of past eras and decades. Brought back with a modern twist, the retro feel is found in artists' fashion, music or dances.

This concept is frequently adopted in the summer when students are on break because the weather is nice. These songs become the number one song heard in clubs or festivals. The songs are meant to be danced to and boost energy in the listeners.

This concept incorporates the uniforms of athletes and is used to show off a healthy look. As many musicians are performance-based, a large focus is put on the outfits and beauty. These outfits usually trend among the youth or generate a lot of interest.

This concept is used to bring out the musicality of the artists and prove that they are worthy of being called "musicians." Idols have a negative stigma of being untalented to be considered a musician or artist. Through recent shows broadcasting the versatility and wide range of vocals of idols, self-written and instrument use, this stigma has died down.

This concept is either used for comedy purposes, perform songs of an opposite gender artist or group or for fashion. Ren of Nu'est gained large interest for matching the feminine concept. Many females have commented, "He's prettier than me." He is shown in the first picture below.

This concept is used by both female and male stars. This style displays sophistication and formality.

This concept is used for music videos, fashion and the performance of a song. From werewolves to robots, the concepts are used to make key dance moves and bring in more fans.

This style is modeled to imitate the polished clean look and emphasize the synchronization of the dances of idols.

The hanbok is Korean traditional clothing. This outfit is usually worn holidays, weddings and at other formal events. This look is heavily praised and gathers tons of interest because the light make-up is applied for these outfits and emphasizes natural beauty.