11 Weird Donald Trump Themed Products That You Can Actually Buy
Odyssey
CurrentlySwoonLifestyleHealth & WellnessStudent LifeContent InspirationEntertainmentPolitics and ActivismSportsAdulting
About usAdvertiseTermsPrivacyDMCAContact us
® 2023 ODYSSEY
Welcome back
Sign in to comment to your favorite stories, participate in your community and interact with your friends
or
LOG IN WITH FACEBOOK
No account? Create one
Start writing a post
Politics and Activism

11 Weird Donald Trump Themed Products That You Can Actually Buy

The Internet is so wonderful and useful, but it's also full of stuff like this. 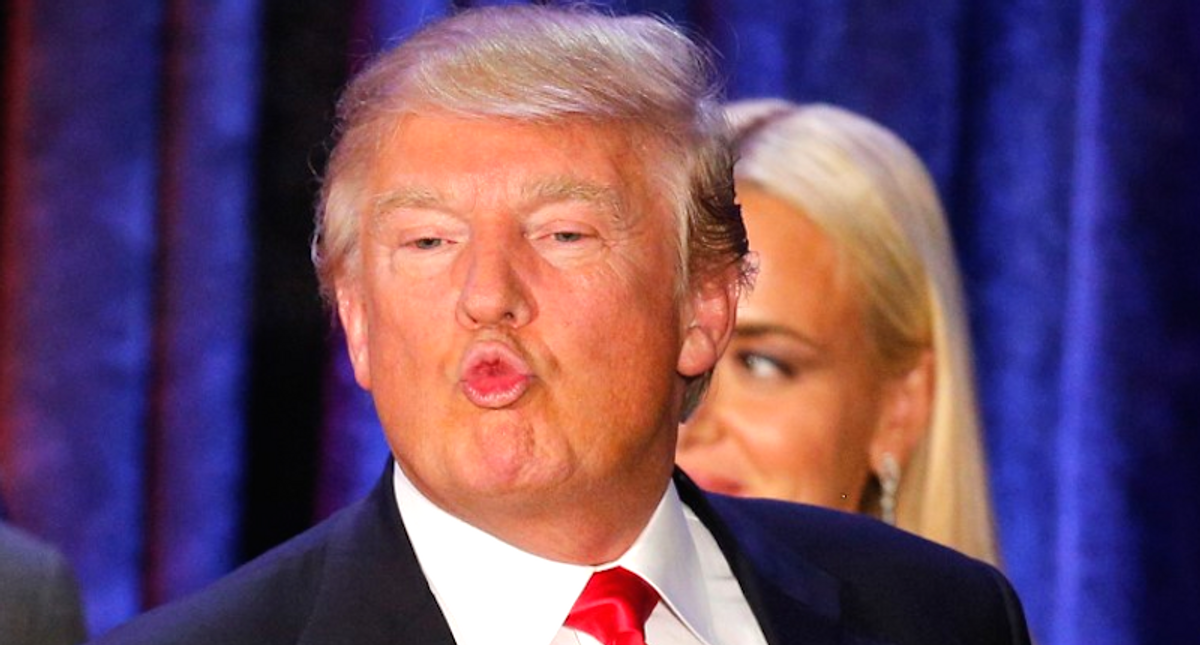 Donald Trump is an odd guy. He makes a lot of lewd statements, gets a lot of publicity, and, somehow, gets a lot of votes. That's right, although many of us thought that his run in the presidential race might turn out to be a joke, this is really happening.

Of course, many of us are wondering how to handle all of this. We are wondering if a man who seems so careless, rash, and hotheaded could really be president. Is he experienced enough? Does he have enough political knowledge?

However, Trump has lost the support of a large portion of the GOP. There are many influential Republicans who do not believe that Trump is diplomatic or experienced enough to sit in the Oval Office and there are even talks of recruiting a third party candidate.

Luckily for Trump, if he is ousted by the GOP, he doesn't have to forget all of the fun times that he's had while saying offensive things and making people feel uncomfortable on social media. There are lots of memorabilia for sale on Amazon.com to remind him of that.

1. "Bard of the Deal: The Poetry of Donald Trump"

The excerpt reads, "I was attacked viciously / By those women, / Of course, it's very hard for them / To attack me on looks / Because I'm so good looking."

It's "made in the USA (or possibly Mexico - but probably the USA... yes, it's definitely the USA)!"

Does the phrase "ready to burst" make anyone else a little uncomfortable?

I'm not sure if this is for kids or for adults.

It doesn't specifically say "Trump" on it, but it comes up in the search results when you look up "Donald Trump" on Amazon.

I never thought that I'd say that combination of words together.

These can be worn with Trump costume.

Just in case you wanted to hear more of the voice that we all know by now.

Do dogs even like wearing shirts? This one just looks confused. (I must admit, I am confused too.)

I know that you're probably checking your bank accounts now to make sure that you have enough money to buy all of this stuff. Don't worry, it seems like there's plenty of weird, unnecessary memorabilia for all of us.

QueenRadhi
The State University of New York at Stony Brook
405