11 Things Eastern Europeans Are Tired of Hearing
Odyssey
CurrentlySwoonLifestyleHealth & WellnessStudent LifeContent InspirationEntertainmentPolitics and ActivismSportsAdulting
About usAdvertiseTermsPrivacyDMCAContact us
® 2023 ODYSSEY
Welcome back
Sign in to comment to your favorite stories, participate in your community and interact with your friends
or
LOG IN WITH FACEBOOK
No account? Create one
Start writing a post
Politics and Activism

No, my mother was not a mail-order bride. 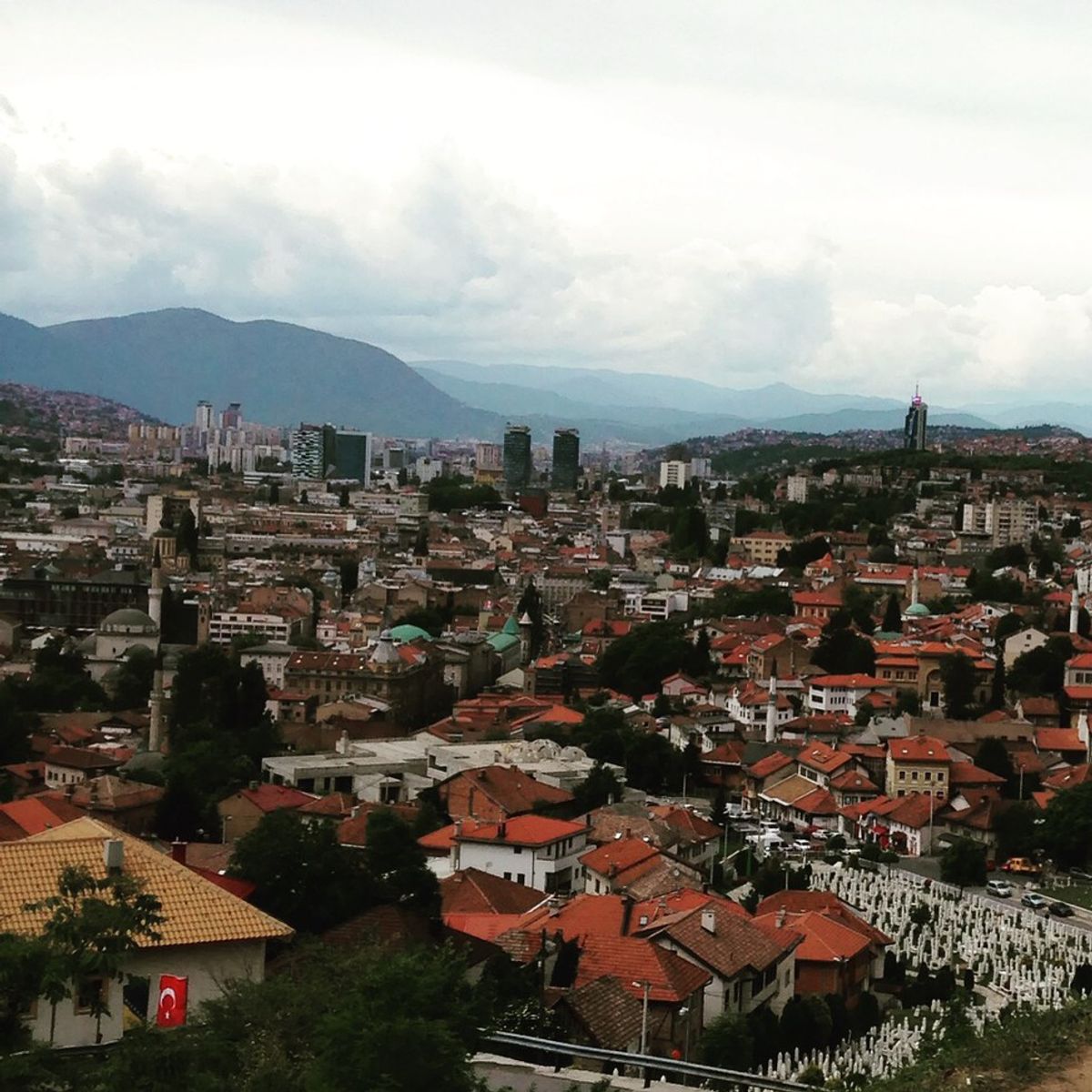 If you're someone from Eastern European descent living in America you know three things are inevitable. One: your family can never agree on which deli sells the sausage that tastes the closest to the one they have back home. Two: drawing your family tree for school took up an entire poster board. Three: most Americans have never heard of your country, and if they have, they probably have some really silly stereotypes about it. For my fellow Eastern Europeans, read on to know you're not alone. For my fellow Americans, read on to know what to stop asking us Slavs. Please. We beg you.

Probably not. As you can see from the handy map attached above, there are 21 countries considered to be Eastern European, 20 of which are not Russia. Each country has its own unique culture and history - and let's not even get started on the many stateless ethnic groups in this region.

2. "But you don't look Eastern European!"

Some people seem to think all Slavic people are tall, blonde and blue-eyed. As I've mentioned before, there's tremendous ethnic diversity all over Eastern Europe. Some of us do look like Russian model Natalia Vodianova (pictured above), but some of us did not get so lucky in the genetic lottery. There's no one way to look Slavic, the same way there is no one way to look American.

You can keep your fancy French food, your sushi rolls and your famous Italian pastas. On a cold Vermont night with only food from the dining hall to fill my belly, I miss hearty Eastern European food the most. From pierogi to kielbasa to burek, we know how to make tasty, spicy food that really fills you up.

4. Eastern Europe is so ugly. I never want to visit it.

It's alright, you can stay away. You're not missing much - only cities that are centuries old and still retain their charm, rolling countryside, beautiful beaches and spectacular castles. If you're going to miss all of this because you watched a movie once that portrayed Eastern Europe as dreary, go ahead.

5. I understand what you mean, but isn't all that communist architecture hideous and annoying?

I'm not going to sit here and defend Soviet architecture. They have given us some of the ugliest buildings known to man, but that doesn't mean that every single building is like that. However, there's a certain brutal beauty to those monuments that intimidates you into enjoying them. Or making fun of them.

I like the way my lungs currently function. Next question.

7. You must be able to drink anyone under the table.

Sadly, the ability to drink copiously is not passed on genetically. This particular stereotype is true to some extent - drinking is a huge part of Slavic culture and we have many kinds of hard liquor strong enough to knock your wisdom teeth out. However, there are many Slavs who don't like to drink and there is also many Eastern Europeans who are devout Muslims. Once you learn about the high rate of alcoholism that plague many Eastern european countries, the stereotype is less funny.

I find this especially rich coming from Americans, land of no gun control. Yes, all Eastern European countries have a violent history, but we're from a pretty dangerous neighborhood, and our neighbors keep conquering us.

Even if he was, would I really answer that? Would I?

10. Do you need help getting papers?

(usually said by American/Western European boy looking to get some). Nope, I'm not looking for a marriage of convenience. I was born here, actually.

11. I want to marry a nice Eastern European girl. She'll be hot, submissive, and will do whatever I want inside and outside the bedroom!

Even supposedly progressive shows like Orange is the New Black perpetuate this stereotype of the beautiful Slav girl willing to marry a much older man and take care of him. Yes, a lot of Eastern European girls are still taught by our parents to obey our husbands and to clean the house, but most of us don't care about that at all, and would throw a sandwich at someone before making it when ordered to. This stereotype is even less funny when you think about the high rates of Eastern European women forced into sex trafficking.

So here's a primer to not annoying an Eastern European. You don't want to make us angry - remember we're all gun-toting alcoholics with trigger fingers!

Nicole Marie Nigro
Individual Creator
1749
c1.staticflickr.com
Where to start...... Let me start with the cliche that life throws us curveballs and what we do with it is what counts.