11 Shirts to Show Your Electoral Support for Other Candidates
Odyssey
CurrentlySwoonLifestyleHealth & WellnessStudent LifeContent InspirationEntertainmentPolitics and ActivismSportsAdulting
About usAdvertiseTermsPrivacyDMCAContact us
® 2023 ODYSSEY
Welcome back
Sign in to comment to your favorite stories, participate in your community and interact with your friends
or
LOG IN WITH FACEBOOK
No account? Create one
Start writing a post
Politics

11 Shirts to Show Your Electoral Support for Other Candidates

Because you may vote for someone running, but you're not going to rep them. 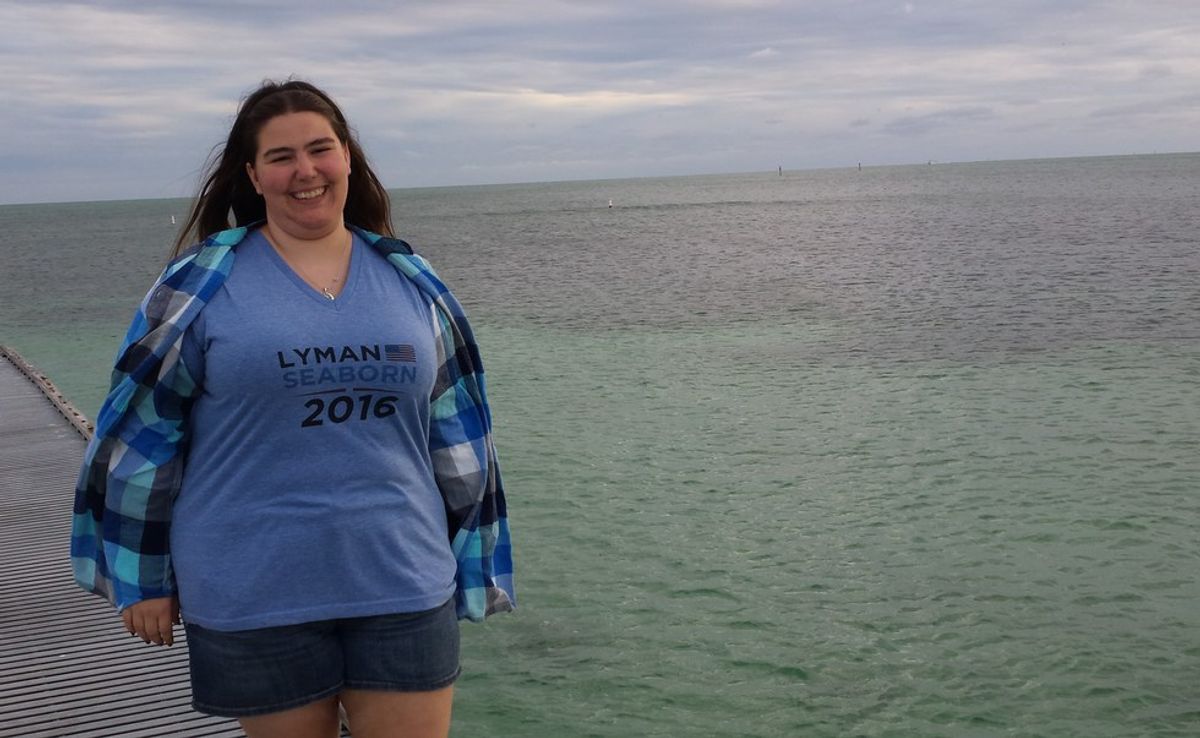 You could of course buy t-shirts for the two actual campaigns, but why would you do that when you could support far better candidates for president?

Josh Lyman and Sam Seaborn of The West Wing, that lovable duo who were idealistic and passionate about the causes they believed in. Any West Wing fan will love this comfortable shirt advocating for a reign of Bartlet's political progeny. Buy it here, and choose from several styles and colors.

It's 2016 Ladies, get out and vote A. Ham! I mean, yeah, he talks too much, and yeah he sort of wanted a monarchy, but we'd probably get decent immigration laws. Buy it here, or a unisex sweatshirt here.

Jimmy Fallon is entirely in on this idea. Whether is running mate agrees with him is another question. Show your support for what must be an actually funny ticket and buy it here.

Support the Harry Potter Alliance with this t-shirt in support of a ticket of brains, determination, heart, and soul. Buy it here.

Why pick the lesser of two evils when you can pick the greatest evil? Cthulhu wants your vote and has over 200 reasons why you should vote for him on his campaign website. Also there you can pick up this (or other) nifty Cthulhu shirts.

Some think this actually happened in the Parks and Recreation universe. If you're one of them (and think Leslie Knope would be a great candidate in this universe as well show your views and buy this shirt here.

Let's bring the future back tot the present with a ticket that would for sure support a ticket of infinite diversity in infinite combinations. Buy the shirt here.

The only wizard Voldemort ever feared is seeking to add President of the (Magical?) United States to his resume. Will you vote for the Bumblebee? If so, buy the shirt here.

Let the leading ladies of comedy get things done! Trailblazers in comedy, they certainly could be trailblazers in politics as well. Buy it here.

Just fed up with everyone running? Willing to take anyone else? Maybe you just don't want to run buy you'll take anyone besides yourself? Buy it here.

But seriously everyone, get out and vote. Don't throw away your shot to influence this crazy election.