100 Good Things That Happened In The Last 100 Days
Odyssey

100 Good Things That Happened In The Last 100 Days

There are 100 other things that have happened in the last 100 days. Trump serving as president is just one of the many things. 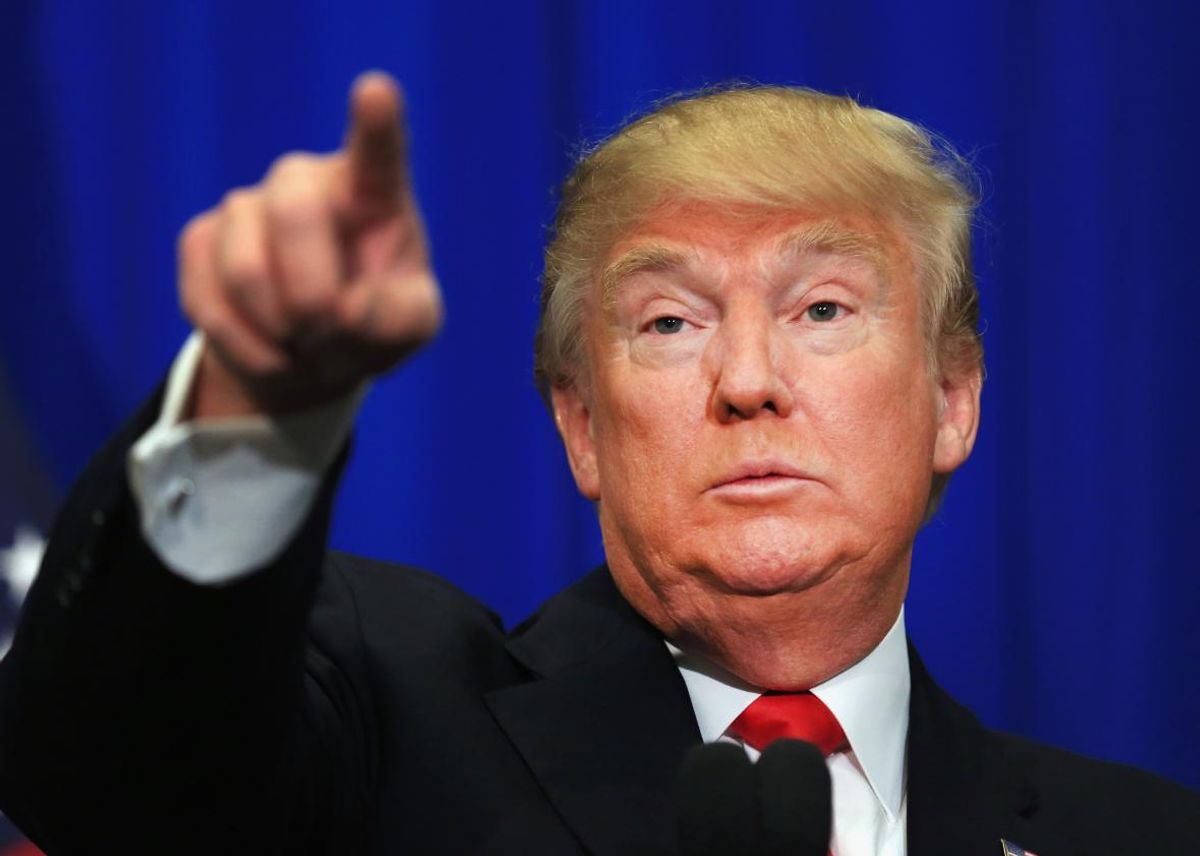 Everywhere you look, Trump is happening. Whether you love him or hate him, he's there. April 29th marked Donald Trump's 100th day in office serving as the President of the United States, and the media couldn't get enough of it. The milestone was talked about constantly on his 100th day and is still being discussed now, a whole week later. I am someone who personally falls in the "disliking" of Trump category and I feel like his first 100 days in office has brought forth a lot of negativity. So with that in mind, I decided to compile a list of 100 great things that have happened despite Donald Trump being sworn into office. We all could use some more positivity, that's for certain.

In the last 100 days, these and (many more) great things have happened...

1. Someone was visited by the Tooth Fairy.

3. Chance the Rapper won his first Grammy ever.

5. A student received an A on their paper.

8. SpaceX is on track to launch their first ever private mission to the moon.

9. A stranger bought a $749 plane ticket for a distraught father who was told that his daughter couldn't fly free.

10. Someone got promoted/started a new job.

11. The Obamas got some well-deserved relaxation time and took great vacation photos.

16. Many teenagers passed their driving test and received their license.

17. A doctor in Canada saved a woman's life by removing her lungs for six days while she awaited a transplant.

19. The "Fate of the Furious" had the highest international box office weekend ever at $532 million.

20. Someone held the door open for someone else.

22. Someone tried fried chicken for the very. first. time.

25. Oprah Winfrey joined the cast of "60 Minutes" as a special contributor.

26. A mother found out that she was pregnant.

28. A newly discovered asteroid flew past earth at half the distance of the moon.

29. IKEA donated doll beds for cats at an animal shelter.

30. A child finally got adopted.

31. The "Fearless Girl" statue was installed on Wall Street.

33. Someone heard their "new favorite song" play on the radio at the best time.

34. A London Marathon runner gave up his own race to help an exhausted competitor cross the finish line.

36. A group of high school students started a club to make sure no one has to eat lunch alone.

37. Someone experienced their very first kiss.

38. A man made a tiny wheelchair for a goldfish with a bladder disease.

40. Moonlight won picture at the Oscars.

41. A patient found out that they are now cancer free.

42. Nike announced that they will begin selling performance hijabs for muslim female athletes in 2018.

43. Someone found $5 while digging through a random purse that they forgot they had.

44. April the giraffe stole the nation's heart (and attention) and finally had her baby.

45. New Yorkers united to scrub hateful graffiti off of a subway.

46. A retired racing horse saved its life by starting to paint.

48. The Ooho Edible Water Bubble started development to eliminate the use of plastic bottles.

49. The live action "Beauty and the Beast" was released.

50. Someone read "Harry Potter" for the first time ever.

51. Five-year-old Edith Fuller will be the youngest contestant ever in a national spelling bee.

52. A group of friends took a complete stranger on their trip with them because he shared the same name of their friend who dropped out.

53. Someone successfully completed the monkey bars without falling off.

55. A woman won the $3.3 million lottery jackpot after quitting her job.

56. NASA's Cassini spacecraft is nearing the end of its seven-year journey and is currently orbiting Saturn.

58. England had its first day without coal since the Industrial Revolution.

60. Taiwan became the first Asian country to ban the consumption of dogs and cats.

62. The number of child deaths is cut almost in half globally since 1990.

63. A small, family-run newspaper in Iowa with a staff of only 10 people won the Pulitzer Prize for editorial writing.

66. The University of Minnesota Women's Rugby Team got first place at the All Saints Tournament. (Shoutout to my roommate Anna.)

67. Someone had a fun night out drinking and miraculously, woke up without a hangover in the morning.

68. Someone helped save a life by donating blood.

70. Two eye surgeons have restored sight to over 4 million people.

71. Someone felt the joy of popping bubble wrap for the very first time.

72. A teacher gave every student in her school a new bike.

74. Many people received their tax refund.

75. Someone watched an episode of "The Office" and realized it's one of the best shows ever.

79. "Pretty Little Liars" came back and started its final season.

80. Someone was the first in their family to graduate college.

81. The Zoological Wildlife Conservation a "sloth sleepover" night where you get to spend the entire night with sloths.

82. Norwegian Air is offering flights from New York to Europe for $69.

83. A child probably beat a parent in the game of Tic-Tac-Toe.

84. A 100-year-old woman got arrested to fulfill her bucket list goal.

85. Someone received a bouquet of flowers.

87. The first human head transplant has been scheduled

88. Someone enjoyed a bubble bath.

89. A parent heard their child say their first words.

90. An athlete scored the winning point(s) for their team.

91. Chris Rock embarked on his first tour in 9 years.

92. The second season of " Stranger Things " is currently being filmed.

94. A little kid was able to finally take the training wheels off of his or her bike.

95. Corey Hancock saved a lifeless bear cub he found on his hike.

96. A teen invented a bra that has the possibility to detect breast cancer.

97. Someone celebrated a birthday.

98. Someone felt the joy of popping bubble wrap for the very first time.

99. A student (hopefully) finished paying off their student debt.

100. A woman with down syndrome fulfilled her dream of presenting the weather forecast on national television.

So whether you like or dislike Trump, that doesn't matter to me. My point is that a lot of things have happened in the past 100 days. Trump serving as president is just one of them. Regardless of if you are a fan of what the current administration is doing, just know that there's more out there to be hopeful about.