10 Things Women Who Can't Cook Know To Be True

10 Things Women Who Can't Cook Know To Be True

It's a curse when you love food so much. 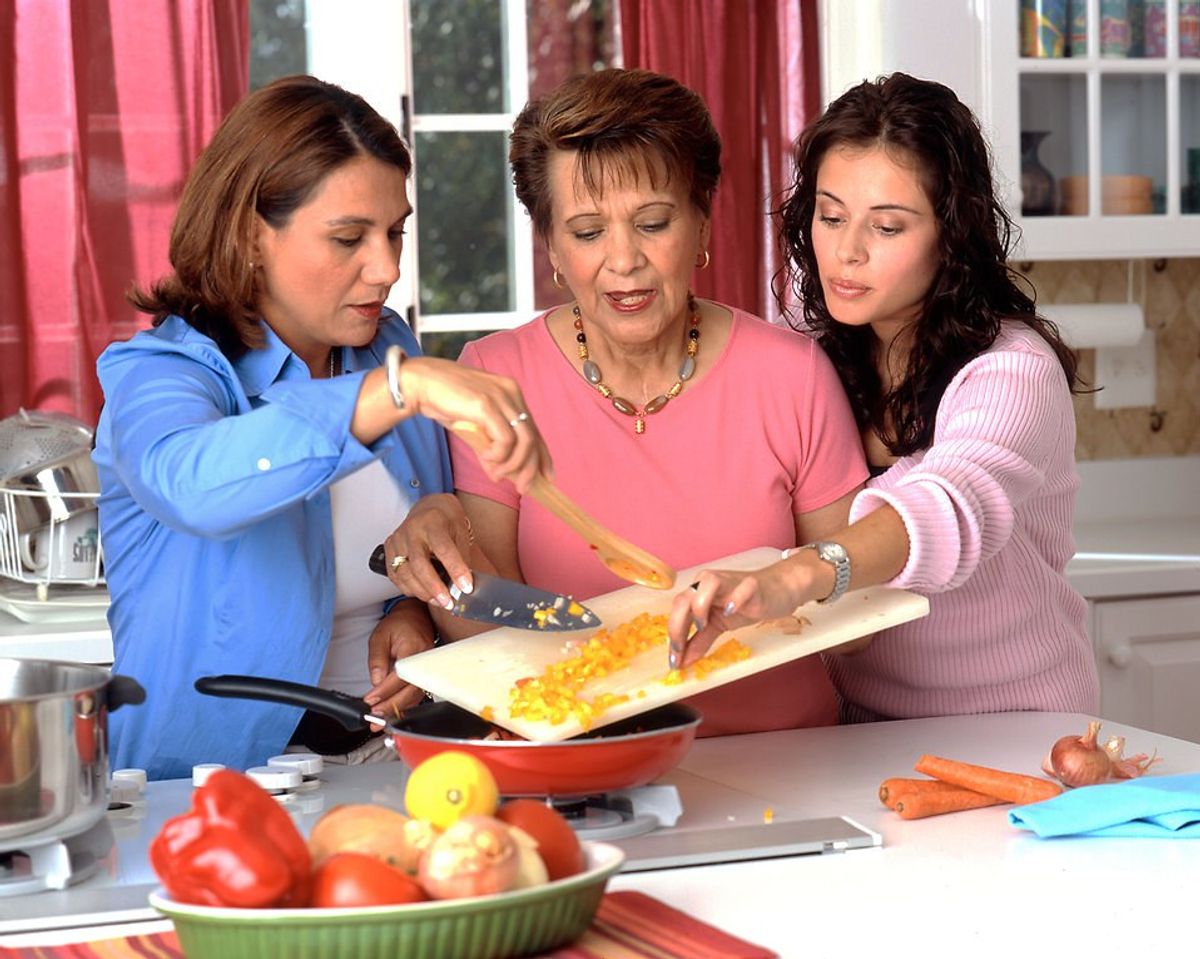 For the girls who can cook, congrats, you are one giant leap ahead of the rest of us, who can't be as perfect as you.

Women who can’t cook are constantly worried about this. When meeting a man, it’s definitely in the criteria that, in order to be even considered for marriage, they must be able to cook. Otherwise, the whole family will probably end up either starving or getting fat because they eat out too much.

2. Every time you attempt to bake, something goes wrong.

After a while of not baking or cooking, our minds develop this idea that it’s a good idea to try cooking again. THIS IS A TERRIBLE IDEA!

Sure, we understand the names of most ingredients, but then trying to find them, put the ingredients in the right measuring utensils, and put them together properly can take us FOREVER to figure out.

4. You secretly want to live next to (or with) your best friend solely so they can cook for you.

If your best friend can cook, this isn’t that bad of an idea! Just pay them in love and compliments on their food when they cook for you.

5. You dread the idea that you might have to be cooking a Thanksgiving or Christmas meal one day.

Women have been stereotyped as the ones to make the big feasts for Thanksgiving and Christmas since the beginning of time. In modern day situations, though, not every family has the mother (or woman) as the one who is the only person cooking the food. If this is your family, then you’re safe! Clean it all up, set the table, do anything else so you can avoid cooking that meal. As for the women who did grow up in a household where the women cook the meal, good luck, because you had better store-buy it or something.

6. You tend to order out more often than normal so you can avoid cooking.

Pizza, Chinese, Mexican, American, Thai… literally any kind of food you could want is somewhere at a restaurant. The rational mind of a woman who can’t cook loves the idea of going out to eat. It’s all the fun of eating without the mess. The bonus is that it’s even edible.

7. You get frustrated when your friends ask you “Is that supposed to be a sandwich?” or about any food that isn’t what it’s supposed to be.

Cooking is hard, and when a woman who can’t cook has finally gotten the courage to make something, be a good friend and don’t ask her about the food! If you have to say anything, just say that it looks good, because nine times out of ten, she is already sitting there frustrated because the food didn’t turn out the way that she wanted it to.

8. Even if you can’t cook, you still eat more than anyone you know.

Food is food! Just because you can’t cook doesn’t mean you like food any less than the normal human being. In fact, sometimes women who can’t cook eat more than normal, because everything they are eating is good because they weren’t the one that made it.

If you want to keep your house/apartment/condo or whatever you are living in, then I would advise you not to ask her to cook, because we will most likely burn something and then we will tell you that we told you so.

10. The one in a million chance that we make/cook something the right way will make us happier than eating it.

For women who can’t cook, finally being able to cook something is like winning a trophy or an Olympic medal. The very rare chance that something we cook comes out normal, I promise you we will be bragging about it for a very, VERY long time.