10 Thoughts You Have While Watching Shameless
Odyssey

10 Thoughts You Have While Watching Shameless

Warning: This show is dangerously addicting. 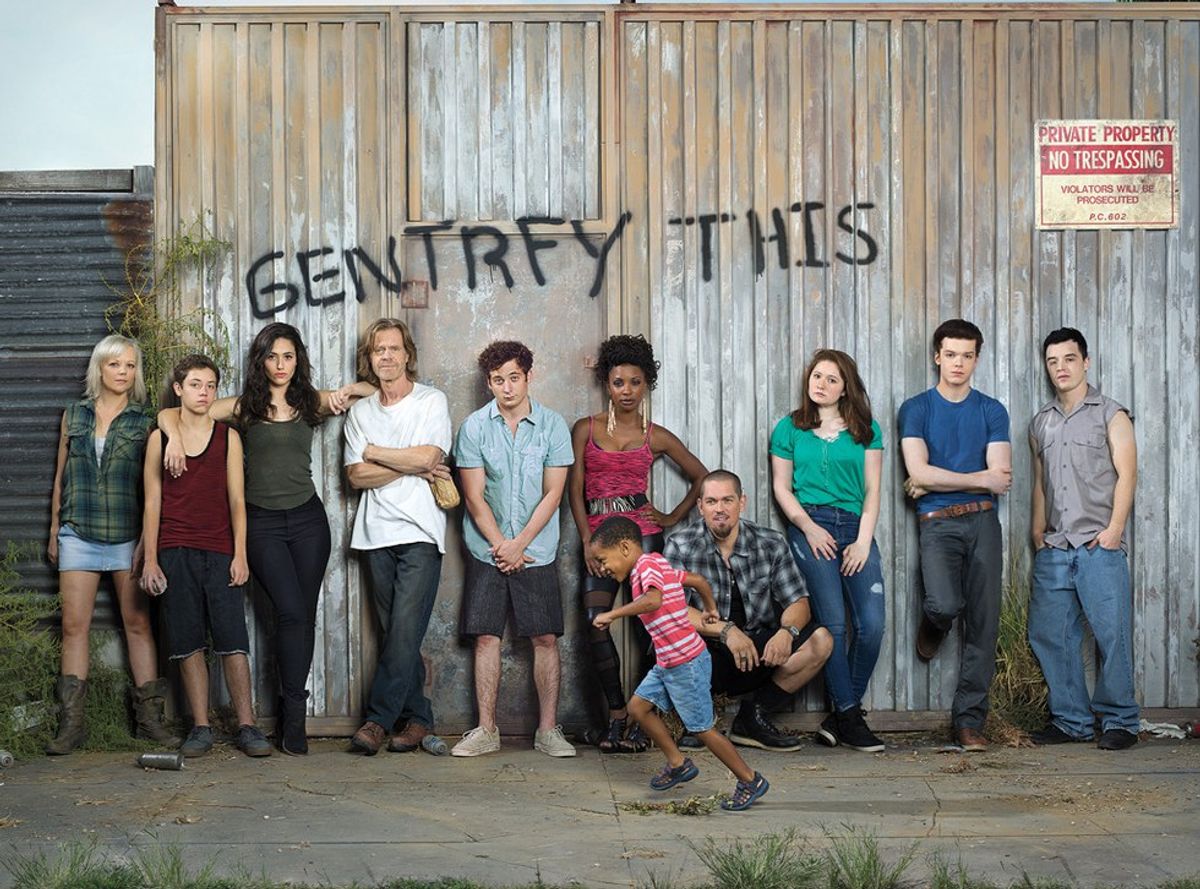 Granted I'm only on season 4 at this point, these are ten things that I think about while I watch Shameless.

In the beginning, it's not hard to tell that Frank completely sucks. There's no denying it, however, there are glimpses when he shows some sort of compassion (even if it's for one millisecond). Overall, Frank ends up reverting back to his conniving ways, but some of the Gallaghers are able to break through to him.

V and Kev are probably the most stable thing about the entire show so far. Although they've had their moments, they always seem to make up sooner rather than later. They are certainly a very open couple, all things considered, but they are perfect for each other and that's all that matters. V and Kev bring hope that things will get better.

3) Will things ever get better?

That brings me to my next question, "will things ever get better?" At this rate, it's looking pretty rough out there. Some how right when things start going well, hell comes back around, and something goes wrong. They always seem to figure things out though.

4) This is how people gain street smarts.

Honestly, all of the Gallaghers are intelligent. No, it's not your conventional form of intelligence, but they know how to survive and get what they need. They know how to live off of almost nothing, but still sustain the bare minimum to survive, and that's something admirable in itself.

5) What more could go wrong?

On top of wondering if things will ever get better, you will 1000% wonder what else could possibly go pretty much every episode.

6) Will Fiona ever find someone?

Fiona certainly has a type of guy that she gravitates towards, but that doesn't mean that she doesn't deserve to have someone that's crazy about her and really gets her. Time after time, I find myself asking if she'll ever find someone who really understands her and excites her all at the same time. That may be a lot to ask for.

7. Where will Debbie and Carl end up?

Currently, Debbie is a hurry to grow up, and with all the confusion with things at home and with boys, she's definitely having a tough time. Then there's Carl, he has always been the one who's been a little different out of the Gallagher bunch. He's really developed as a character. These two are the one's you really wonder what they'll end up like.

8. Will Ian ever be with someone who loves him and isn't afraid to show it?

Ian is such a sweet guy, and adding the dynamic of him being gay to a show like this is ground breaking. That being said, you will always wonder if he'll be with someone who really loves him for him and isn't afraid to show it, no matter where they are.

9. Why is this show so addicting?

I really wasn't sure if I'd enjoy this show, but it sounded intriguing. I can't stop watching this show, every time an episode ends, I'm clicking the remote to head right into the next episode. I haven't figured out why it's so addicting, but you really just want to know what happens next.

In the end, though you sit and watch their struggle, you can't help but ask, "Can I be a Gallagher?" This family is truly tight, regardless of what happens to them they always stick together and fight for one another. There's something to be said for a family like the Gallaghers, you may not necessarily want to be in their situation, but you certainly want to be around a group of people like them.

Now, if you haven't watched this show, and you're looking for a new binger, go watch this show. I can almost guarantee that you won't regret it by any means.